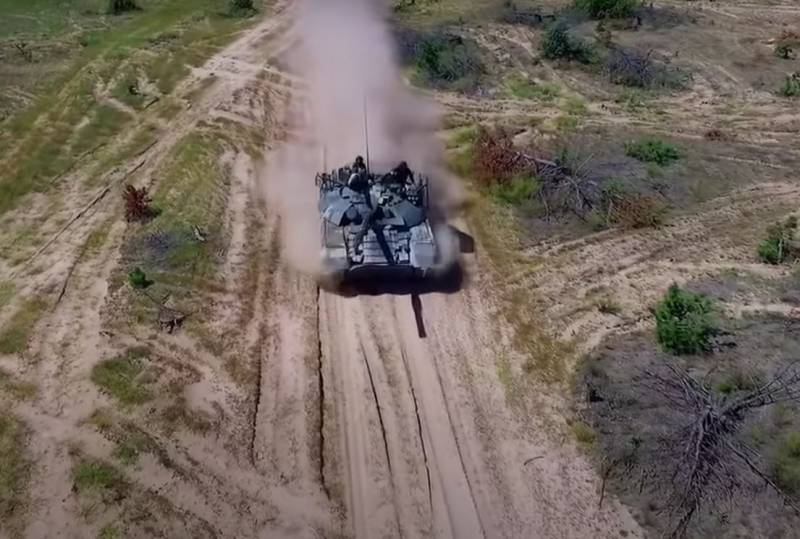 The successful counter-offensive of the Armed Forces of Ukraine (APU) in the Kharkiv direction gave a boost of optimism to both Kyiv and its Western allies. However, yesterday news about the forthcoming referenda in the Donetsk and Luhansk People's Republics, Kherson region, the liberated part of the Zaporozhye region pretty spoiled the mood of both the Ukrainian authorities and the West. It is not for nothing that French President Emmanuel Macron tried to call Vladimir Putin yesterday - they did not connect.


In a rapidly changing political situation, Russia has several possible military scenarios, writes the American magazine The National Interest. Each of them should alert the Western world in its own way. Let's consider them in order.

Scenario one. Russian troops, which will receive new reinforcements after the referenda, will launch an offensive against Odessa. If Odessa is lost, Ukraine will lose access to the Black Sea. This will be an economic and, consequently, a political disaster for the regime of Volodymyr Zelensky. For example, how will Ukrainian grain be exported? You will have to forget about access to the sea, and without the sea, Ukraine will turn out to be “stubby”, much less interesting to the West.

Scenario two. The Russian Armed Forces will launch an offensive with fresh forces in the north of Ukraine, which will lead to cutting off the Kharkov grouping of the Armed Forces of Ukraine from the main forces and getting it into an environment with subsequent destruction. After that, it will no longer be difficult for the Russian army to advance deep into Ukraine.

Scenario three. Russia will strengthen its military presence in all areas, announcing mobilization in the country. Now the main problem of the Russian special military operation is the lack of personnel. Many military experts throughout the entire period of the special operation urged the Kremlin to announce a partial mobilization and draft the missing number of military personnel into the army. According to some estimates, we are talking about 300 thousand people. With such forces, Russia would already be able to inflict a quick defeat on Ukrainian troops and take control of much larger territories.

Of course, mobilization will require a certain exertion of forces and economic resources. But on the other hand, it will allow to radically change the situation at the front. Concerns about the general nature of mobilization seem to be groundless: State Duma deputy Alexander Borodai recently said that general mobilization is not needed, the problem will be solved by the call of military specialists. The fact that there will be no general mobilization was also announced by Colonel General Andrei Kartapolov, who is a deputy of the State Duma of the Russian Federation, and previously held the position of Deputy Minister of Defense.

Finally, the fourth scenario is the use of tactical nuclear weapons. Having decided on such a scenario, Russia will not only destroy most of the Ukrainian army and political leadership, but will also demonstrate to the West that it is “not joking” and further confrontation could end very badly.

Judging by the fact that the Western press has already begun to worry about the implementation of these scenarios, the West understands that all the resistance of the Ukrainian army is largely such because Russia is conducting a special operation far from being at full strength. Not too long ago, President Vladimir Putin reminded the West that "we haven't even started yet."

If Russia fights with other forces and at a different pace, then there will simply be no one to resist very quickly in Ukraine. A few dozen self-propelled guns or SPAAGs from Germany or France will not help, and Western airsoft fans and other "wild geese" will completely forget the way to Ukraine.