If you have a hijab 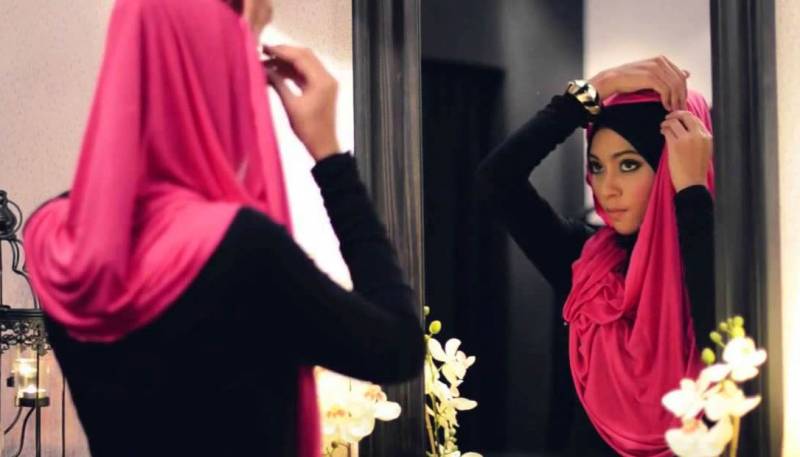 Why does Russia wear a hijab?

Our media write a lot about the fact that the streets of a number of European cities are filled with crowds of refugees and migrants from Muslim countries. In 2005, the book "The Mosque of Notre Dame" by the writer Elena Chudinova made a lot of noise.

The main events of the novel take place in France, where most of the population converts to Islam, and almost all of the cultural heritage of Europe and works of art have been destroyed. Many have condemned the novel for its anti-Islamic views. However, the proportion of Muslims in Europe has since grown markedly. According to various estimates, there are between 19 and more than 25 million Muslims in the EU today.

And what about us, in Russia? To begin with, we note that Muslims are the original inhabitants of the Russian Empire, the Soviet Union and, of course, Russia. First of all, we are talking about the indigenous population of Siberia, the Volga region, the North Caucasus and the Crimea. But after all, citizens from Central Asia and Transcaucasia also come to Russia to work and live.

As of 2018, there were 25 million Muslims in Russia. Sheikh Ravil Gaynutdin, chairman of the Council of Muftis of Russia, spoke about this. That is, in terms of the number of representatives of this religion, Russia and Europe are practically equal. But after all, the population of Russia (145,1 million) is significantly less than the European one (746,4), so in percentage terms we confidently took the lead.

And if earlier Russians, as a rule, read about the hijab, niqab, veil and veil in books or saw these items of clothing in the movies, today a girl in a hijab on the streets of our cities is quite a familiar sight. In general, the hijab has become a kind of symbol of the Islamization of Russia. So let's talk about him.

Many mistakenly believe that the Holy Book of the Quran does not say that a woman should cover her head. It is not written in plain text, but this does not mean that there is no such provision in Islam. Although, according to the texts of the Koran, as well as numerous hadiths, initially the requirement to wear a hijab was addressed only to the wives of the prophet.

Hijab - literally translated from Arabic means "veil". In the broad sense of the word, it can be any clothing that meets the norms of Islam, which are called natural modesty. In the traditional sense, a hijab is a women's clothing that covers the entire body of a woman with the exception of the face, hands and ankles, therefore, a hijab is also understood as a dress that hides the figure in a special cut.

But in the West, only a headscarf is called a hijab. However, in Russia the word hijab is also used to refer to the traditional Muslim women's headscarf. Today, for many ethnic Muslims, this scarf is no longer the clothes of mother and grandmother. This is quite a modern piece of clothing, implying the observance of traditions and a woman's commitment to Islam. But what is interesting: the Muslim hijab is now sewn by mass brands like Uniqlo and luxury Dolce & Gabbana.

The head covering in ancient Persian, Assyrian and Mesopotamian cultures was an indicator of the high status of a woman. Wearing a headscarf by slaves and prostitutes was a criminal offense. Therefore, it cannot be argued that Islam "obliged" women to wear a veil, it only legitimized the customs that already existed in society.

Is interesting история the revelation of the "ayat on the hijab", which is given in the "Sahih" of Bukhari, the second most important book in Islam after the Koran. 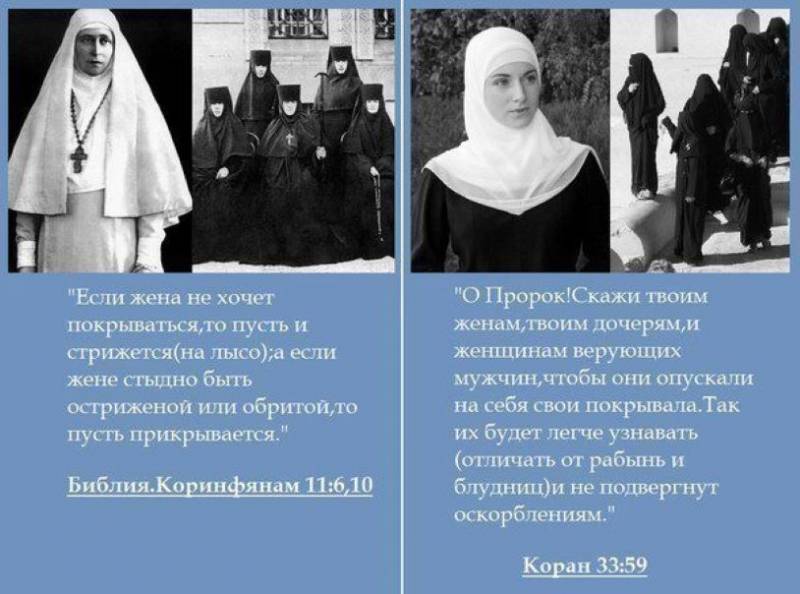 Hijab in the history of Russia

Few people know that Pushkin has a poetic cycle "Imitation of the Koran". And it contains these lines:

“Oh, pure wives of the Prophet,
From all you wives are distinguished:
Terrible for you and the shadow of vice.
Under the sweet shadow of silence
Live modestly: you should
Veil of a celibate maiden.
Keep Faithful Hearts
For negs lawful and bashful,
Yes, the gaze of the wicked wicked
He won't see your face!"

Amazingly beautiful lines. It turns out that Pushkin knew the Koran and the traditions of Islam very well.

By the way, Russian girls who married Muslims wear hijabs in Moscow today. I don’t know if the ROC sees a problem in the fact that its parishioners are increasingly converting to Islam? Haven't seen any opinions on this.

Let me just remind you that since the establishment of Soviet power in Russia, Transcaucasia and Central Asia, the struggle for the freedom of women has begun. And such attributes of women's clothing as the burqa, niqab, veil and hijab testified to the enslavement of a woman, that she, in her position, is lower than men and cannot decide for herself not only who she should be, but what and how she should wear.

Of course, the struggle for the free woman of the East was long and difficult. I would like to mention the impressions of Sergo Ordzhonikidze, who visited Turkestan in 1922. They can be characterized as follows: the inhabitants of Central Asia were glad to be liberated from the tsarist regime, but on its ruins they were going to build not a socialist, but an Islamic state. But the Bolsheviks could not put up with this. And by the mid-1930s, the veil had become a rarity. Together with her, the hijab also became a thing of the past.

Return of the hijab

But back to the conversation about the hijab in modern Russia. And again, let's say "thank you very much" to the migration policy of the government of the Russian Federation and personally to Mr. Khusnullin, who invites thousands of citizens of the Central Asian republics to work in the country's construction complex. However, it is one thing to see a lady in a hijab on the street, and quite another to see a girl in a hijab in a lesson at school.

But even here the process goes faster and faster. At the same time, let me remind you that education in Russia is secular, not religious, and the church is separated from the state, and the school from the church. By church, I mean not only Orthodox institutions, but also Jewish, Muslim and Buddhist ones ...

In practice, this branch does not seem to work at all. Shelina Janmohamed, the vice-president of the English advertising agency Ogilvy Noor, wrote the book Generation M: Young Muslims are changing the world. She argued that the hijab is the free choice of a woman. In a headscarf, they say, a woman can do everything that without a headscarf: play volleyball at the Olympics, make scientific discoveries, meet friends and even flirt.

Although the author is an Englishwoman, her opinion is certainly shared by many Muslims in Russia as well. However, the fact is that the hijab is not just clothing. It just looks like clothes, but this is an ideology and, whatever one may say, it proclaims the “secondary importance” of a woman, her humility, submission and pleasing to a man.

In 2017, Chechnya was the first Russian region to pass a law that allows schoolgirls to go to school in a hijab - in accordance with "national traditions and religious beliefs of students." To all the objections of human rights activists, the Chechen parliamentarians replied that, they say, the law of Chechnya does not prohibit schoolchildren from wearing either a Jewish kippah or a Christian cross.

However, I don't know whether the Jews and Orthodox of the Chechen Republic used the right to wear a kippah and a cross. I would like to emphasize that at the federal level no comments were made to the leadership of Chechnya. Apparently, the center did not even want a verbal skirmish after two rather bloody Chechen wars. And, you think, a scarf on your head? Not a veil, and not even a veil. But the property of any action is to continue and capture new heights. And now news from Tyumen.

At first, the media reported that the daughter of Ibragim Davudov was not allowed into the school building because of the hijab. The director of the institution insisted that religious paraphernalia was banned in the school. Someone recorded this conflict and posted it online. Violent disputes began. Representatives of the diaspora joined the dispute.

The next news is this:

“A meeting was held with the Deputy Governor of the Tyumen Region Alexei Ryder, a representative of the Dagestan diaspora Magomed Azhuev and the school principal Elena Golovchak. We have come to reconciliation. Alexey Ryder said that there are no problems with wearing headscarves (hijabs) in the Tyumen region.
“You just need to warn school principals in advance,”
– told URA.RU the father of the child Davudov.

Moreover, it was noted that specifically to allow the wearing of hijabs, the Tyumen school would rewrite the charter of the educational institution. As they say, "everything is fine, beautiful marquise." Interestingly, the telegram channels indicated that Ibragim Daudov is a quite frank admirer of Dzhokhar Dudayev, and on his VKontakte page there are calls for a revolution in Russia. But maybe this page no longer exists, and all these telegram bloggers are lying. 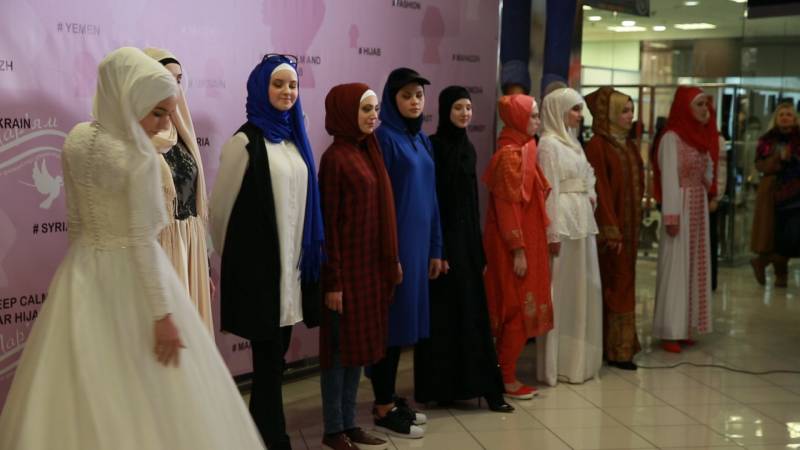 School of life or...

A few days after the incident at the school, the media reported: after an active discussion, they decided not to change the charter of the educational institution, and when discussing the school uniform, they returned to the ban on wearing a headscarf. But that wasn't the end of the story either.

On September 13, it became known that State Duma deputy Biysultan Khamzaev, elected from the United Russia party in Dagestan, appealed to the Ministry of Education of the Russian Federation after the hijab scandal in Tyumen. The appeal says:

“We know how our President Vladimir Vladimirovich Putin always emphasizes the strength of Russia precisely in the mutual respect for each other of its different peoples professing different traditional religions, setting an example for all officials, the entire state apparatus.
It is such a special case that occurred in the Tyumen school that becomes the subject of provocations, unnecessary discussions and widespread negativity in society. Moreover, the situation traumatizes the psyche of the child himself, who, instead of supporting and encouraging his faith in the Almighty, receives some degree of condemnation.”
The deputy asks the minister not only to deal with the hijab, but also to conduct a thorough check at the Tyumen school where the scandal happened. In addition, for educational purposes, he is even ready to organize a business trip to the Caucasus for the director of the school. In an interview with journalists, the deputy complained that the opinion of the minister "We never heard."

“Let him also answer in writing whether a girl can wear a headscarf or not ... Give us clear definitions,”
Khamzaev said.

In short, I won’t be surprised if soon we will still talk about allowing the wearing of the hijab in all schools in Russia. And there it will come to the veil with a veil. Why do girls go to school anyway? Let them sit at home, learn to cook, sew and please their husband.

Moreover, the Deputy Prime Minister of the Russian Federation Marat Khusnullin, already mentioned in the article, at a meeting on the achievement of indicators of national goals in the field of housing construction and infrastructure development of the regions, said that

“About five million labor migrants must be attracted to the construction industry in Russia by 2024.”
What countries do you think these millions will come to us from?