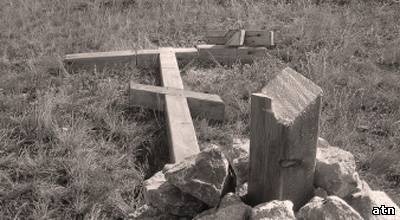 In early September, VTsIOM conducted a rather remarkable survey that covered more than one and a half thousand people in the 46 regions of the Russian Federation. The main question of this sociological research was the attitude of the Russians to the expressed possibility of creating the so-called Orthodox troops in Russia. It is noteworthy that the survey was conducted not only in those regions of the federation where the Orthodox faith prevails. In addition, among the respondents were people of all ages, social groups and religious beliefs.


The results, which were published not so long ago, look very impressive. It turned out that the idea of ​​creating Orthodox teams, which would be called upon to protect cultural heritage sites belonging to this faith, is supported by exactly two thirds of Russians - 66%. Of particular interest is the fact that even those Russians who consider themselves to be atheists or followers of other religions, to a certain extent, expressed support for the idea of ​​creating Orthodox squads. In particular, non-believers supported the idea by more than 60%, and representatives of other religious areas (Muslims, Catholics, etc.) expressed their support in 37 cases from 100.

At the same time, those people from among the atheists or adherents, for example, Islam, who supported the idea of ​​creating Orthodox squads, stated that the squads in Russia can be not only Orthodox. In their opinion, it is possible to create associations that will stand on protection from vandals of any religious buildings and monuments of culture and architecture.

It is worth recalling that the very idea of ​​creating Orthodox squads arose in Russia after a real wave of vandalism against Christian shrines: churches were desecrated, crosses cut down, temples doors were set on fire, attacks were made on priests' houses. On the one hand, all these acts are obviously unlawful in nature, and therefore the persons who committed them should be prosecuted by law enforcement agencies. But recent practice shows that law enforcement officers are sometimes simply not able to withstand mass actions to desecrate religious shrines. In this regard, the idea of ​​creating volunteer units that would try to prevent vandal attacks was put forward.

Of course, the idea itself needs legal consolidation, but the fact that the overwhelming majority of Russians support it is an unequivocal precedent in order to reflect on translating the idea into reality. But for its implementation it is necessary to work out the legal status of people who, hypothetically, can become part of the Orthodox squads, it is necessary to outline the framework of their actions in the event of a real counteraction to acts outside the law. All these conditions are designed to establish cooperation between law enforcement agencies and representatives of public organizations wishing to stand guard over the country's cultural heritage.

It should be noted that today attacks on Orthodox churches are committed not only on Russian territory and the territory of neighboring states. Just the other day, the building of the Russian Church of the Exaltation of the Holy Cross in Geneva was attacked by vandals. The press service of the diocese of the Russian Orthodox Church abroad reports that vandals, filling the fire extinguisher with paint, smeared one of the sides of the temple, causing damage, including unique stained glass windows. The Church of the Exaltation of the Holy Cross was opened from 1866, and is famous for the wedding of Mikhail Vrubel at the end of the nineteenth century, where Dostoevskaya Sophia, the first daughter of the great Russian writer, was baptized and honored.

The vandals did not spare the memory of these people and painted walls and all the sidewalks leading to the temple with inscriptions.

Waves of vandalism against Orthodox shrines swept directly into Russia. Over the past few months, dozens of illegal actions have been recorded that border on recklessness.

October 4 was sawed Orthodox cross at the Church of St. Nicholas in Pokrovsky. On the same day, the vandals desecrated the altar of the Church of the Intercession of the Blessed Virgin. As part of actions against the ROC, crosses were cut down in Arkhangelsk, Chelyabinsk Region, in other Russian regions, in Ukraine.

In the city of Enschede (the Netherlands) a special festival was held under the name GOGBOT, during which everyone could practice cutting the crosses. Naturally, the most successful in this business were activists of such a movement as FEMEN, which is actively financed by forces trying to solve their political tasks through outrageous tricks of girls, whose activities have long been in need of verification by prosecutors.

By the way, the Cathedral of Christ the Savior was desecrated even after the Pussy Riot action. In late September, the 62-year-old ballroom dance teacher from Munich painted two temple icons with paint. Restoration of icons due to the use of paint by the vandal was extremely difficult. It should be noted that all the restoration work on the return of the former appearance of the icons, which are objects of cultural heritage, was carried out for public money, that is, for the money of ordinary Russian taxpayers. His act 62-year-old vandal dancer explained by the fact that he wanted to arrange a dialogue between Christians and Jews. So why did a gentleman from Munich, who, importantly, is registered at a psychiatric clinic (this apparently does not prevent him from teaching the art of dance), did not promote the idea of ​​dialogue in his city and in his house? Why did he need Moscow specifically? ..

In general, listing the shares of vandals of recent times, you unwittingly side with the people who are ready to fight back this peculiar obscurantism. Let's hope that in this plan a sober legislative decision will be born, filled with real legal thought.

Ctrl Enter
Noticed oshЫbku Highlight text and press. Ctrl + Enter
We are
Report on the results of the survey-2013 "Evaluation of state political figures"
Military Reviewin Yandex News
Military Reviewin Google News
109 comments
Information
Dear reader, to leave comments on the publication, you must to register.