About the gas OPEC and the gas secret of Donbass 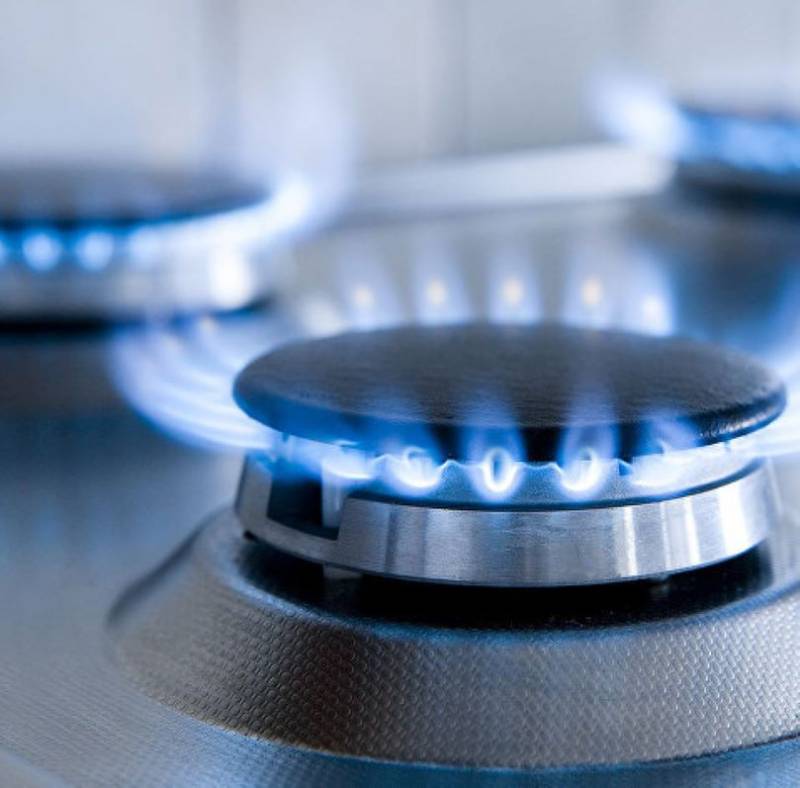 Where there is no place for OPEC

Russia, as you know, is not a member of OPEC, a cartel that unites oil exporters, but has been cooperating with it for a long time and for the most part successfully, especially recently. However, we are in no hurry to join OPEC, fearing direct, if not enslaving, dependence.

With gas, the situation regarding the creation of some kind of analogue of OPEC, on the one hand, is simpler, since there are simply fewer participants with their own interests. And they are all pretty big. But on the other hand, it is much more difficult, because it is difficult to manipulate this market due to very limited transportation options.

It is very difficult to fight against such pipes as several of our streams, including two "Northern" ones, with liquefied gas. But after all, Russia is interested in the development of LNG almost as much as the United States and other potential participants in the gas OPEC.

However, any effective cartel in the gas sector without the same Americans, as is the case with oil, is simply unrealistic. Liquefied gas, unlike pipeline gas, can be obtained even in the middle of the Pacific Ocean, there are already projects, and its flows can be regulated, if desired, almost without problems.

It should be noted here that there is a Russian contribution to the American achievements in LNG exports. Although who will tell you (it seems to us that no one) how much LNG they have recently bought from the Russians one way or another for their purely US exports.

We wrote about the redistribution of the gas market as soon as there were reports of the upcoming US leadership in terms of gas exports both through pipes and in the form of LNG (So that's why they choked Nord Stream).

So, American gas companies, none of which can compare with the mighty Gazprom by external signs, have received at the moment almost everything they could wish for.

Here you have the volumes of practically guaranteed sales, and extremely favorable prices, and even stock quotes growing by leaps and bounds on the stock exchanges. But the main thing is still not this. They received a very flexible and oversaturated market, poorly controlled in terms of sales channels.

The gas market is increasingly beginning to resemble drug markets, a priori illegal, and weapons, illegal only partially, but quite enough to get rich on them. And all this is a continuation of trends that began to appear not so long ago, but were launched almost immediately after the collapse of the USSR and the socialist system.

For many years now, the United States has been surprisingly consistent in its policy of creating the largest possible number of fluctuation zones around the world. The Arab Spring, the color revolutions, the permanent expansion of NATO, and much more, little by little. Washington clearly operates on the principle of catching fish in troubled waters.

Any stable political regimes are categorically contraindicated for such a player. And wherever such regimes can be undermined, or better, completely eliminated, they are trying to do so. Iraq, assassination of Saddam Hussein, Libya. Didn't pass in Syria? Failed in Afghanistan? But after all, the fluctuation zone both there and there has been for a very long time and, it seems, for a very long time.

How to prevent the transformation of "our Ukraine" into such a zone - who knows. Although I really hope he knows. Do I need to remind you what a colossal market for the illegal trade in weapons and everything around it has now been turned not so much by the NWO zone as by the "square" itself?

There is no doubt that everything is in order there and in terms of the drug market, and even in the food market, now you can “play enough” to your heart's content. And the bombing of the Zaporizhzhya nuclear power plant is not just stupid nuclear blackmail, but direct pressure on the electricity market, which for some reason, in Russia, despite the reform and collapse of RAO UES “according to Chubais”, is much cheaper than in Europe.

The last secret of Donbass

Many knowledge, as you know, only multiply sorrows. Today, this truth, known to ancient philosophers, is more relevant than ever. The percentage of educated people goes off scale not only in developed countries, which greatly complicates the manipulation of public opinion.

However, it is clear that the recipes of Goebbels are not forgotten, and we, by the way, too. In this case, no one even forces the world media to lie directly, it is quite enough to competently dispense portions of the truth. And not necessarily all.

You can simply remind less often that those lands into which two Slavic armies are now biting represent truly colossal wealth. And not only in the foreseeable future - at least the same Zaporozhye NPP is worth something, but also in a more distant future.

And this is not only about water, and not about potential agricultural resources - the main prize should be considered the notorious shale deposits of the Donbass and its environs. Previously, many considered it pointless to write about them because of the very dubious prospects, as well as environmental problems. Production technologies there were generally compared with terrorism. 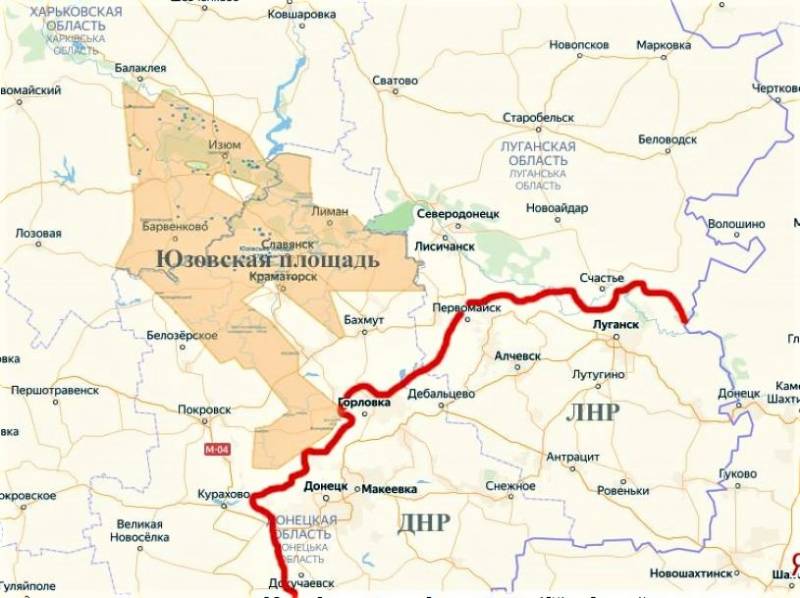 Today, all this is forgotten, the analysis of the local shale flights was actually carried out not so long ago and on the pages of VO (Shale gas of Ukraine). Pay attention to the "red line" on the map - this is not the border of the republics, but the dividing line, more precisely - the front on February 24th.

With the current almost unbridled rise in prices for hydrocarbon raw materials, the Yuzovskoye field, like its neighboring smaller ones, is turning from unprofitable into profitable, like little else. And as soon as they are taken seriously, new changes in the global oil and gas solitaire will be simply inevitable. In whose favor? We have been waiting for an answer to this question for more than six months.