In Russia, the exercises of the forces of the nuclear triad, which have no analogues in the modern history of the country, were held 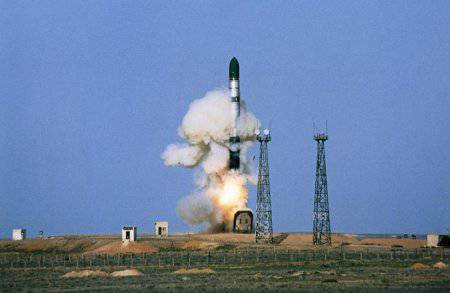 In the Armed Forces of the Russian Federation on Saturday ended exercises of the Strategic Nuclear Forces (SNF).

"On the eve, the order of managing the SNF and combat training launches were carried out under the direct supervision of the Supreme Commander, President of the Russian Federation Vladimir Putin," press secretary of the head of state Dmitry Peskov told Russian news agencies.

According to D. Peskov, "under the personal leadership of V. Putin, the automatic communications control system was checked, as well as new strategic nuclear forces control algorithms with the practical development of combat training tasks operating according to the unified design of all components of the nuclear triad: long-range aircraft aviation, marine and land components of strategic nuclear forces. "

"The Supreme Commander highly appreciated the actions of the crews and crews, the work of the General Staff, who completed all the tasks and confirmed the reliability and effectiveness of the Russian nuclear triad," D.Peskov said.

He stressed that "the command exercises of the Strategic Nuclear Forces on such a scale in the most recent stories Russia held for the first time.