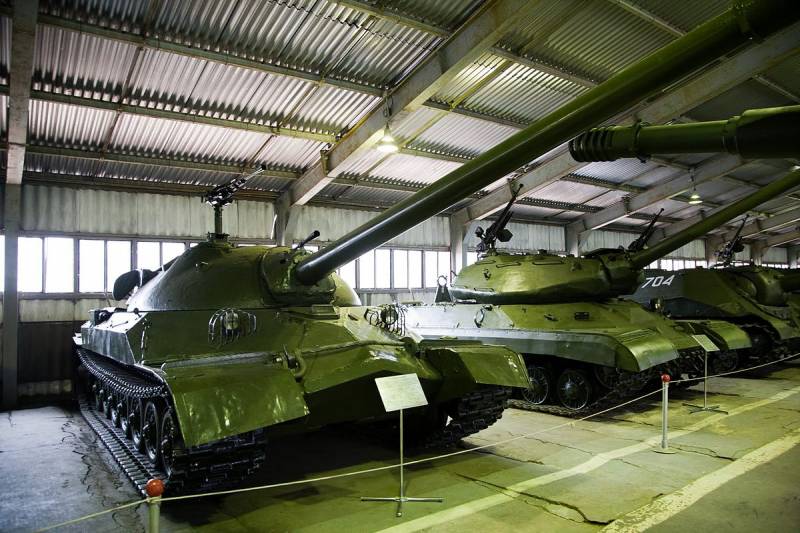 Armor IS-7 became one of the objects of shielding

As always, stories, which are passed to us by archival documents, should begin with a small explanation. First of all, a few words about the specialized TsNII-48 or "Armor Institute", which was responsible in the Soviet Union for the development and adjustment of the production of armored steel. During the war years, he became famous for the specialists who improved the processes of cooking and casting armor. At the end of 1945, the Decree of the Presidium of the Supreme Soviet of the USSR was issued to award TsNII-48 with the Order of Lenin.

At the same time for the successful completion of the tasks of the State Defense Committee for the release tanks, self-propelled artillery mounts, armored hulls, tank units and spare parts and their provision of Red Army units 63 employees of the institute were awarded orders and medals. The founder and first director of the institute, Andrei Sergeevich Zavyalov, was awarded the Order of the Patriotic War, XNUMXst degree, although, of course, he deserved the title of Hero of Socialist Labor.

One of the key areas of the post-war work of the "Armor Institute" was the solution of the problem of an all-penetrating cumulative jet. More precisely, research was also carried out during the war years - 1943-1945, but they did not bring any tangible results. In one of the previous articles ("Ofenror" and "Panzerfaust" against Soviet lattice armor) was talking about the work of the second half of 1945. In particular, TsNII-48 engineers tested lattice protection against German cumulative grenades.

After a little over two years, the institute decided to return to the issue within the framework of the topic BT-3-47 or "Refining the optimal options for protecting the hull and turret of tanks and control systems from being hit by cumulative projectiles and grenades." Looking ahead, let's say that they explored not just the prospects for shielding armor, but also "the possibility of using a counter-explosive effect."

In all likelihood, this was the world's first study of the dynamic protection of tank armor. Sergey Smolensky, an engineer of the Moscow branch of TsNII-48, expressed the idea of ​​destroying a cumulative jet of explosions back in 1944, but more or less material took shape only five years later in the article “On the Possibility of Using Explosive Energy to Destroy KSP” in the secret journal “Proceedings of TsNII-48 ".

That is why the coverage of experimental work on the "counter-explosion" in the report of TsNII-48 in 1948 can be considered the earliest publication on this topic. But this question is very extensive, so we will leave it for a separate material on the pages of the Military Review.

Let's return to the report of the "Armored Institute" in 1948, which by that time belongs to the department of the Ministry of the Shipbuilding Industry of the USSR (which is natural, since earlier the fleet took the bulk of the armor). By the end of the 40s, it was understood that there were three ways to protect yourself from cumulative ammunition:

3. Develop special protective devices in the form of screens.

The first idea turned out to be initially stillborn at that time - the cumulative jet did not care much about the degree of hardness and fragility of the armor. Tricks with hardening and variations in chemical composition did not help either.

The second method seemed the most rational, but it came into conflict with the requirements of the designers, who had to pack ever-increasing caliber guns and other tank infrastructure into the rapidly shrinking reserved space.

And finally, there was only one thing left - either to increase the armor to incredible values, or to cover it with screens located at some distance from the hull.

Screen armor for IS and T-54

Despite the fact that TsNII-48 had previously conducted similar studies, the results remained unsatisfactory. So it was not possible to identify the necessary distance between the screen and the main armor. The studies of 1947–1948, presented in the work “Refining the optimal options for protecting the hull and turret of tanks and SU from being hit by cumulative projectiles and grenades,” were devoted to clarifying this issue. For the test, armor plates with a thickness of 90, 150, 160 and 200 mm were chosen, corresponding to those of the T-54, IS-4 and IS-7 tanks. The armor was taken serial from the Izhora plant. 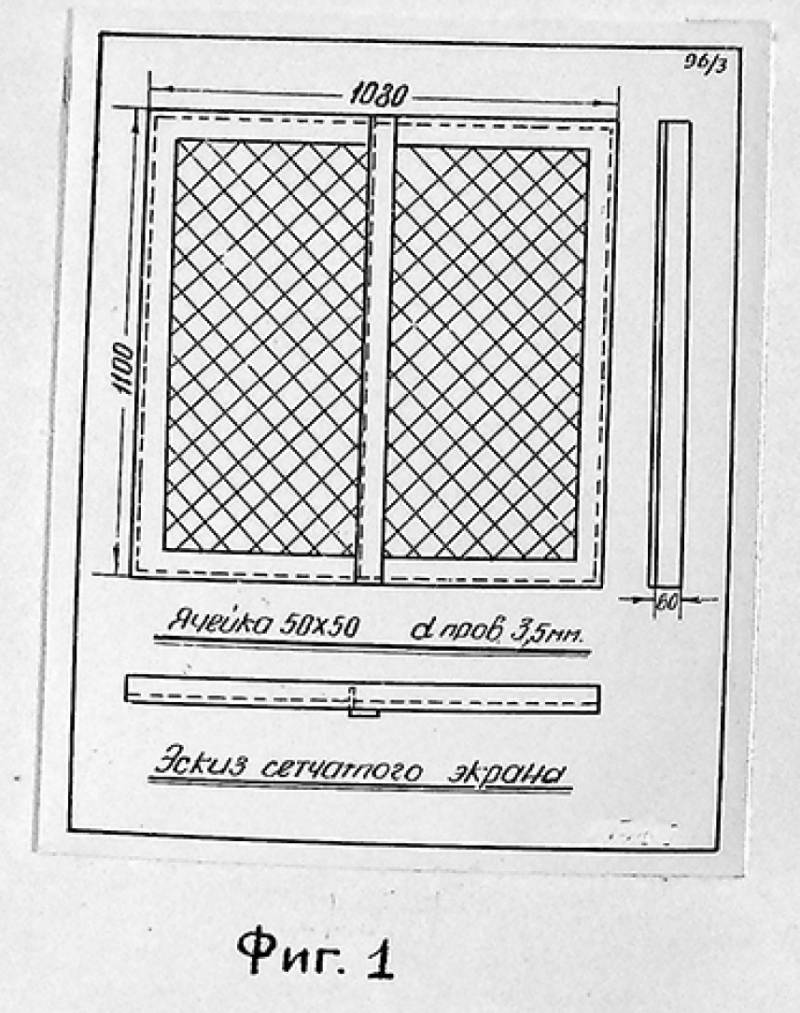 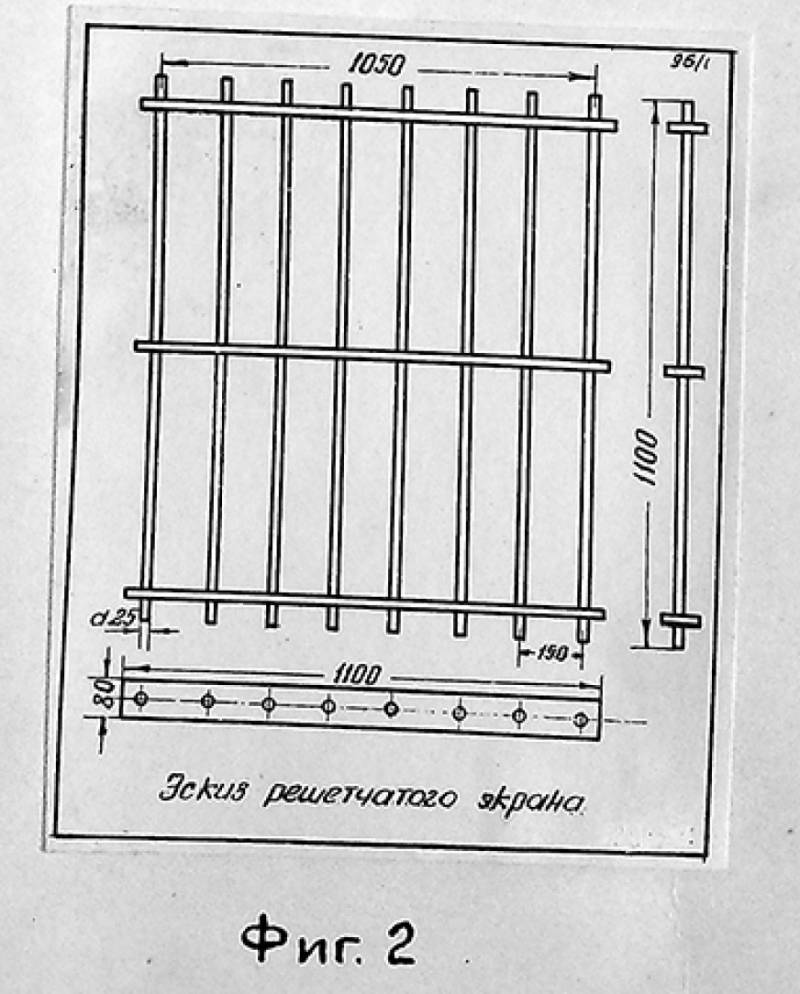 Drawings of mesh and lattice test screens
In the first series of experiments, the engineers used specially made lattice and mesh screens. The first were welded from round bar steel with a diameter of 25 mm, the second from carbon wire 3 mm thick. From the rationale for choosing the distance between the lattice bars:

“Since the Big Faustpatron cumulative grenade is equipped with a high-sensitivity inertial fuse, at least a slight impact of the grenade with any obstacle is enough to trigger the fuse, which will cause the detonation of the shaped charge with the formation of a cumulative jet.
Based on these assumptions, the distance between the bars of the lattice was taken equal to 0,9 of the diameter of the cumulative jet of the Bolshoi Faustpatron grenade.

It is interesting that at that moment the first prototypes of the Soviet RPG-2 anti-tank grenade launcher were tested, but it was not used in the testing of gratings. Most likely, the armor penetration of the first Soviet RPG (at least the prototype) was lower than that of the German counterpart. 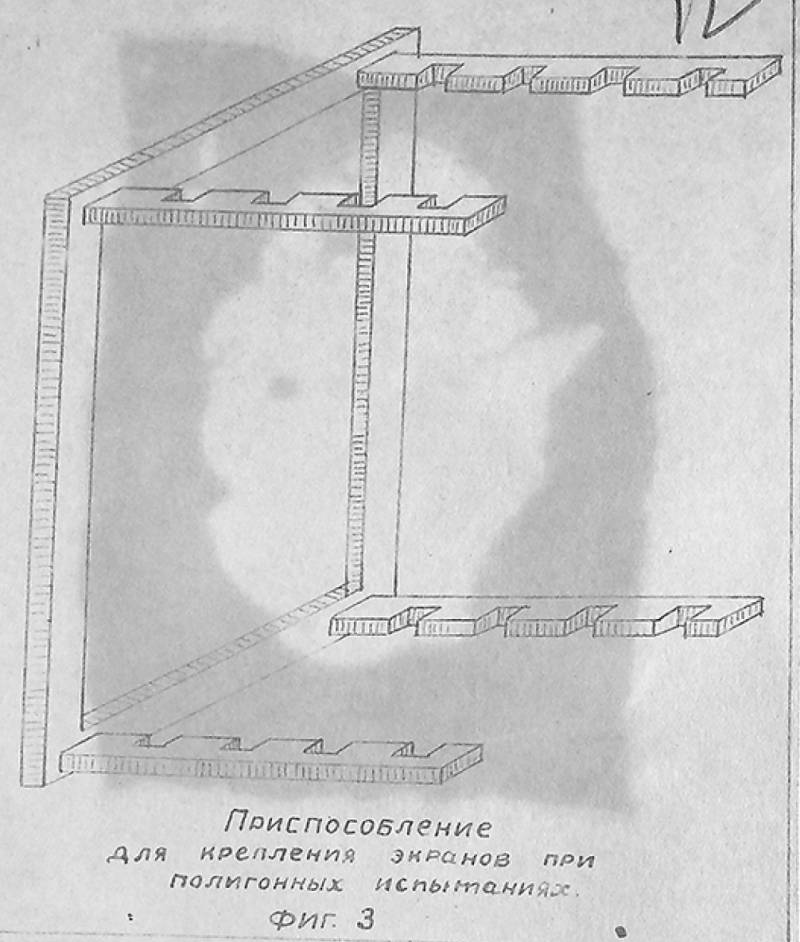 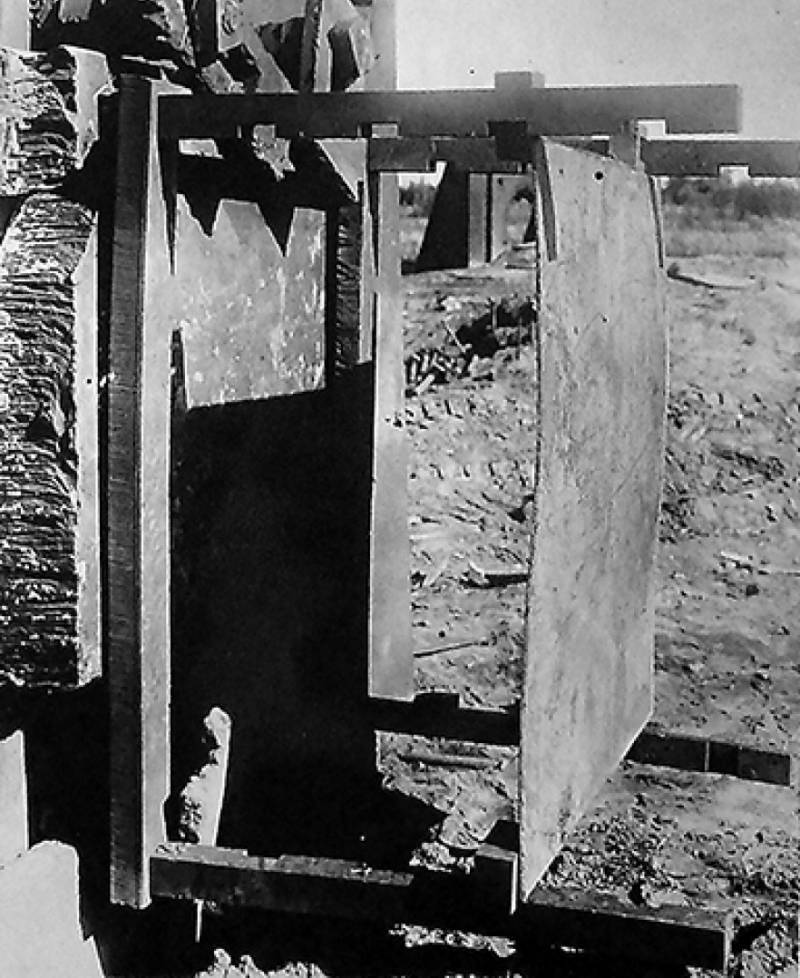 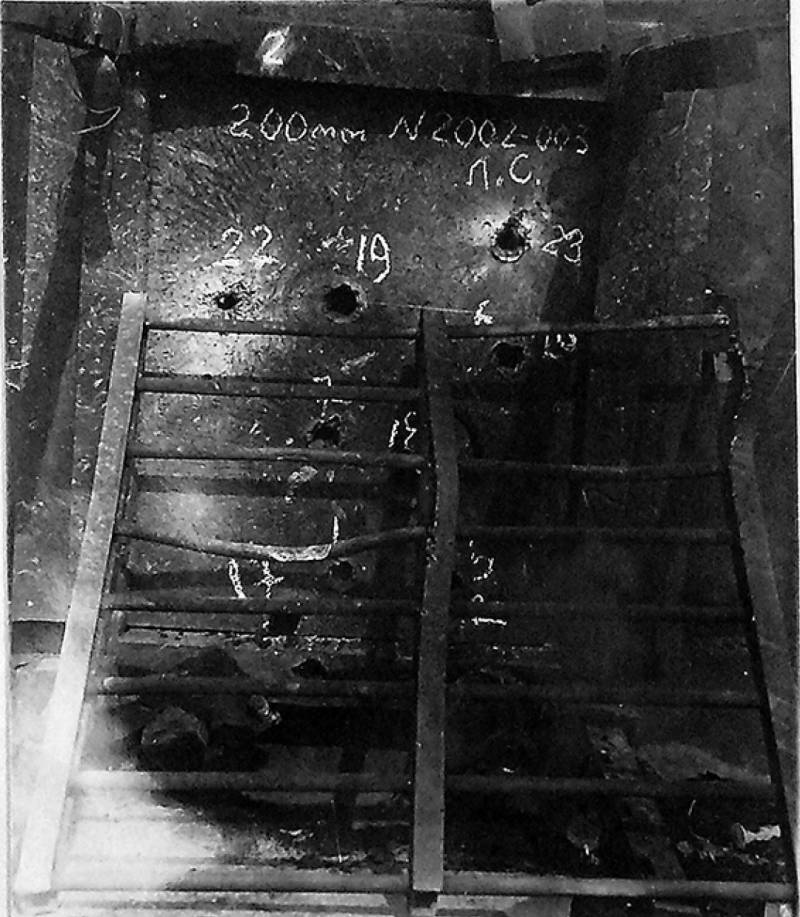 The test results were discouraging. In order to protect the side of the tank with a thickness of 90 mm, you will have to install a screen at a distance of more than 1 meter! Otherwise, the German grenade was guaranteed to pierce the armor. What an armored car with such spaced protection will turn into is scary to even imagine. For thicknesses of 200, 160 and 120 mm, the screen armor is related to 500, 700 and at least 1 mm, respectively.

In fairness, the tests were carried out when a grenade hit normal to the plane of the screen. This is an unlikely event in real life, but it does not change the fundamental conclusion - a tank, hung with screens of the 1948 model, is not good for anything. Another conclusion was the complete unsuitability of the mesh screens on the armor, primarily due to low survivability.

The engineers also determined the minimum angle of a cumulative grenade with armor without screens, which is necessary for non-penetration. For 200 mm - this is 30 degrees from the normal, for 160 mm - 60 degrees. The rest of the samples were not even tested - the "Big Faustpatron" pierced such obstacles easily, and captured grenades became more and more scarce over time.

From the category of obvious conclusions:

1. Screens located at angles to the main armor do not reduce the required mounting distance. The grenade, as expected, pierces the protective system in the area with a smaller gap and does not pierce where the gap is the largest.

2. The shielding of armored parts located at angles requires somewhat smaller shield distances from the armor than when shielding vertical parts.

The next step was the testing of experimental shielded units for the hulls of the T-54, IS-4 and IS-7 tanks. The idea was relatively little blood to strengthen the reservation of domestic armored vehicles with easily removable screens. Three options were made - sheet screens 5 mm thick, sheet perforated 5 mm screens and gratings made of 5 mm bars. They did not dare to give tanks for testing and limited themselves to the side compartments of the above vehicles.

They did not dare to shield the forehead of the tanks due to the common sense of the engineers. The screens were mounted with different gaps, but for the T-54, of course, it was the most impressive - 1 mm. The priority ammunition was the already familiar "Big Faustpatron", but here it would be interesting to quote an interesting quote from the report:

“Effective shooting at a target with cumulative grenades requires certain skills from the shooter, which could not be provided at the training ground. In order to save ammunition, at the suggestion of the NIBTP (Scientific Institute of Armored Vehicles Polygon), it was decided to carry out all tests by detonation.
For this purpose, the grenade was installed close to the screen at an angle of 9 degrees from the horizon, which corresponds to the mine's flight path from a firing distance of 30 meters. 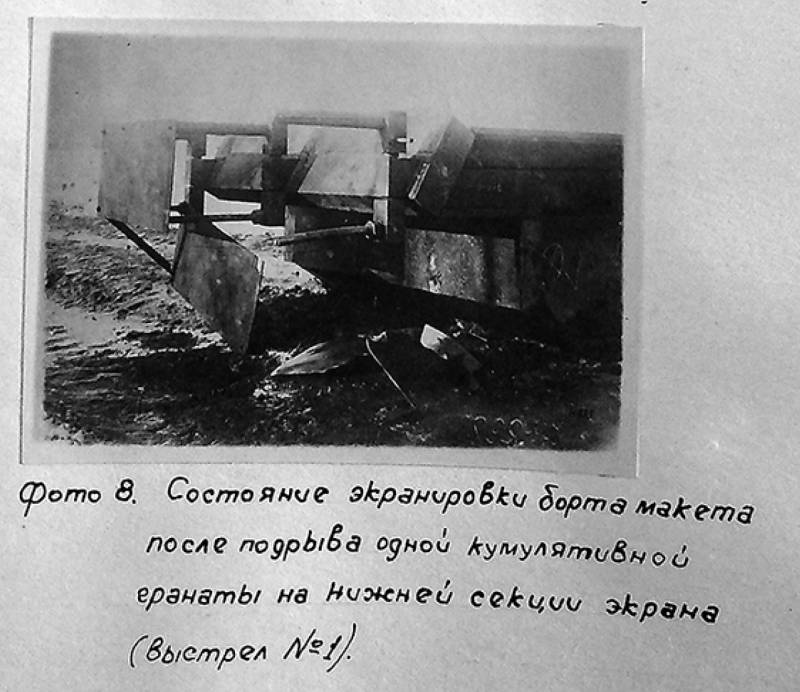 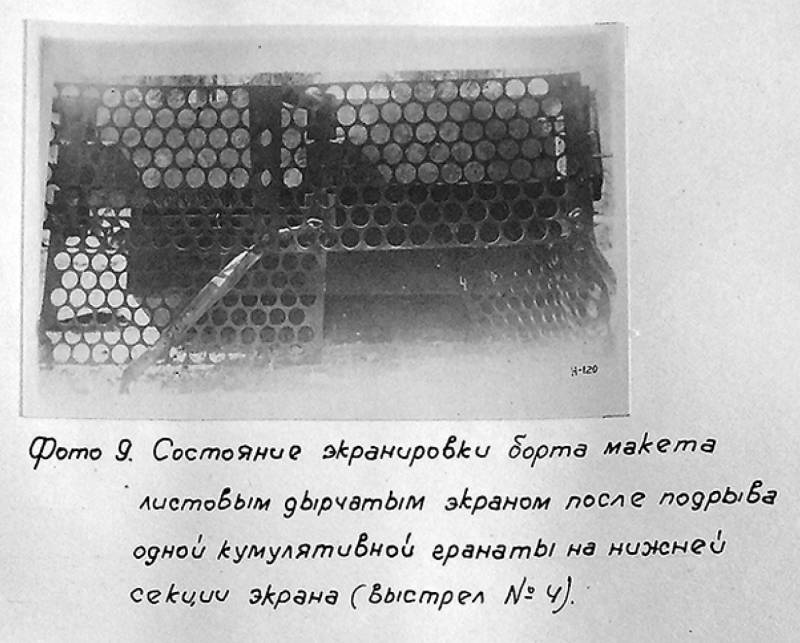 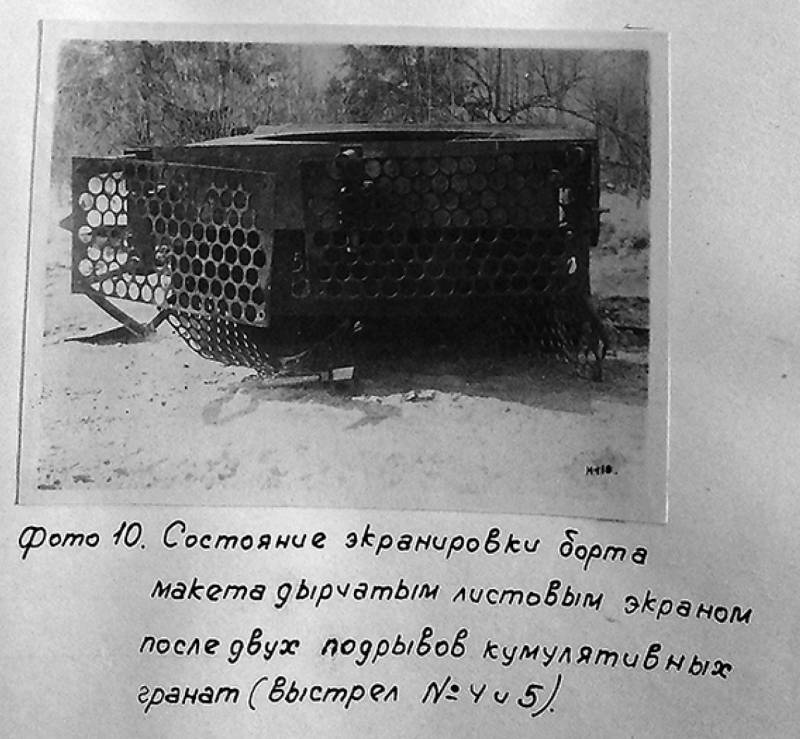 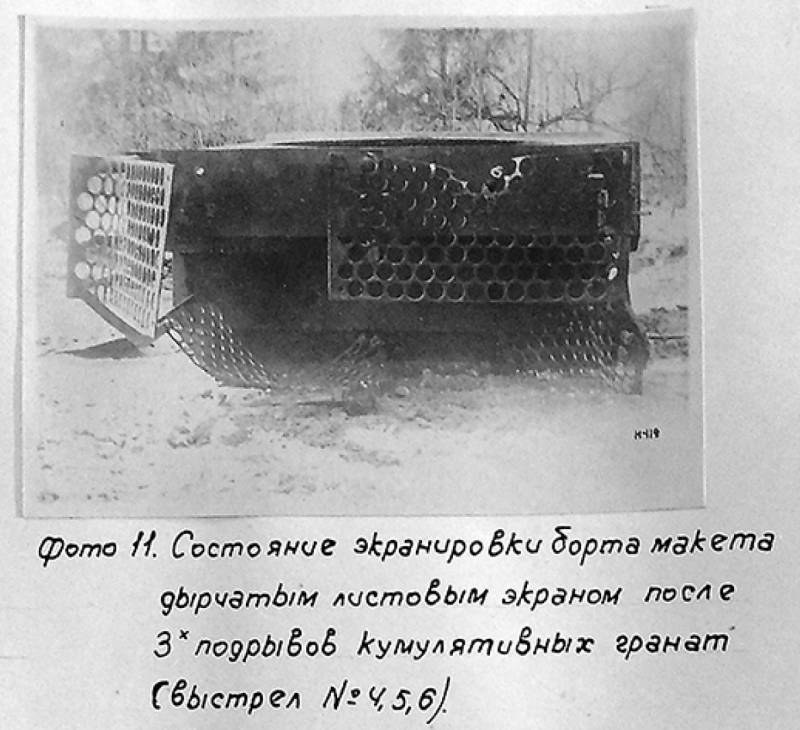 The protective screen of the T-54 failed immediately - even a meter gap between the screen and the armor did not help. Of the four explosions, in two cases the main 90-mm armor was pierced and in two cases there were potholes. The 160-mm armor of the IS-4 was not penetrated by the faustpatron only if the screen was placed at a distance of 730 mm. At the same time, the so-called perforated screen turned out to be more tenacious than a solid sheet, on which, after the explosion of one grenade, a hole with a diameter of four or more calibers was formed.

Engineers, however, did not recommend either a sheet or a perforated screen for the series - the destruction from single hits with cumulative ammunition was too large-scale. It would seem that the heavyweight IS-7 should have easily endured all the bullying at the training ground. But no, the cumulative grenade pierced the side armor in three cases out of ten.

The conditions were as follows - a 100-mm armor plate reinforced with a lattice screen with a gap of 975 and 980 mm, heading angle of fire - 60 degrees and similar armor with a solid screen at a distance of 985 mm (heading angle of fire - 90 degrees). It’s hard to even imagine what a Soviet heavy tank would look like and what it would be capable of after being equipped with screens with a meter gap. 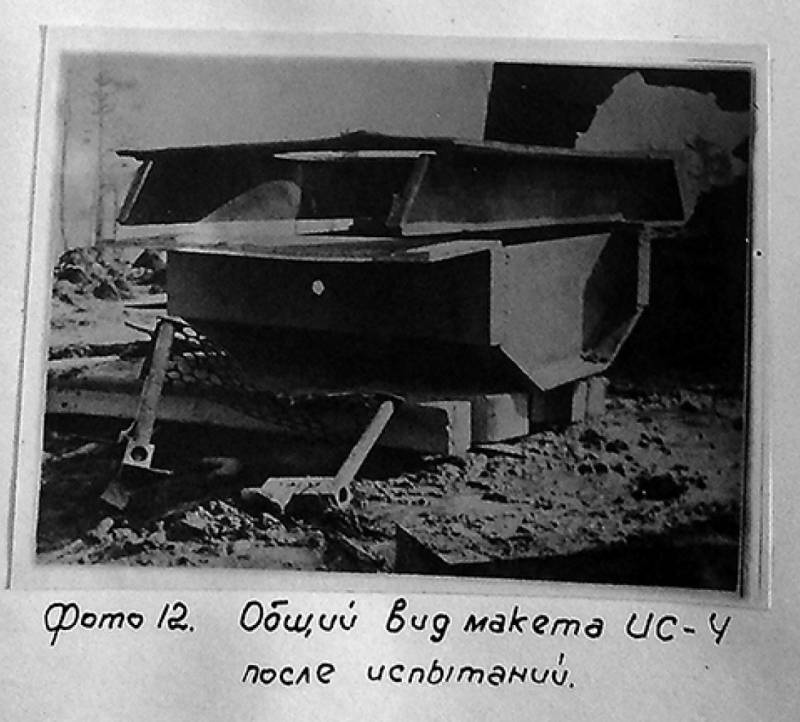 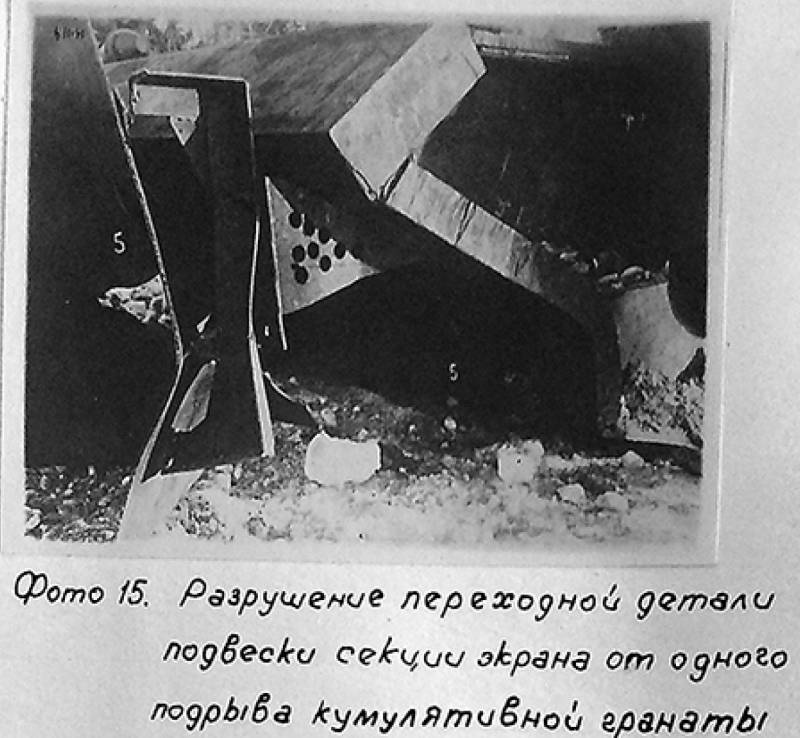 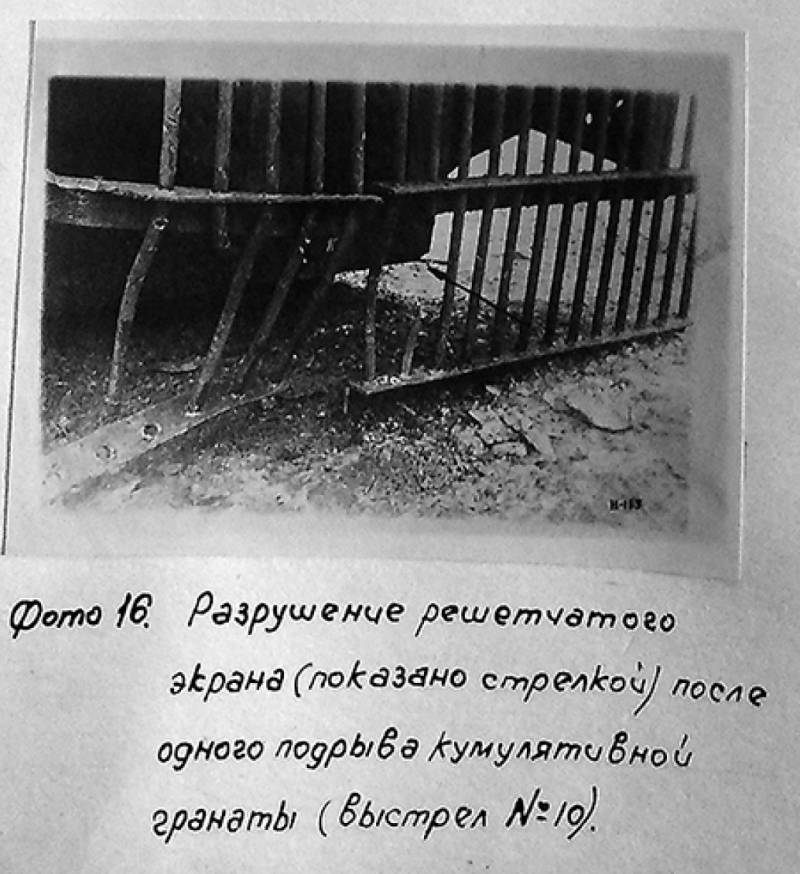 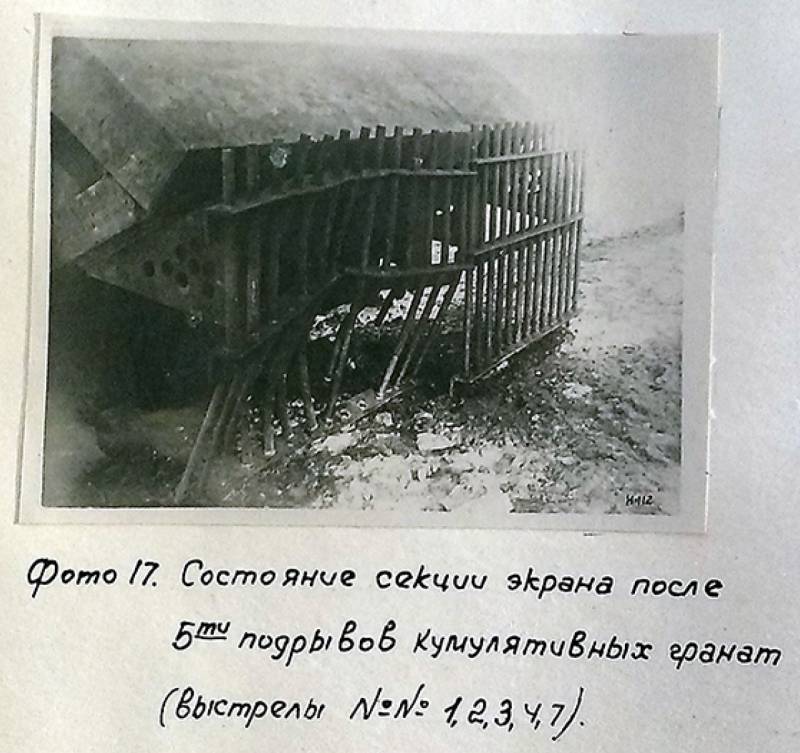 As the finale of the story, here is an exact excerpt from the conclusions of the TsNII-48 field research:

"one. Protection of the main armor of the IS-1 and IS-4 models against the action of the cumulative grenade "Big Faustpatron" with the help of screens installed at optimal distances ensures that the main armor is not penetrated. The main armor of the T-7 layout, protected by a screen located at a distance of 54 mm, is not reliable, since along with cases of non-penetration, penetration of the main armor is observed. This optimum distance should be at least 1 mm.
2. Lattice bar screens, recommended as the most optimal in terms of survivability, completely passed all the tests, which once again makes it possible for them to be further developed in the design of screen protection for tanks and control systems.