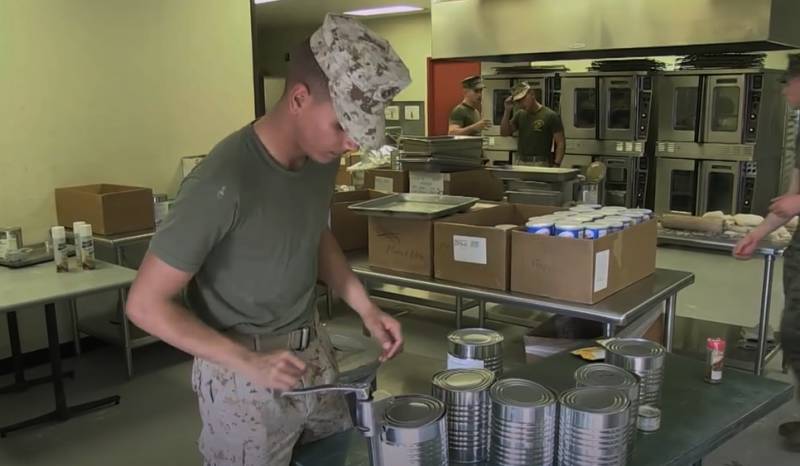 The U.S. Army has issued yet another financial guidance advising soldiers to apply for food stamps due to high inflation. As the army command noted in the presented manual, inflation affects the prices of gas, food, and apartment rentals. Therefore, it is becoming increasingly difficult for military personnel and their families to live.


As emphasized by the army command, servicemen of the American army of all ranks and positions can apply for help in the form of food stamps. In addition to food stamps, SNAP offers financial advice to help soldiers build their budget.

One of the main reasons for the introduction of the SNAP program is called a sharp increase in prices for literally all goods and services. Interestingly, the program was originally targeted at low-income people who needed government help to buy food. That is, it was about low-income pensioners, the disabled, the unemployed, low-paid workers. Now, it turns out, soldiers and officers of the American army have been included in the same category.

It is noteworthy that not so long ago, the army command complained about the personnel shortage in the American armed forces. But what kind of increase in the recruitment of contract soldiers can we talk about if the soldiers are already being recorded in a low-income category that needs food stamps.

If soldiers need extra help to buy groceries, then their salary is so low that it does not cover the basic needs of the military. But the low pay of American soldiers may also be one of the key factors influencing the recruitment of contract soldiers. For such money, few people want to serve, the number and quality of recruits for the American army are declining, and many American analysts recognize this.

Naturally, no one in their right mind would enter such a difficult and risky service in order to receive food stamps on a par with the unemployed and the disabled. American journalists are wondering how low the American state has fallen that pays the military for their bravery in this way. Retired US Army Major General John Ferrari believes that such assistance programs will not alleviate the situation with the personnel shortage in the US armed forces. In 2023, the US Army will not be able to implement the recruitment plan in the amount that was originally set. In a difficult world political situation, this contains certain risks.

It is also worth asking why the US is sending multi-billion dollar aid to Ukraine when there are such serious problems in its own military? Apparently, the Republicans who criticize the policies of the current US President Joe Biden are right when they say that he is leading the American state into the abyss. Although, even if the Republicans return to power, it is unlikely that anything will change dramatically, given their focus on continuing the confrontation with Russia and China.