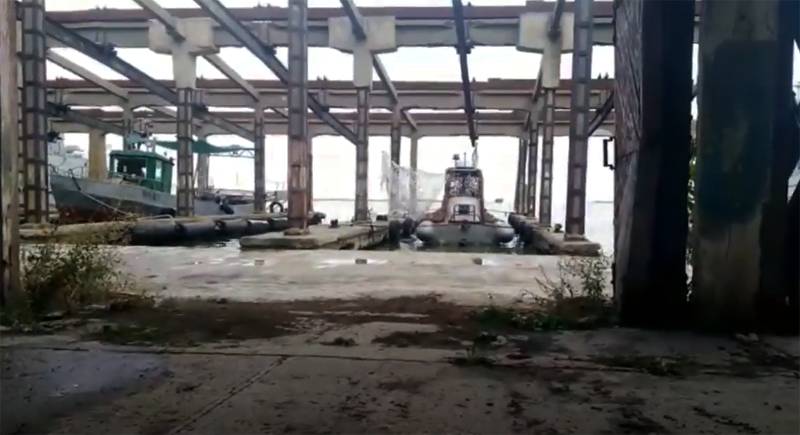 The head of the Nikolaev regional administration, a protege of the Kyiv regime in the region, Vitaly Kim, said that throughout the night Russian troops attacked objects in Ochakovo.

The Russians attacked Ochakov all night long. The hits are mostly in the aqua zone. There were no casualties.
At the same time, Mr. Kim does not specify the purpose of the strikes, as he put it, on the water zone.

As Voennoye Obozreniye has already reported, on the night of Thursday (September 15), several motor boats with sabotage groups of Ukrainian troops tried to move out of Ochakov towards the Kinburn Spit in order to further try to get closer to Kherson. However, due to the strikes of the Russian artillery and the skilful actions of the fighters of the Russian Guard, the motor boats, together with the enemy personnel, were destroyed. Moreover, they were destroyed in the very “aqua zone”, which Kim announced, who decided to hide the data on losses.

The same Governor Kim reports strikes against objects in Nikolaev itself, as well as in a number of settlements east of the city. According to the Kyiv protege, strikes were carried out on objects in the area of ​​Bereznegovatovka and Chernomorka.

According to Russian intelligence, in the area of ​​​​the Bereznegovatovsky feed mill, enemy forces and means were stationed. As a result, they were hit by fire.