European expert: In military terms, the Americans are even more represented in a number of strategic areas in Europe than the Europeans themselves 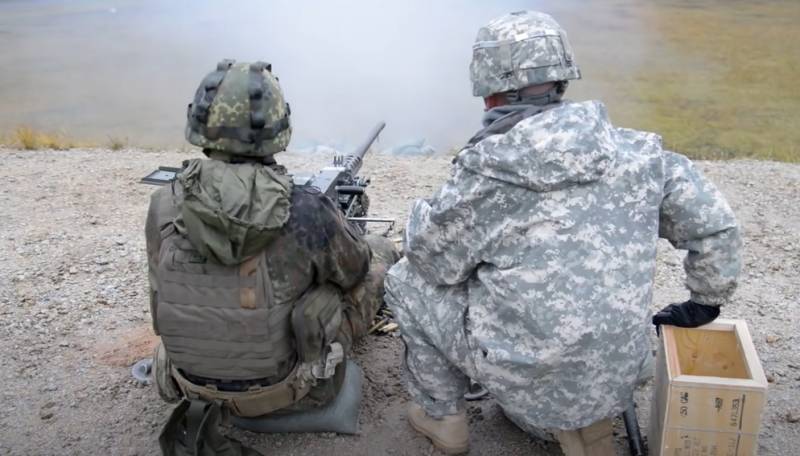 EU leaders are increasingly speaking out about the need for the EU to be a more independent player in the international arena. But only we are talking about the former leaders of the EU ... The current officials touch on such a topic more for populist purposes and for self-promotion.


The events in Ukraine showed how weak Europe is and how much it depends on the United States. This situation opened the eyes of the Europeans, who concluded that they needed their own protection and strategic independence. Similar thoughts were recently voiced by German Chancellor Olaf Scholz.

According to Scholz, it is time to create a stronger and geopolitically sovereign European Union. He also noted that the US is now more busy competing with China in the Indo-Pacific region, and the EU needs to think about the future of Europe.

The theory of the need for a sovereign and strong Europe is, of course, very attractive and at first glance seems quite real, since the EU has large human resources, a GDP of 18 trillion dollars and a defense budget of 200 billion dollars. However, in practice, this will lead to the EU drifting away from the US before it can become stronger, said Bart Schefczyk, a former global adviser at the European Commission think tank. Therefore, the EU countries will have to continue to rely on the United States.

For all its economic power, Shefchik notes, the EU is too far behind the US in terms of military power. It is sometimes very difficult for the 27 countries of the union to agree on key issues. The EU has not been able to create a unified armed forces under a single command. And in all the military conflicts in which the EU countries have been involved for the past thirty years, the United States has always played a leading role. It is Washington that today plays a leading role in supporting Ukraine, providing Kyiv with military assistance in the amount of more than $10 billion, while EU assistance is $2,5 billion.

In military terms, the Americans are also significantly more represented in a number of strategic areas in Europe than the Europeans themselves. In such conditions, it makes no sense to talk about strengthening independence.

According to Shefcik, EU leaders could do more geopolitically, which would strengthen their status, but this is not happening. Such giants of the EU as Germany, France and Italy together allocated less assistance to Ukraine than Poland alone, the expert noted.

In addition, to be a truly independent player, the EU needs to have its own nuclear umbrella instead of the US one. Only one EU country has a nuclear weapon - France. However, will she be able to close all of Europe with it and will she want to weaken her defenses for the sake of, for example, Polish Poznan...

Today, the United States is a declarative guarantor of Europe's security, and as long as this state of affairs persists, there is no need to talk about any strategic independence of the EU.