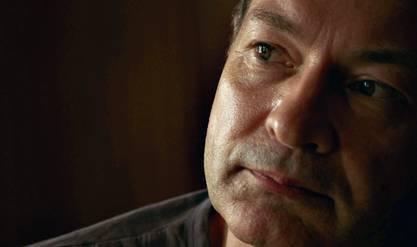 Donald Heathfield owned a consulting company in the United States, was educated at Harvard and raised two children with his wife. He was quite a successful American citizen. It is unlikely that someone of his friends and colleagues could have thought that Donald Heathfield was actually called Andrey Bezrukov and he is the leader of the Russian reconnaissance group. Bezrukov worked abroad under cover since the end of the last century and during that time he did not utter a single word in Russian. Two years ago, he was betrayed by a traitor, after which he returned to Russia


Andrey Bezrukov
born in the city of Kansk, Krasnoyarsk Territory. He studied at the Tomsk State University. Together with his wife, Elena Vavilova, for more than twenty years he was in an illegal position, doing reconnaissance work. In 2000, he graduated from the John F. Kennedy Harvard Institute of Public Administration with a master’s degree. In the summer of 2010, he was arrested in the USA. Now he works for Rosneft.

First, let's clarify how to call what you did in the United States. Espionage?
This is the same as what the American intelligence services are doing in Russia. You know, there is a difference in concepts. In English, “espionage” is translated as spying, but in Russian spy has two meanings: “spy” and “scout”. Can be understood in different ways. It was not for nothing that in the Soviet Union they called their good word “intelligence officer”, and their enemies - “spies”.

They say that for all the time you have not spoken a word in Russian. It's true?
True. This is a feature of illegal work. You cannot use your native language even at home, all the time being under strict self-control. Although after several years of work it becomes completely natural. Even dreams are in other languages. My wife and I still speak mostly English and French.