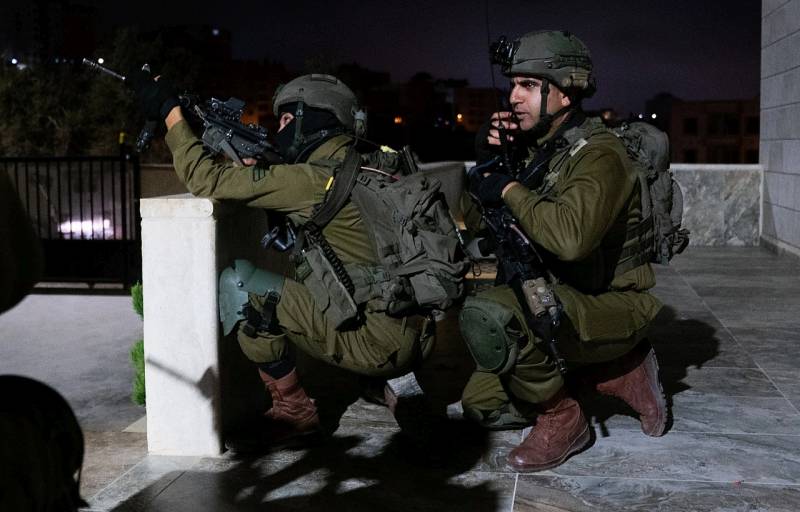 The Israeli edition of The Jerusalem Post revealed the details of the incident that occurred this morning north of Jenin in the West Bank. There, an Israeli patrol tried to stop an armed Palestinian couple, and a firefight ensued. An Israel Defense Forces (IDF) spokesman said both Palestinian militants were killed in the fighting. On the Israeli side, one officer was killed. His name has not yet been reported, the IDF command expressed condolences to the relatives and friends of the deceased.

Unfortunately, the morning is not good. We lost an officer last night. I express my condolences to his family
- Chief of the General Staff of the Israel Defense Forces Aviv Kochavi said at a briefing.

The suspicious couple was discovered during reconnaissance using a drone two hours before the incident. When they tried to search the Israeli military militants opened fire on them. A spokesman for the command said that "IDF soldiers took cover and fired at the suspects, neutralizing them."

Palestinian media reported the names of the dead. They are Ahmed Abed and Abdul Rahman Abed from the village of Kafr Dan near Jenin. Ahmed was reportedly an active Palestinian security officer.

The incident comes amid escalating tensions in the region in recent weeks, with Israeli forces ramping up arrests and other counterterrorism activities that Palestinians say "stir up popular anger."

On Tuesday morning, an Israeli Defense Ministry engineering vehicle operating along a security fence in the same area came under fire. There were no injuries, but the car was damaged.

The Jalama (Gilboa) checkpoint is located next to the security fence north of Jenin, where a number of attacks took place earlier this year and where the IDF has concentrated most of its anti-terrorism campaign. Israeli troops have repeatedly come under fire during night raids in the West Bank.

The IDF launched a military operation following a series of deadly attacks that left 19 people dead between mid-March and early May. During the anti-terrorist operation, the Israeli military has detained more than 2000 suspects since the beginning of the year. During this morning's raid in the West Bank alone, seven wanted Palestinians were detained, several units were seized weapons.