In the regiment wheeled "foreigners" arrived?

October 20 2012
126
Literally the other day, October 18, the media spread a new message regarding military-technical cooperation between Russia and foreign countries. A certain military-diplomatic source told the Interfax news agency that at present the Ministry of Defense specialists are testing and studying two GTK Boxer armored personnel carriers of German-Dutch production. The source also added that according to the test results, a recommendation could be issued on the adoption of this machine for the armament of the Russian army. It is alleged that the tests are already coming to an end and in the near future the corresponding report will be submitted to the leadership of the Ministry of Defense. Finally, the source of Interfax mentioned the possible creation of a joint venture for the licensed production of GTK Boxer armored vehicles in Russia. 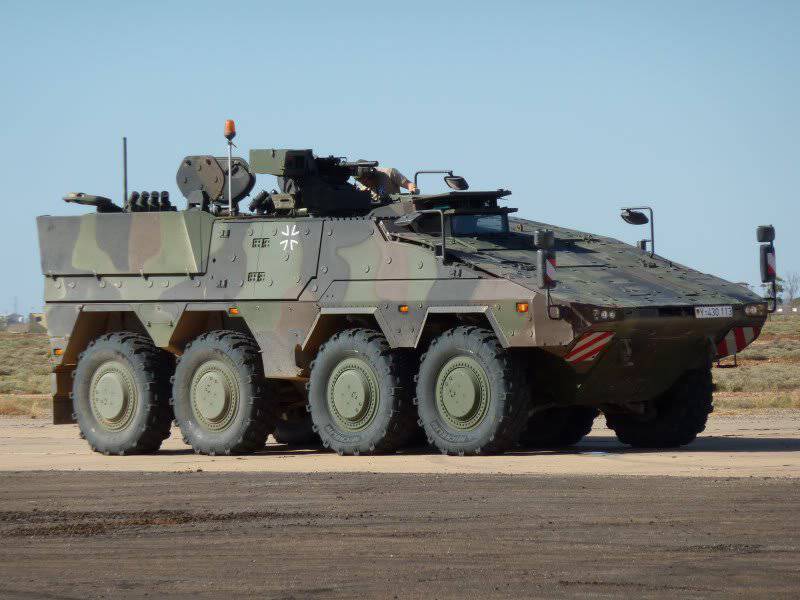 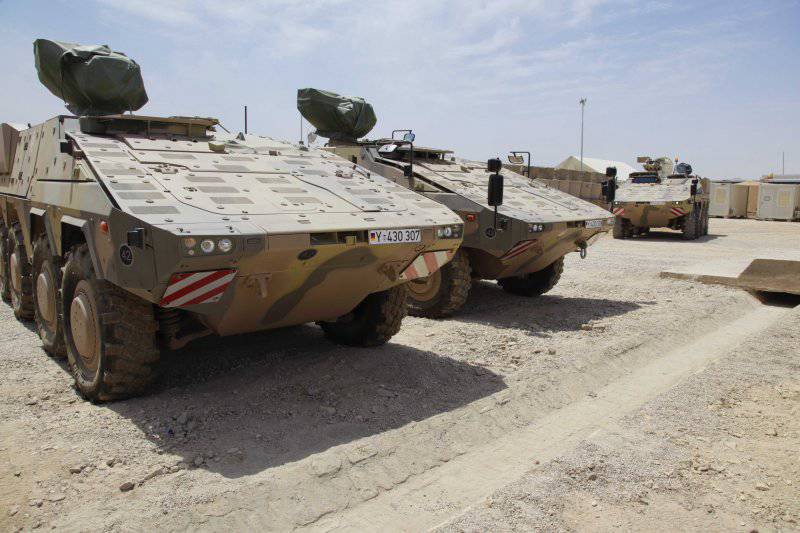 First of all, you should pay attention to the anonymity of the source. As practice has repeatedly demonstrated, reports received from such “representatives” of the Ministry of Defense, the defense industry, the Ministry of Finance and other organizations often turn out to be just rumors circulating in a given department, or even intentional ducks. Nevertheless, in the light of some recent trends in the development of the national defense and army reforms, the purchase of a small number of German-Dutch armored vehicles looks like a logical and expected step. The fact is that in the last couple of years, the domestic military have seriously turned their attention to light and medium wheeled armored vehicles. To date, the licensed production of Iveco LMV armored cars called “Lynx” has been launched, and two other Italian armored vehicles - Centauro and Freccia - are being tested. In the light of shopping for samples to study and establish a licensed assembly test GTK Boxer does not look something amazing and unique.

Consider the German-Dutch project more closely and try to imagine what it can be useful for the Russian military. First of all, it attracts with its novelty. Development GTK Boxer began a little more than ten years ago, and he just went to the troops of the countries that created it. Accordingly, you will not exactly blame him for the obsolescence of technology and design. In addition, the German-Dutch armored personnel carrier was created taking into account the experience of conflicts of recent years, which significantly affected its defense and armament. Finally, in accordance with the trends of recent years, the “Boxer” was originally made as an armored wheeled platform, on the basis of which a large number of specialized combat and auxiliary vehicles can be made. 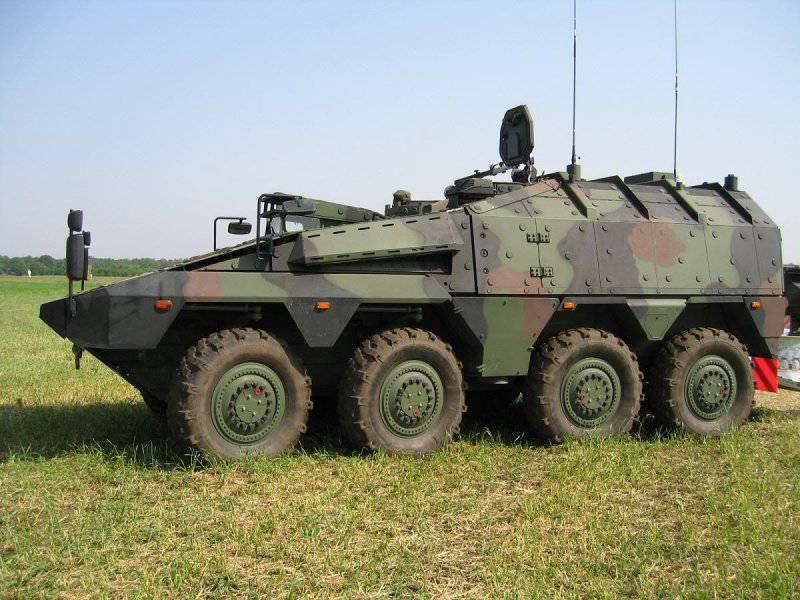 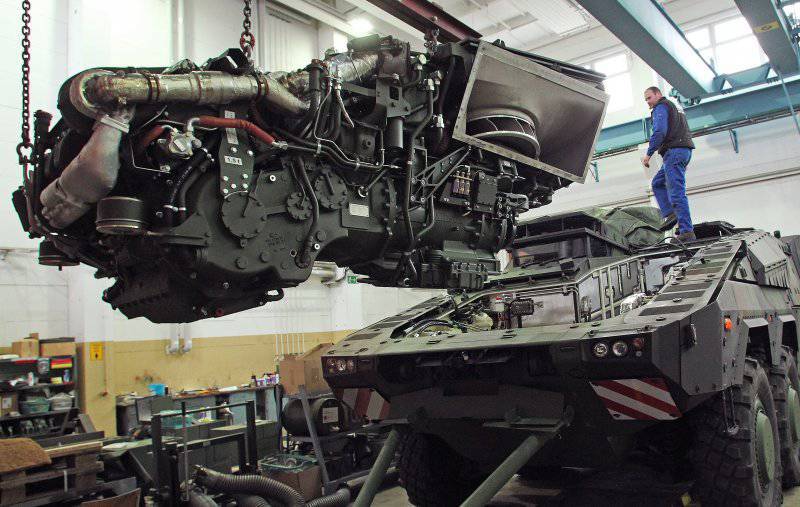 To ensure the safety of the crew and the landing, the BTR GTK Boxer is equipped with an AMAP (Advanced Modular Armor Protection) system developed by the German company IBD Deisenroth Engineering. The essence of this armor lies in equipping the combat vehicle with its own composite armor of steel, aluminum and ceramics, as well as adding additional modules of a similar structure. As a result, depending on the combat situation, the armored vehicle can be equipped with a suitable set of additional modules, which will provide it with the necessary level of protection. GTK Boxer can be equipped with reservation modules to protect the crew and units from rifle weapons and small-caliber artillery, from a number of anti-tank grenade launchers, as well as from mines of small and medium weight. The existing photos show how, for example, protection against cumulative jet grenades is provided. For this purpose, the booking module is equipped with an additional anti-cumulative screen. Of course, this does not protect against the tandem warhead, but the probability of defeat with the help of the most common anti-tank weapons is reduced several times.

The standard version of the weapon "Boxer" consists of a remote-controlled turret for a machine gun (including large-caliber) or an automatic grenade launcher. In addition, based on an analysis of the actions of armored vehicles during operations in Afghanistan and Iraq, it was decided to equip GTK Boxer with smoke grenade launchers. Such a set of weapons installed on the basic version of an armored personnel carrier. In addition, GTK Boxer can perform the functions of a self-propelled mortar - for this purpose, a rotary platform is installed in the troop compartment with the appropriate armament of caliber up to 120 millimeters. The development of more serious weapons systems, including with automatic guns of 20 caliber mm and above, continues.

The level of protection and armament of the GTK Boxer armored personnel carrier, as well as vehicles based on it, look quite sufficient and suitable for a car of this class. However, all this simply could not affect the combat mass and, consequently, on the driving performance. BTR own weight is approximately equal to 25 tons. A complete set of hinged armor with a maximum level of protection adds another eight tons. For some time abroad, the weight of the armored vehicle around 20-25 tons is considered normal - equipment of such a mass can be transported by a large number of available vehicles, including suitable aircraft. However, more weight requires the use of a more powerful and more expensive engine. An eight-cylinder diesel MTU V8-199 TE20 with horsepower 710 is installed in the front left part of the GTK Boxer hull. Thanks to the relatively powerful engine, the Boxer can move on a highway at a speed of over one hundred kilometers per hour. The fuel reserve is enough for almost 11 hours of this march. Regarding the ability of the armored vehicle to the intersection of water obstacles there is no accurate data. Most likely, a large weight does not allow GTK Boxer to swim. 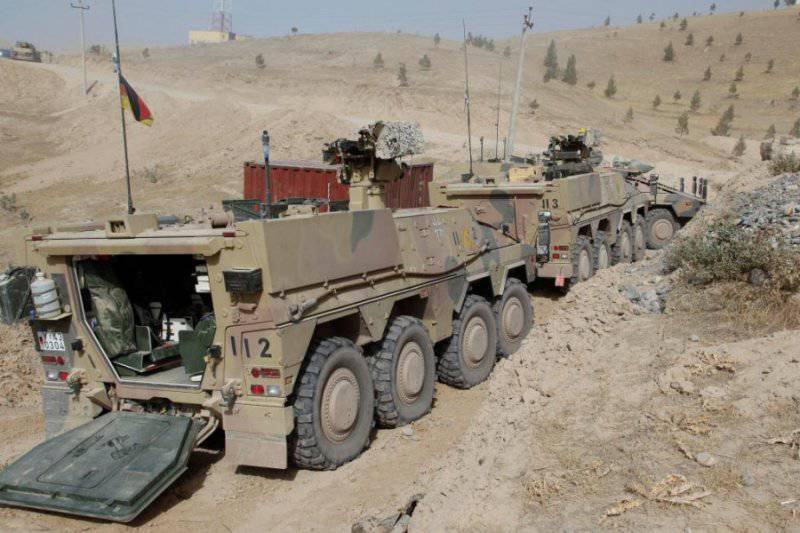 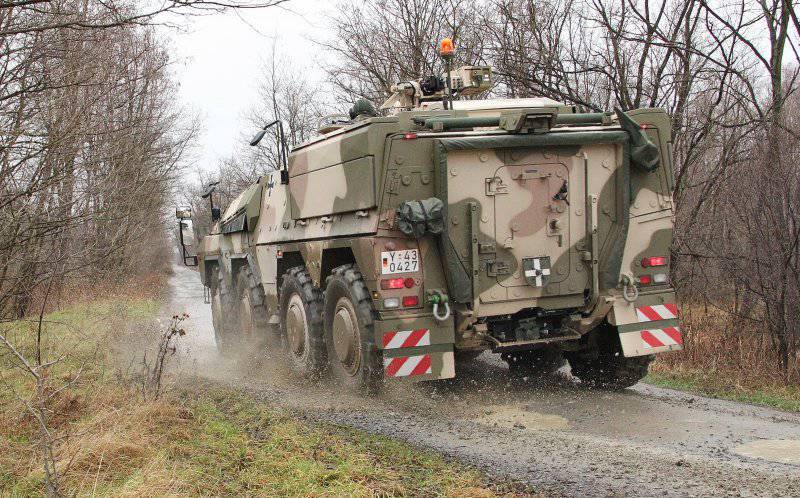 The crew of the German-Dutch car in the standard version of the BTR consists of three people: the driver-mechanic, the commander and the gunner. All of them have their own hatches and observation devices. At the rear of the vehicle is a troop compartment with seating for eight soldiers. The landing and landing of troops is carried out through a lowered ramp in the stern. Seats for the transported fighters are placed along the walls of the corps, which, to a certain extent, facilitates embarkation and disembarkation, but excludes the possibility of firing personal weapons through loopholes in the sides. However, when developing a new armored personnel carrier, no landing gear was provided for. Customers and developers of the project gave greater priority to the protection of the hull: due to the absence of any embedded parts, the armored personnel carrier in practice turns out to be more resistant to hits, including multiple ones.

As already mentioned, GTK Boxer is the base for various machines. By simple modifications, he can carry on himself other weapons (mortar or automatic gun) or special equipment. So, Germany has already signed a contract for the supply of command and staff 65 and ambulances for the addition of conventional armored personnel carriers to the 72. In addition, the "Boxer" can be the basis for repair and recovery vehicles or armored truck. In most cases, the re-equipment of the armored personnel carrier implies minor changes in the equipment of the troop compartment, in which it is possible to place communications equipment for the KSHM variant or a stretcher with lying wounded in the case of a sanitary armored vehicle.

As you can see, the GTK Boxer armored personnel carrier has both advantages and disadvantages. Some features of the German-Dutch machine, in particular the large combat mass, significantly distinguish it from what was developed and is being developed in the Soviet Union and Russia. However, the "Boxer" is of particular interest. The fact is that this machine was created as a multipurpose platform and its design was brought in line with the practice of recent wars. Accordingly, a careful study of the characteristics and design can tell a lot to domestic specialists. In this case, it is not necessary to agree on the subject of licensed production. Tests of two or three purchased cars can show all their positive and negative sides, as well as help to form their attitude to one or another element of the overall look. Thus, the purchase of a pair of new foreign armored vehicles is unlikely to be harmful. But the benefits of such a step is the subject of a separate dispute. At the same time, one should not forget that so far the Russian Ministry of Defense has not confirmed and refuted information about the tests of GTK Boxer and even about the very fact of purchasing such machines. 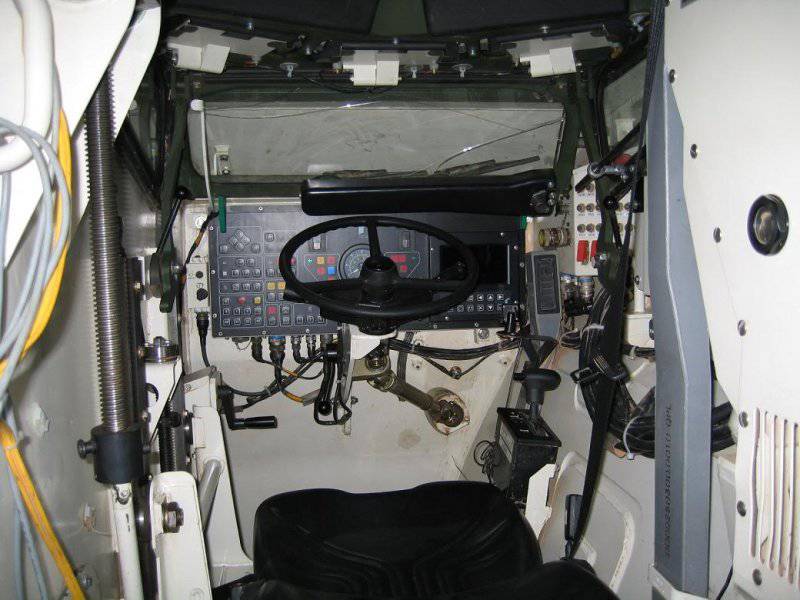 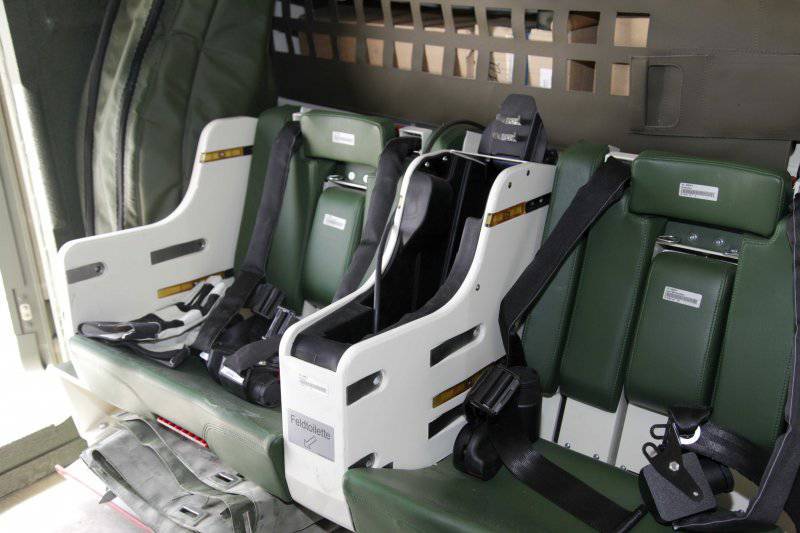 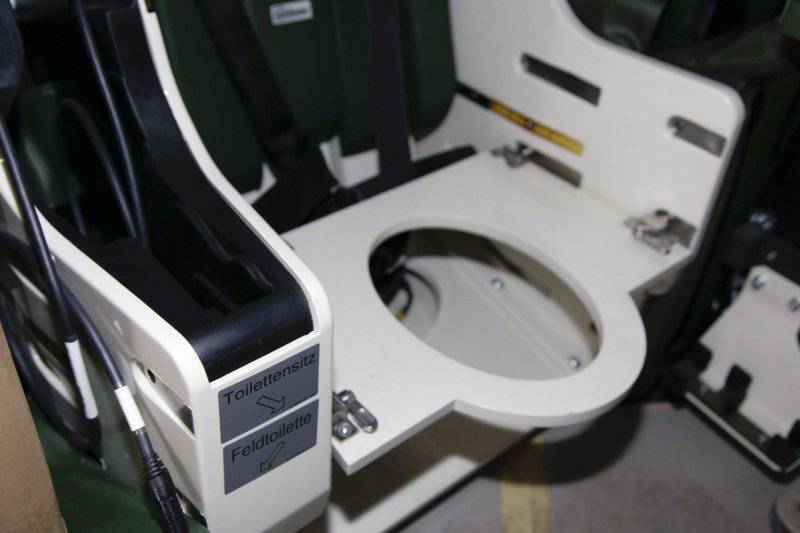 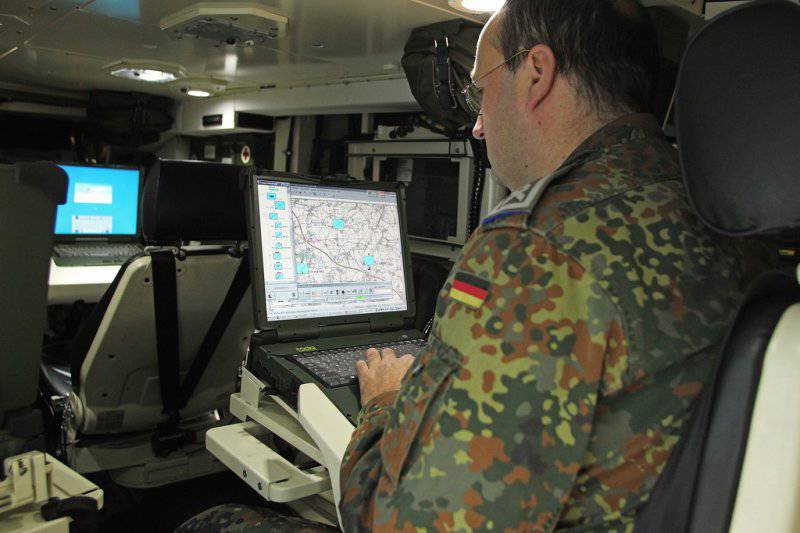 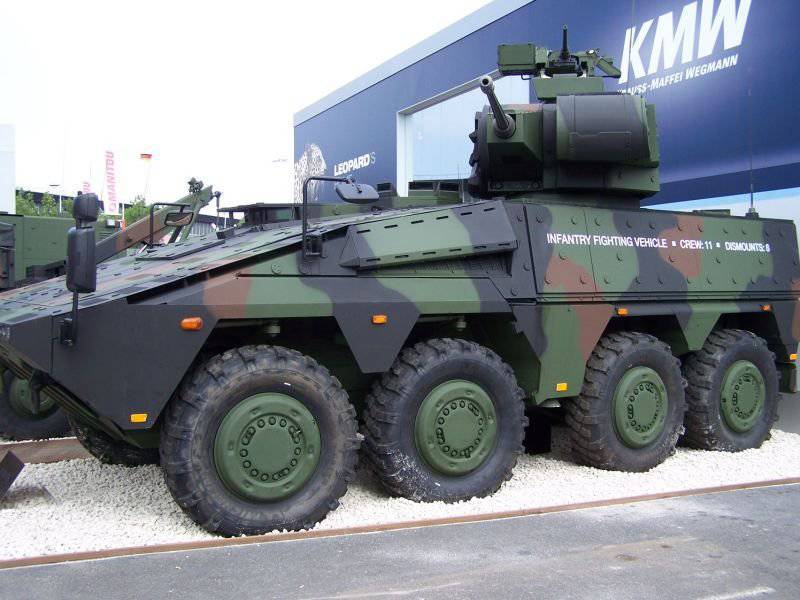 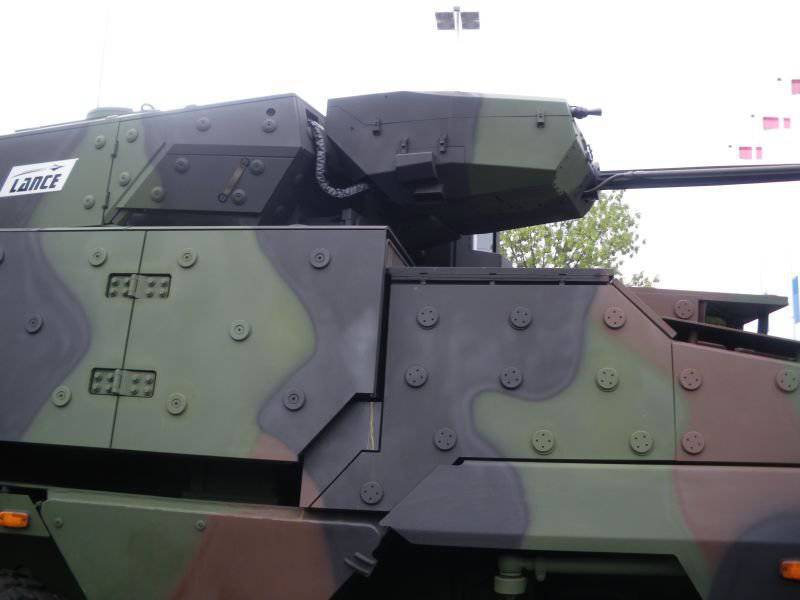 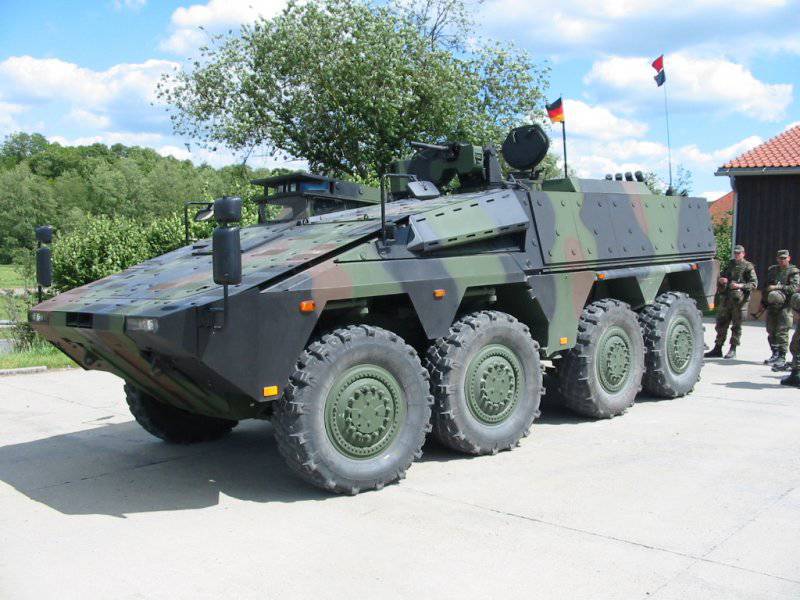