Sociological professor: "The prospect of the union state" Russia-Belarus-Tatarstan "has appeared 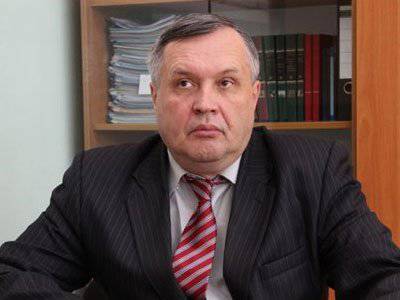 A well-known scientist from Kazan - sociology professor Alexander Salagayev prepared a report "Accelerated Socio-Economic Modernization of the Republic of Tatarstan: Achievements and Contradictions", which will be presented at the IV All-Russian Congress of Sociologists in Ufa on October 20. Some of the provisions of this work that have social and political significance, he proposed for the publication of the REGNUM news agency.

"The Republic of Tatarstan (hereinafter RT) is one of the most developed subjects of the Russian Federation. The share of the urban population is constantly growing in the republic, in 2011, it reached 75,4%. The petrochemical and chemical complex, large machine-building enterprises, and developed electrical and radio engineering are determining the industrial profile.

In terms of GRP, Tatarstan ranks 8 among the subjects of the Russian Federation. In 2011, the republic occupied leading positions in Russia in the main sectors of the economy: 2 place - in agricultural production, 4 place - in housing supply and in terms of investment in fixed capital, 5 place - in industrial output, 6 place - in volume works performed by the type of activity "Construction", 9 place by retail turnover. In the Volga Federal District, Tatarstan ranks first in terms of these indicators, in terms of retail trade turnover - 2.

Social indicators are also at a fairly high level. For the first time in the last 19 years, Tatarstan achieved a steady natural population growth (+ 0,9) per 1000 population (2010 year - (-) 0,2). The mortality rate in the 2011 year is the lowest in the last 11 years, it was 12,4 per 1000 population. Life expectancy in RT is 72 of the year, which exceeds the national average (69,7). These indicators were achieved due to a broad program of modernization of the healthcare system in the republic.

The capital of Tatarstan - Kazan, which has more than 1,1 million inhabitants, in the 2013 year should take the international student sports games (Universiade). The development of the Kazan infrastructure for the Universiade-2013 will also contribute to improving the quality of life of the population. In general, 64 sports facilities will be involved, of which 36 was built again. The Universiade Village was built in the 2010 year, before and after the Universiade, it is used as a student campus of the Kazan Federal University, as well as a federal center for the preparation of summer sports teams of Russia. Reconstructed international airport, railway stations, built interchanges and pedestrian crossings.

In general, for such a comprehensive indicator, such as the human development index (HDI), calculated by experts of the UN Development Program both for individual countries and for the regions of Russia, Tatarstan firmly holds the third place - right after Moscow and the Tyumen region. The image of Tatarstan as a rich and prosperous region is strongly supported by the ruling elite of the republic.

According to the system of indicators developed by the Center for the Study of Socio-Cultural Changes (CISN) of the Institute of Philosophy of the Russian Academy of Sciences under the guidance of prof. N.I. Lapina's level of secondary modernization in Tatarstan can be assessed at the level of 67 points, including the innovation knowledge index is 40 points, the knowledge translation index is 84, the quality of life index is 100, the economy quality index is 46.

A special place among the documents of strategic planning in the Republic of Tatarstan is occupied by the “Program of the social and economic development of the republic for 2011-2015 years”. According to it, by 2015, the GRP per capita at purchasing power parity should reach $ 35 thousand, the share of manufacturing sectors in the structure of the economy from the current 17-18% should increase to 25%, the share of exports of non-primary products - to 30%, the share of innovative products - up to 30%, the share of small and medium-sized businesses in GRP - up to 34%.

The average life expectancy of the republic’s population in 2015 should be 74 of the year, the average salary is 40 thousand rubles, the provision of living space is 26,5 square meters. meters per resident. Foreign direct investment per capita must exceed $ 1500 per year. All settlements of the republic should be provided with paved roads.

Along with the recognition of successes in socio-economic modernization due to multi-billion federal investments, it should be noted that Tatarstan is not de jure and more and more de facto a subject of the Russian Federation.

The Republic of Tatarstan is a sovereign democratic state expressing the will and interests of the entire multinational people of the republic; the sovereignty and powers of the state come from the people;

state sovereignty is the inherent qualitative state of the Republic of Tatarstan (article 1);

The Republic of Tatarstan is a sovereign state, a subject of international law, associated with the Russian Federation - Russia on the basis of the Treaty on the mutual delegation of powers and jurisdictions (article 61);

In 2008, Tatarstan completed the initial socio-economic modernization and achieved significant success along the path of secondary modernization. At the same time, rapid socio-economic development and political contradictions with the federal center (existence of the agreement “On the delimitation of competencies between the state authorities of the Russian Federation and the state authorities of the Republic of Tatarstan” approved by the Federal Law No. XXUMX 199 July 24 of the year and the provisions of the Republic of Tatarstan as a sovereign state in the Constitution of the Republic of Tajikistan, they strengthen the centrifugal trends in the development of the region with the prospect of creating a union state "Russia-Belarus-Tatarstan".