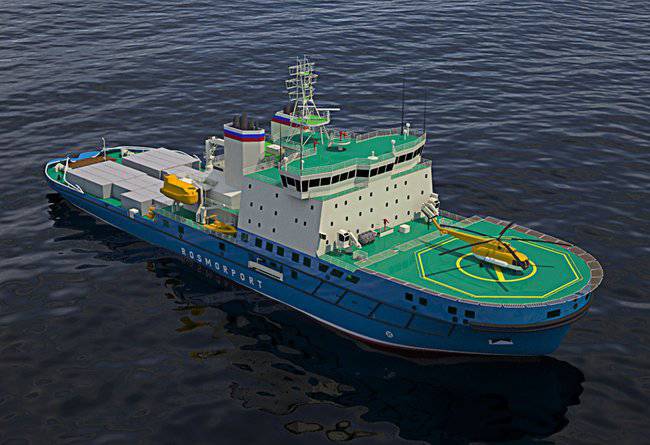 At the Vyborg Shipyard (part of United Shipbuilding Corporation), the solemn ceremony of laying the first hull of the linear diesel-electric icebreaker project 21900М (ЛК-16), developed by experts of the Krylov State Research Center for the FSUE "Rosmorport", came to an end. 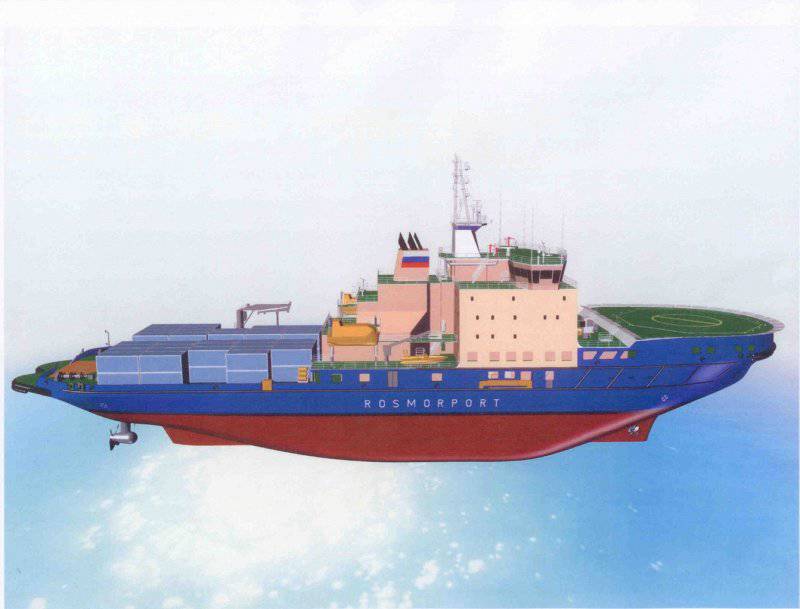 The technical design of the icebreaker was developed by the Baltsudoproekt Central Design Bureau, which is a subdivision of the Krylov State Research Center Federal State Unitary Enterprise (until the autumn of 2012, the Central Research Institute named after academician A. Krylov). The vessel with the production number 230 was laid in the slipway of workshop No. 9 of the Vyborg Shipbuilding Plant.

The icebreaker being laid today is the modernization of the 21900 LD project, the technical and partly working projects of which were also carried out by the Baltsudoproekt Central Design Bureau. According to the 21900 project, two icebreakers were built at the Baltic Shipyard in St. Petersburg: Moscow and St. Petersburg.

The 21900М icebreaker has a number of design differences compared with the 21900 project, in particular:

- the helipad is transferred to the bow of the vessel, the tank deck under the helipad with anchor-mooring facilities is closed;
- the width of the superstructure is increased from side to side;
- increased crew size;
- rooms for special personnel are provided;
- a heavy-duty cargo crane is installed;
- increased capacity of the propulsion complex;
- strengthened the strength of hull structures to reduce vibration;
- reinforcements of the corps in the area of ​​the ice belt were strengthened; the category of propeller columns was increased to the level of Icebreaker7;
- Installed equipment and systems that meet international requirements for environmental emissions and ballast treatment;
- increased autonomy of swimming.

According to the modernized project it is planned to build three icebreakers. According to the architectural-constructive type LD, type LK-16 is double-deck vessels with an extended tank, with an average location of the engine room, with two full-turn steering wheels in the stern and thruster at the front of the residential superstructure, with a helicopter landing pad at the bow and open deck aft.

21900М icebreakers have an unlimited navigation area. The main purpose is self-pilotage of large-tonnage vessels, towing vessels and other floating structures in ice conditions and on clean water, extinguishing fires on floating objects and other structures, carrying out work to assist ships in distress. In addition, the transportation of containers on the open part of the upper deck, including refrigerated containers with the corresponding power supply and other deck cargoes, was added to the icebreaker functions.

Brief specifications of the 21900M icebreaker:

The area of ​​operation is the Baltic Sea and the Arctic seas in the spring-summer period.