Vitaly Zhuravlev: Russia in the conditions of aggravation of the military-political situation in the world 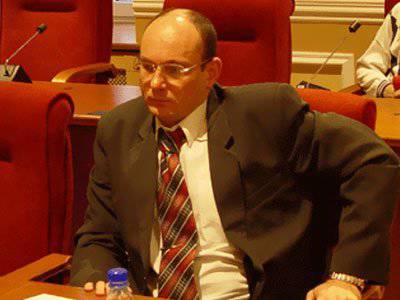 Due to the diversity of the processes taking place in the world, it is difficult to assert with complete confidence that you have a full understanding of the present and a clear appearance of the future political stories. However, you can strive to establish a causal relationship of the events and on this basis to predict future events. In this regard, we will try to consider a possible future international conflict, that is, a direct or indirect clash of interests of two or several parties (states, groups of states, nations, political movements) on the basis of the existing contradictions between them. Unresolved contradictions lead to an increase in the struggle between the parties to the conflict before the international political crisis, which can lead to the use of military force, including the level of armed struggle with the use of modern weapons, the involvement of allies and major world powers, the expansion of the territory of the conflict.

Where are these contradictions visible? The United States today is the only truly world power capable of intervening in events anywhere in the world. The US military budget today exceeds the total military budget: the rest of NATO, the Russian Federation and China. Today, US dollars account for more than 60 percent of all foreign exchange reserves in the world. The main shareholders of the Federal Reserve Bank of New York - the Rothschilds and the Rockefellers - form a sort of "small Politburo" that makes fateful decisions in the field of world politics, economics, and finance. According to Ben Bernanke, chairman of the Federal Reserve System (FRS) of the United States at a conference of the World Bank and the International Monetary Fund in Tokyo, stimulating the US economy helps the growth of other countries. Quantitative easing, that is, printing the dollar, not only helps to restore the US economy by stimulating demand, but also contributes to the recovery of the global economy as a whole, he noted.

However, in real life after the crisis 2008-2010. there has been a significant change in the situation. A number of states (Russia and China; China and Japan; India and Japan; and others) declared their intention to abandon the use of the US dollar in their calculations when conducting mutual settlements. In general, statistical analysis shows that socio-economic development centers are increasingly moving from Europe and North America to countries in the Asia-Pacific region. In the foreseeable future, the advancing dynamics of China and India will continue. As a result, the level of American supremacy will decline. The world economy is entering a new phase of crisis, and American hopes for a weakening of the main competitor of the United States, China, are becoming less and less realistic. At the same time, the US leadership, US presidential candidates Mitt Romney and Barack Obama are talking about it, is trying to maintain world political leadership in the conditions of the economic crisis. Note that the National Armory Association of the United States officially announced its support for the candidacy of Romney for the presidency, and he commented that he was proud of it.

So, Washington has the ambitions of world leadership, the powerful influence of the military industrial complex, a huge army and serious socio-economic and financial problems. By the way, the United States is a country that does not have gold resources. The global financial crisis of 2008 and the subsequent recession cost her a total of at least 12,8 trillion dollars. The US budget deficit in the 2012 fiscal year was 1,1 trillion dollars, i.e. more than a trillion dollars for the fourth year in a row. It is no longer possible to get out of this crisis format only by printing dollars: a radical change in the existing world system is necessary. In such conditions, internal social factors are primary in the foreign policy of the state, and not the general system of established international relations.

Geo-economic and geo-financial power dictates its own rules of the game to the world, creating a kind of legislative basis for neoliberal integration. As you know, the theoretical basis of neoliberalism was in many respects the work "The End of History" by Francis Fukuyama. (1989 g.). In it, Fukuyama substantiates the future of the world system as Western-style liberal capitalism. Liberal institutions, such as the rule of law, representative democracy, free media and a market economy, are of universal importance. According to Fukuyama, what we are probably witnessing is not just the end of the Cold War or the end of any period of post-war history, but the end of history as such: that is, the end of the ideological evolution of humanity and the universalization of Western liberal democracy as the final form of human of the board. American "realists" proclaim unipolarity and American hegemony in the world as the best form of world order. In their opinion, states with significant economic and power potential should strive to maximize power, not stability and security. International diplomacy is moving to the level of technical registration of the real economic and political division of the world.

The financial and economic crisis that began in 2008 contributed to the re-emergence of the theme of creating a world government that will manage the economy, politics, resources, environment, finance, etc. on a planetary scale. The world society will be a hierarchical structure, in essence, a world state where the nation states will lose their value, becoming territorial entities, and any centrifugal tendencies on their part will be immediately stopped. The USA will become a model of a world state, with the propaganda of American democracy and lifestyle as a model for democracy all over the world.

This explains the facts that on the eve of the presidential elections in the United States military theme has become particularly relevant. As the English sociologist Hadley Bull noted at one time, war is a violent act that is carried out on behalf of a political association, is of a mandative and official nature, and is directed against another political association. At present, according to experts, serious conflicts are likely, primarily in the Greater Middle East: from Morocco to Afghanistan and Pakistan.

For example, in 2011, by announcing plans to withdraw troops from Afghanistan by the end of 2014, the US administration announced that it would maintain a military presence in the country at the level of 3-4 of thousands of military personnel, as well as advisers. According to media reports, now we can talk at the 25 negotiations with thousands of servicemen remaining in Afghanistan after 2014 and several thousand civilian instructors. Currently, up to 70 thousands of US troops are deployed in Afghanistan.

The situation is especially serious around the notorious Iranian nuclear program. And if the EU member states are focusing on economic sanctions packages against Tehran’s nuclear program and allow Iran to use nuclear energy for peaceful purposes, the United States and Israel are much more radical. Barack Obama gave a firm guarantee to Israel that Tehran would not receive nuclear weapons under any circumstances. M. Romney declares that, if elected, the US will attack Iran. Information appears in the media that Israel plans to attack Iran before the US elections on November 6 and this will unleash a large-scale war.

The Iranian military is talking about the possibility of a preemptive strike if Tehran is absolutely sure of Israel’s intention to launch a war. Iran is also ready to attack US military bases throughout the region and block the strategically important Strait of Hormuz, which transports up to 40% of all world oil.

According to other experts, the scenario that the first to strike Israel is doubtful. They suggest that Iran will be involved in the conflict as a result of provocations as its initiator. The options are the preparation of special operations at sea with the participation of ships belonging to allegedly Iranians, who may attack the ships of the United States, Israel and Saudi Arabia or a land operation under the guise of an armed uprising of the internal opposition in Iran. It is in this connection that the US State Department excluded the Iranian opposition group Mojaheddin-e Khalk (Organization of People’s Mujahideen of Iran) from the list of terrorist organizations.

What are the possible actions of Russia in the conditions of aggravation of the international military-political situation, first of all, in the Near and Middle East?

20 December 2011 in Moscow signed a Protocol on the deployment of military infrastructure in the territories of the CSTO member states, according to which the parties decide on the deployment on their territories of groups of troops (forces), military infrastructure of non-member states, after urgent consultations (coordination) with other parties and in the absence of their official objections.

Thus, the CSTO member state makes the appropriate decision, for example, on the deployment of NATO military bases in its territory, only if there is no objection from the other CSTO members, by de facto consensus. The protocol is an important document ensuring coordination of states within the CSTO and their consolidated position in the face of new challenges and threats to regional security.

On the other hand, the Protocol formally assumes, under the stipulated conditions, the existence of the most hypothetical possibility of deploying troops and military bases of third countries on the territory of the CSTO member states. The other day the Protocol was submitted for ratification to the State Duma.

However, the main foreign policy direction of Russia should certainly be the prevention of the military scenario of the development of events near its southern borders. It is necessary to do everything possible to normalize relations between Iran and Israel and prevent NATO intervention in Syria. In this regard, the proposal of Turkish Prime Minister Recep Erdogan to Iran’s President Mahmoud Ahmadinejad to establish a committee to resolve the situation in Syria, which may include Iran, Turkey, Egypt or Iran, Turkey and Russia, deserves attention. Russia itself should promote such initiatives.