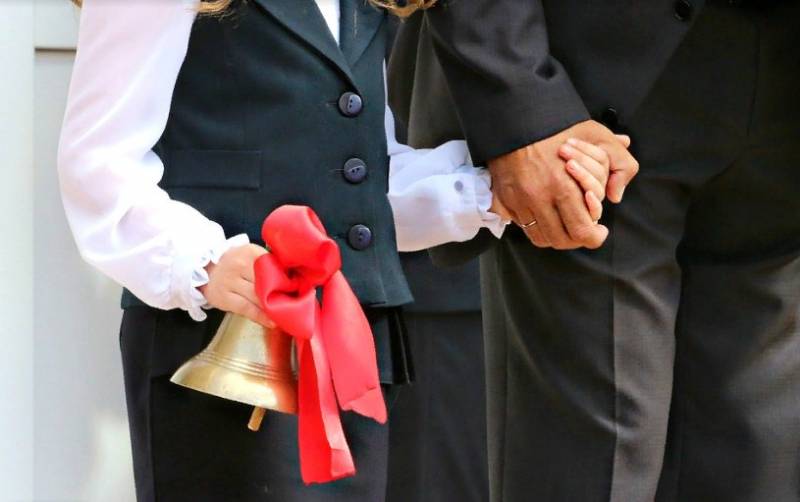 Today, September 1, in Russia, as in many former Soviet republics, the Day of Knowledge is celebrated.


It is worth noting that the academic year in Russia does not always begin on September 1st. For example, back in 1930, children had to be enrolled in school in the fall, without reference to a specific date.

For the first time, the above date as the official start of the academic year in the USSR was fixed in 1935 by a decree of the Council of People's Commissars and the Central Committee of the All-Union Communist Party of Bolsheviks. At the same time, Knowledge Day, as a national holiday, was established only in 1984.

September 1 for most schoolchildren and students marks the beginning of the next stage in the educational process. However, there are those who will sit at the school desk for the first time today. This event is reverent and exciting, both for the "first-graders" themselves and for their parents.

Today, solemn lines will be held throughout the country, at which the first bell will sound. Teachers will conduct introductory classes, and students will receive a lesson schedule and begin to immerse themselves in the educational process with renewed vigor and enthusiasm after three months of rest.

However, this year it so happened that the above-mentioned events will not be held everywhere. So, in the republics of Donbass and in the territories of Ukraine liberated by the RF Armed Forces, in some settlements, children will begin their education remotely, and the holiday will be held without solemn rulers.

This situation is due to regular shelling of peaceful cities by Ukrainian paramilitary groups.

However, even in Ukraine itself, not all children will be able to start full-fledged education in their own school. The thing is that the Armed Forces of Ukraine and the National Battalions occupied the buildings of many educational institutions, turning schools into fortified firing positions, which naturally makes it impossible to use them for their intended purpose.

Meanwhile, despite the difficult situation in the Lugansk and Donetsk People's Republics, as well as in the territories of Ukraine liberated by the RF Armed Forces, local authorities, with the support of Russia, are doing everything possible so that children can get an education.

So, it is reported that in the liberated territories of the Zaporozhye region from September 1, about 37 thousand students will start studying. More than 876 thousand copies of textbooks have already been delivered to the libraries. Children will be provided with hot meals, including the northern regions where hostilities are taking place (ready-made meals will be delivered there).

In addition, President Vladimir Putin on the eve decided to pay a one-time assistance to students aged 6 to 18 living in the territory of the LDNR and the liberated regions of Ukraine, in the amount of 10 thousand. rubles. Funds, which will undoubtedly not be superfluous in the course of purchasing school supplies, will be able to receive parents of students.