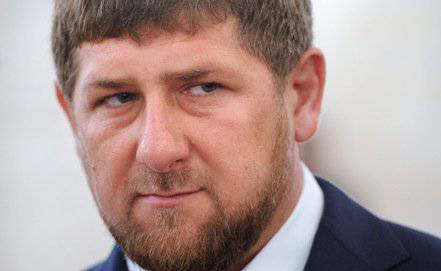 The head of the Chechen Republic, Ramzan Kadyrov, highly appreciated the results of the fight against terrorism and militants in the republic for the 9 months of the current year. During the meeting with the head of the Ministry of the Interior of Chechnya Ruslan Alkhanov and representatives of the clergy he made special emphasis on the fact that no terrorist act was allowed. “This is good news,” Kadyrov stressed.

The head of the republic also stated that the number of remaining militants, whom he often calls "shaitanians", does not exceed several dozen. He explained how to finish them off: “Special emphasis should be placed on prevention. According to various sources, the number of militants can reach 35-40 people. The leaders still at large can find the weak-minded, mentally retarded, and mentally disturbed young people and involve them into their ranks. This must be opposed by all. Not only the police and special services. "

“To solve the problem of fighting extremism, it is necessary to strengthen the work on spiritual and moral education of young people,” Kadyrov explained.

Kadyrov added that the most important task of the Chechen security officials is to find and catch or destroy Doku Umarov: “This rat needs to be found, detained, and if it is resisted, not to risk the lives of employees, eliminate it. Search not only in Chechnya, but anywhere according to operational data, he may be hiding. Of course, there are no forces behind him, he is afraid of his own shadow. But gangsters and their foreign patrons need his name, and this name should be deleted from the list forever. "

While the head of Chechnya claims that the problem of terrorism has been practically solved, the federal center is preparing to throw an army into the fight against bandit formations. The main pain points in the North Caucasus at the present time with which this Moscow decision may be connected are Dagestan and the border areas of Chechnya and Ingushetia.

The decision to engage army units to participate in counter-terrorism operations can be taken at the next meeting of the National Anti-Terrorism Committee (NAC). According to the source RIA "News"in the security forces, this decision has already been tentatively agreed with all interested departments, including the Russian Defense Ministry. He explained the possible involvement of the Armed Forces of the Russian Federation in the fight against militants - the first in recent years - as follows:" Participation of units of the Russian Armed Forces in counter-terrorism the operations are explained by the need for the growth of the power component in the region, as well as the early and final destruction of the remnants of the gangs there. "

The expert of the Association of Military Political Scientists Alexander Perendzhiev, in an interview with Ytra correspondent, commented on this information as follows: “If such a decision is made, it means that large terrorist gangs have appeared that need to be destroyed not during special operations conducted by the Ministry of Internal Affairs and the FSB, but army full-scale operations using aviation, artillery and armored vehicles. There was a need to defeat them. "