For Russia, there is no military solution to the situation in Ukraine

In my last article, I analyzed Kuchma's book "Ukraine is not Russia." Among other things, it voiced the thesis that the population of Ukraine, to put it mildly, is heterogeneous in its political and ideological views. Russia's military victory will not be able to change this. Moreover, the more trap - the more problematic in the socio-political sense will be the regions.

It is also necessary to understand that in the presence of a real threat, in the most extreme case, the government of Ukraine can be evacuated outside its borders and carry out its activities aimed at destabilizing the region indefinitely. It will be appropriate to recall an article that was published in the Military Review back in 2012, with a very telling title - "NKVD against the UPA - the war after the Victory".

However, it is worth noting two important facts. Firstly, such methods can hardly be expected in the current realities. Secondly, as time has shown, even they could not completely cure the patient.

In addition to the social aspect, there is another, no less, and perhaps even more important issue - the economic one.

Here it would be appropriate to make some digression - after the collapse of the USSR, the oligarchs became the owners of the once "national" wealth. In Russia, Vladimir Putin clearly outlined the rules - oligarchs can do business, but they should not get into politics.

In Ukraine, unfortunately, this did not happen. For this reason, everything that happened in the political arena of the "square" was, in fact, a puppet theater for children. The real power has always belonged to the oligarchs, while politicians were just a screen, diverting people's attention from really important problems to secondary issues.

What are the main questions?

It does not matter at all in which direction the country develops, wherever it goes, its foundation will always be such areas as energy and logistics.
These areas require huge investments and are designed for payback periods measured in decades.

And no matter what anyone says about “unwashed Russia”, the fact is that the schedule for the development of electricity generation in the Russian Federation looks something like this: 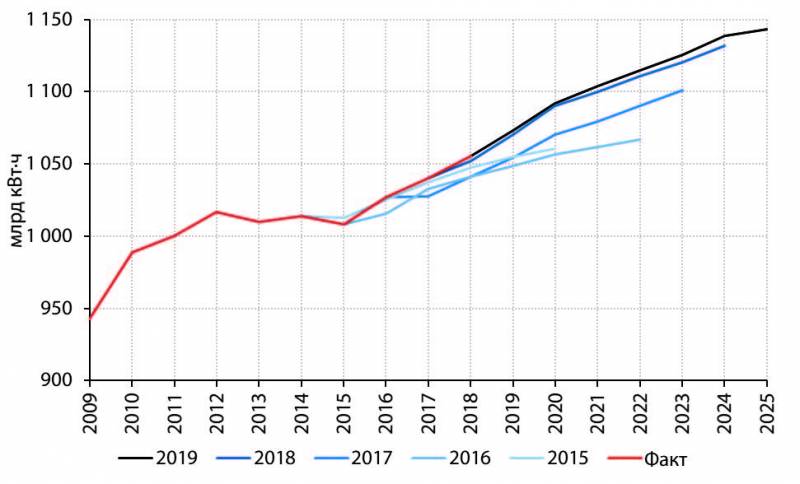 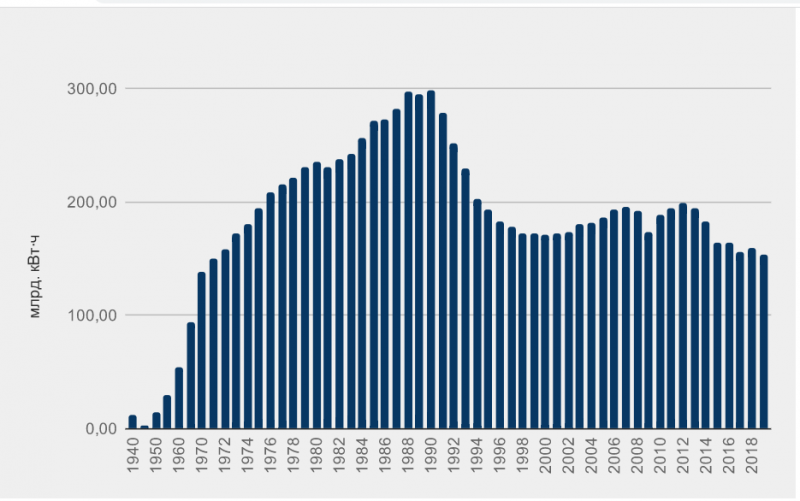 Moreover, it is noteworthy that the English version of Wikipedia even focuses on such a graph: 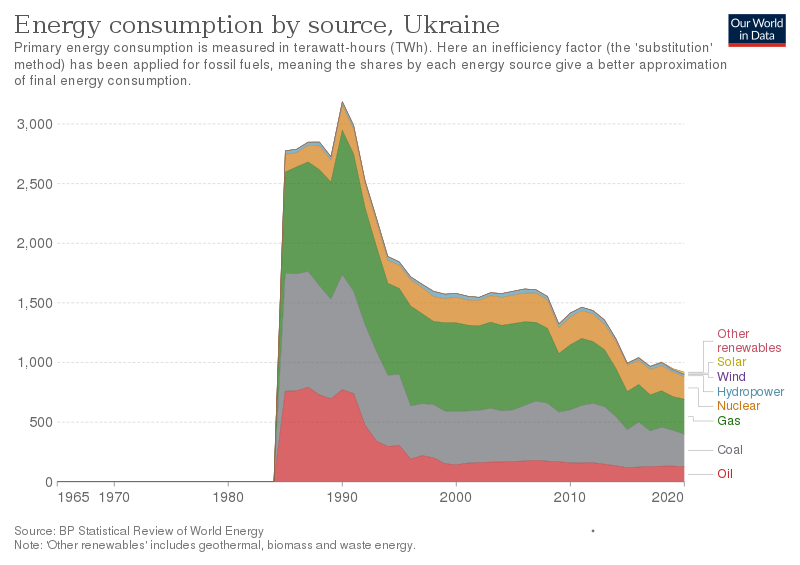 There is a "decommunization" three times.

What is funny, the Ukrainian version of this article on Wiki does not contain graphs.

But the quantitative indicator is half the trouble. The second half can be characterized by the report of American military engineers, which was compiled in 2016 based on the results of the audit of DneproHPP. The state of many nodes there was assessed as close to emergency and an urgent overhaul was recommended.

With the railway (logistics) the situation is no better. And perhaps even worse. Briefly, it is characterized in just two minutes of this video:


The list of the richest people in Ukraine is opened by Rinat Akhmetov and Viktor Pinchuk. By a strange coincidence, Akhmetov is engaged in energy, and Pinchuk is engaged in the production of railway products, but not for passenger transportation (Ukrainians will endure continuing to ride in Soviet cars), but for freight trains. The very ones that export products from factories owned by other oligarchs.

For 30 years, Ukrainian oligarchs have been siphoning off the resource from the infrastructure that Ukraine inherited from the USSR, monetized it, without trying to return at least part of the money to support this structure.

While a woman in a wheelchair was wheeled around the political arena, and the newly minted poets of the Maidan wrote their poems about "brotherhood", the Ukrainian oligarchs left Ukraine in a state of impending systemic collapse. If we draw analogies, Ukraine was sold to the United States, like a car from under a taxi. With near-zero resources.

After the events of 2014, Russia spent a lot of money to bring Crimea back to normal. The video below shows a small part of what we had to do with the infrastructure.


For us, this means that we need to think 1 times before “attaching” certain areas. It is necessary to do this, looking back at the strategic and economic value of the regions.

Only further advance along the Black Sea coast, in order to control the Black Sea and the presence of a land corridor to Transnistria, can be attributed to the really necessary military tasks. A number of other regions may be of some value, but the complete denazification of Ukraine by military means is a very dubious scenario for Russia.

An alternative method of defending its interests for Russia is the use of energy and food leverage. We must understand that our geopolitical opponents also have a very limited margin of safety in these areas. After all, Ukraine's Western partners must support it not only with weapons.

The media in Ukraine widely advertised the orientation of the energy system of Ukraine towards Western partners. Moreover, curators from the United States positioned Ukraine, represented by Zelensky, as a country that could come to Europe's aid in the energy issue.

Ukraine is ready to increase electricity exports to Europe, but for this it is important that the Zaporozhye NPP remains connected to the Ukrainian grid. Our energy exports could reduce Moscow's pressure on Europe and Italy: despite all the difficulties, we can help provide at least 8% of electricity consumption in Italy.
Today, another significant step has taken place in our rapprochement with the European Union, Ukraine has begun a significant export of electricity to the territory of the EU, to Romania. And this is only the first stage, we are preparing to expand supplies.
Zelensky stressed that this is a matter not only of export income for Ukraine, but also of ensuring security for the whole of Europe. He recalled that the country joined the European energy system after the start of Russia's special operation.
However, to date, the Zaporozhye nuclear power plant has been shut down and is under Russian control. All events around this station clearly demonstrate as far as this moment was important for our opponents. Russia has completely destroyed the image of Zelensky as a “partner” of Europe, capable of giving at least something in return.

Moreover, by striking at CHPP-5, Russia showed that it can very easily make Zelensky not a donor, but a recipient.

And, in my opinion, this is a brilliant victory for Russia, which potentially opens up very great opportunities.

After all, initially, I repeat, Zelensky was presented to Western inhabitants as a person who would help Europe at least in some way. And under the circumstances, the West may have to energetically contain Ukraine, against the backdrop of the energy crisis "at their home."

This aspect is important because the layman does not feel anything when his country sends 10 howitzers to Ukraine. But on the other hand, he immediately feels the low temperature in the room and the multiply increased utility bills, as well as the lack of electricity due to rolling blackouts.

Now we should wait for the reaction of the West and further actions of the Russian Defense Ministry in relation to the energy system of Ukraine. After all, this aspect for the Europeans is much more important than what is happening now on the Ukrainian battlefields.