To be or not to be Gosplan in Russia? 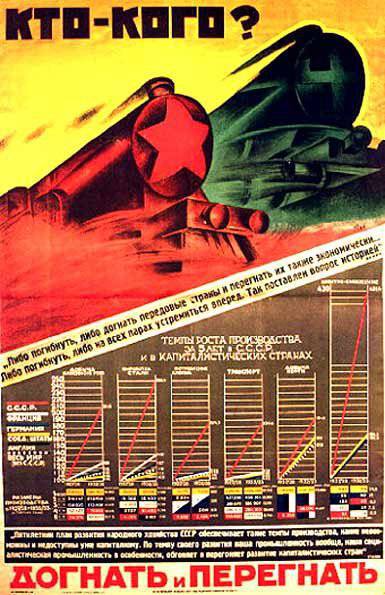 Perhaps today Russia can be called one of the leading countries in the world in terms of using the experience of strategic planning at the state level. As you know, our country was the first in the world to use the State Plan for the development of various sectors of the economy. According to experts, the first Gosplan is the famous GOELRO - a country's development strategy based on its large-scale electrification. The GOELRO project itself began to implement at the beginning of the 20s of the last century, and whatever the critics of this truly powerful program say, the strategic project of providing the country with affordable electricity pulled many other industries along with it and was able to lead the Soviet Union into real industrial giants.

If we evaluate the implementation of the strategic development plan for the energy sector of Soviet Russia, and then the USSR, in numbers, they are impressive. Electricity production from 1920 to 1935 year increased by 56 (!) Times. Coal mining volumes are 12,5 times, steel production is 66 (!) Times. Certainly, there will be people who declare that all these figures are the result of banal Soviet propaganda, which was directed not to multiply industrial and economic achievements in various economic sectors and reduce the level of industrial development in pre-revolutionary Russia. However, one can try to write off Soviet achievements solely on the work of the propaganda machine, but the fact is that with all the existing stereotypes of closeness of the Soviet Union in 20-30, the industrial sphere was not at all closed from external contacts by an insurmountable wall. There is a huge amount of publications by far not only Soviet authors about the present industrial breakthrough of Soviet Russia based on the use of the State Planning strategy for decades to come. Numerous foreign experts of that time noted that the growth of Soviet industry in 20-30-s was simply amazing. Many of these Western experts tried to adopt a long-term planning strategy for use at the level of their own economies, however, at least two problems existed.

The first problem was that by that time Western society could not be called a society of enthusiasts, because work at all-Union construction sites is an innovation that clearly could not be used in countries with a capitalist economy. The second problem was, and it is not a secret to anyone, that unpaid labor was used at numerous construction sites of factories, canals, power stations, and roads. Calling things by their proper names, the Soviet government did not oppose the fact that hundreds of thousands, or even millions of prisoners, invested their labor for the good of the country in which they lived. The phrase “redemption of a fault by hard work” during the implementation of the strategic development plan became the norm. For obvious reasons, when using virtually free labor, projects were implemented in the shortest possible time. And if you take into account that for any miscalculation, and even more so for the manifestation of sabotage, you could get a bullet in the back of your head, the work went with enviable productivity.

Naturally, such a state of affairs was unacceptable in the West, but this did not mean at all that the idea of ​​State planning was somehow bad. One thing is the plan itself, another thing is the methods of its implementation. By the way, at least two states in the world, which did not differ in their special sympathies for the Soviet methodology of economic development, nevertheless began to use certain practices of the USSR in relation to their own economies. We are talking about the development strategies of such states as Japan and France developed in the post-war years.

Today it is considered that the positive development of the economy is possible only if the state structures do not interfere in the financial sphere and do not create any plans for its development. Allegedly, economic mechanisms themselves are able to bring any economic sphere of the country to a new level without any interference from the government of the country. However, the same Japanese post-war example suggests that such a judgment is the most obvious misconception.

The fact is that immediately after the end of the Second World War, the Japanese economy was literally on the verge of survival, as in principle, the Japanese state itself. However, starting from the end of 40, the government of the Land of the Rising Sun decides not only to follow the path of protectionism in the most affected areas of production, but also to develop a strategic plan for their development, which will be designed for decades. At the same time, the Japanese government chose the path of financial support for the competitive environment, abolishing the monopolies that remained from the prewar period. In the development strategy, a clause was made according to which the government would act as a guarantor for the protection of Japanese products in the external market. In this case, a gentlemen's agreement was concluded, so to speak, aimed at developing a strategic development plan by the state and adopting this plan for action by Japanese business. The main role of financing (in the amount of about 65-70%) was given precisely to private investors, who received state preferences from the Japanese government in their future work. In other words, the state authorities in Tokyo developed a full-scale development project and “launched it” directly into the business, which was supposed to go strictly according to the plan. The amazing symbiosis of classical planned economy and purely capitalist principles, which led to a real industrial boom in the Land of the Rising Sun, making it a few decades later the second economy of the world. By the way, there were no oppressed factory-builders and Kanalo-Armyans under the sights of warders in Japan. This once again proves that it is possible to implement a qualitatively developed Gosplan by completely civilized methods.

Today, China is living along the path of strategic planning on the part of the state and by its optimal (state) intervention in the economy. Here, too, the symbiosis of the socialist and capitalist approaches to the development of the economic system was applied, which was reflected in the annual growth of the Chinese financial system in double digits. Today, growth has slowed, but it has slowed down not only in China, but around the world, so it’s simply wrong to associate a slowdown in growth with a partially planned model of the PRC economy.

Not so long ago, information came out of the Russian parliament that our legislators are also thinking about how to reanimate the fairly forgotten Gosplan system. Naturally, its revival cannot yet manifest itself in full, yes, by and large, this is not necessary. The priority areas where strategic planning, calculated for different terms, can be implemented, are called "defense" and the economy. True, the very concept of "economy" looks so multifaceted that the State Planning Commission may well embrace most of the country's economic activity.

While it is known that the plan for the development of a country's defense strategy can be transferred from the Ministry of Defense directly to the Supreme Commander, that is, to President Vladimir Putin. In turn, Putin may entrust the preparation of such a strategy to the General Staff. If you believe the comments made by Anatoly Serdyukov, this plan can include such items as a plan to create material state reserves, a strategy for deploying the Armed Forces of the Russian Federation, and a mobilization plan for the economy.

According to experts, the points on the interaction of local authorities, the Ministry of Internal Affairs, the Ministry of Defense and the Ministry of Emergency Situations to counter serious threats of natural disasters may be in the new strategy. In the same multilateral format, work can now be carried out to counter the spread of extremism and level the terrorist threat throughout the entire territory of the Russian Federation.
Such a strategic plan for the development of the country's defense can be calculated either up to the 2016 year (short-term), or up to the 2025 year - a long-term one.

It is obvious that the lack of a strategy for the development of the country's defense capability may have a very negative effect on the modernization of the army. If we recall the very recent historywhen strategic planning in the Armed Forces of Russia was, in fact, eliminated, we had to face threats to which the security forces were completely unprepared. These are Chechen campaigns, manifestations of terrorist activity in the regions of Central Russia, and events of the 2008 model of the year. The preparation of a strategic plan for the development of the defense sphere will make it possible in the future to more effectively respond to a variety of challenges that we may not even suspect today.

If we consider the option of a possible attack by the United States and (or) Israel on Iran, then here already now it is necessary to carefully develop a strategy of Russia's behavior. After all, ill-considered actions can lead to mistakes that will harm the interests of the Russian Federation in the region. And we need to think about the possibility of the flow of refugees from the north of Iran through Azerbaijan, the possible aggravation of the struggle for Caspian resources, the emergence of new centers of instability in the Caucasus, and much more.

Strategic planning in the economy today looks much more complicated. After all, the world can not get out of the next crisis funnel, which leads to stagnation and regression in many countries around the world. Although, on the other hand, when else should we try to find new ways of development, if not in a crisis period? The main thing is that the intervention of the state should go along a rational path, and not slide to the banal regulation of the economy by the old Soviet methods. Moreover, here we will have to take care that the State Planning Commission does not become another document that allows corrupt officials of all stripes to stretch their hands not only to the state or regional budgets, but also to the finances of private companies.

In general, Gosplan itself is quite a sensible thing, but only if civilized methods are used to implement it, and it will not become a scarecrow for private investors and business development.