Israeli KAZ "Raam Segol": for several years they waited for a rocket to fire on a tank 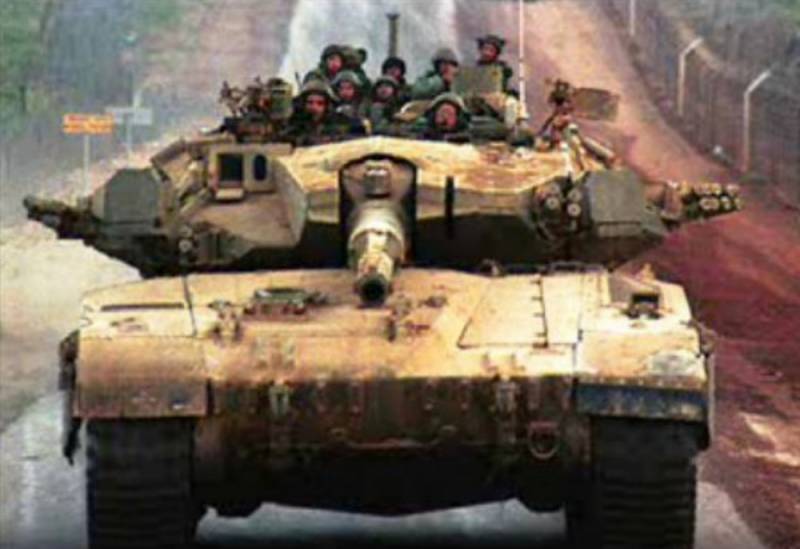 The active protection complex "Trophy" has already become the hallmark of Israel, because it is equipped not only Tanks Merkava, but also the American Abrams. However, before it was adopted by the military, other options were considered, among which was Raam Segol. This system was remembered not so much for its way of countering incoming projectiles, but for not quite full-fledged combat tests, during which the Arabs did not fire a single missile at the tanks.

Not destruction, but disguise

In general, of course, the Israeli military is well able to draw the right conclusions and apply them in practice. To a large extent, this also applies to the armored forces of the Israel Defense Forces (IDF), which have gained extensive experience by participating in wars with the Arab states. Moreover, it concerned not only the tactical component, but also the understanding of what threats a tank might face on the battlefield.

For example, the Arab-Israeli wars showed that the number of armored vehicles destroyed by enemy tank fire is only a quarter of the total number of losses. But the vast majority of cars became victims of cumulative rockets, grenades and anti-tank mines. This had an impact not only on the characteristics and subsequent modernization of the Merkav, but also on the creation and mass production of such technically complex systems as active protection systems (KAZ).

Unfortunately, Israeli scientists and the military are very reluctant to share information, but information leaked to the media gives some insight into stories work on tank active protection. One of its stages was a complex called "Raam Segol", which means "Purple Thunder" in Russian. 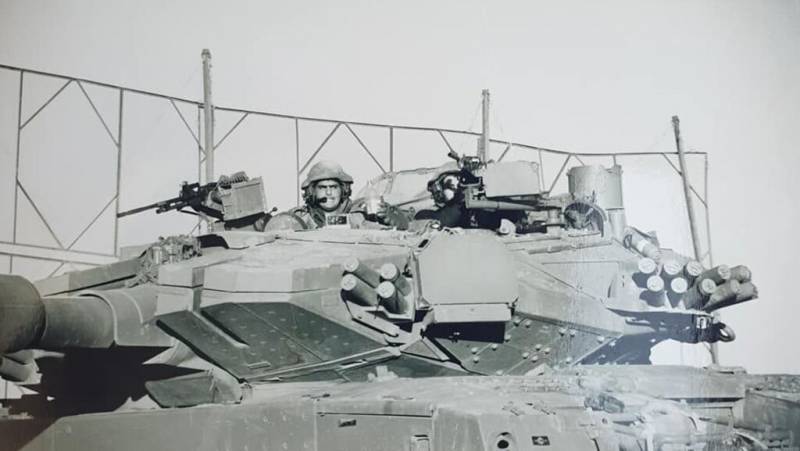 The elements of Raam Segol are clearly visible: a radar station and mortars for setting aerosol curtains. Source: army-tech.net
Development work on "Raam Segol" for tanks "Merkava" began in the first half of the 90s. They involved units of the Israeli military and aviation industry under the general direction of the Ministry of Defense. Judging by the available data, the military industry was responsible for creating the element base and adapting the complex for the tank, but the aircraft manufacturers concentrated on a radar station to detect incoming projectiles.

The Raam Segol included a set of radar stations installed on the tank turret, an on-board computer and mortars for launching aerosol grenades. The principle of operation of the system, as it has already become clear, was quite different from the Trophy familiar to us and consisted not in the destruction of ammunition attacking the tank, but in camouflage due to an aerosol screen. And, of course, this product was only effective against guided missiles. In general, it could be said that the complex was more related to optical-electronic suppression.

It worked in the following way. Continuously scanning the surrounding area around the protected vehicle, the radar detected approaching dangerous objects and transmitted data about this to the on-board computer. He, in turn, calculated the direction and approximate trajectory of the projectile and deployed the tower in its direction, firing a volley of aerosol mortars. As a result, the operator of the rocket fired at the tank lost sight of it. If the missile was controlled by a laser beam, then the guidance failed due to the poor permeability of the masking curtain.

When did the Arabs not have rockets?

The development of the Raam Segol active protection complex required not only field tests, but also verification in real combat conditions. To do this, at the end of 1996, a separate tank company "Nakhshol" was created, the vehicles of which were equipped with this protective system, and only experienced tankers were recruited into the number of crews.

The exam for Nakhshol was planned to be quite difficult, since the company was supposed to operate in southern Lebanon, where the Israeli army held part of the territory along the entire length of the border. The specific place where the Merkavas were based with the Raam Segol complexes was the Rihan stronghold, one of the most remote and dangerous. Apparently, the choice of this site was due to the fact that fierce fighting there was quite common, and this, in turn, would help to fully appreciate the capabilities and potential of active defense. 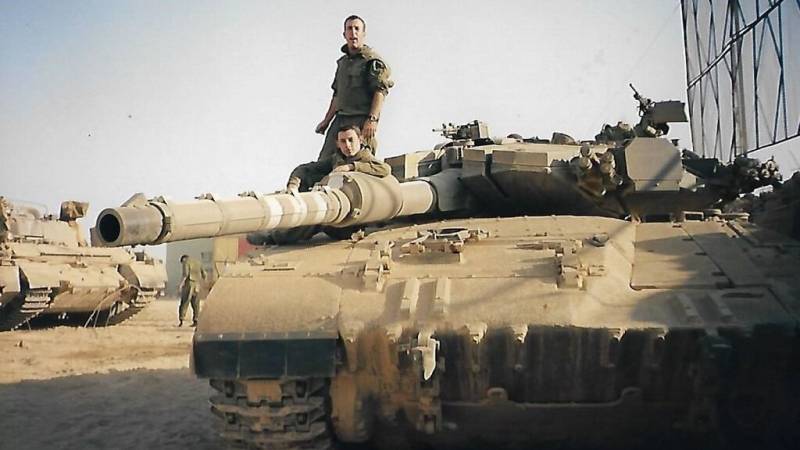 Tankers of the Nakhshol company pose on their Merkava equipped with KAZ. Source: overtdefense.com
All actions of the newly minted company took place in the strictest secrecy. It even got to the point that the infantrymen serving in the stronghold were forbidden to climb the tanks. In addition, tankers were ordered to cover airborne radar stations and aerosol mortars with special covers, which were only allowed to be removed when performing combat missions.

Initially equipped with KAZ "Merkava" performed tasks quite typical for those places, which were generally limited to supporting infantry positions during an enemy attack, as well as creating tank ambushes. However, over time, the list expanded with night raids, during which the vehicles traveled in pairs across the terrain or went to combat positions without infantry cover. According to sources, the icing on the cake was day trips, moreover, to those places where the enemy could be on commanding heights. Previously, this was not practiced, since the tanks became convenient targets for shelling with grenade launchers and rockets from the Lebanese side.

In general, the actions of "Nakhshol" began to look more and more like a deliberate call on enemy fire on their own vehicles - you just can't do anything to test active protection in action. And in fact, a lot of things flew in: the tanks came under mortar fire, the Arabs hit them with grenade launchers and covered them with rocket artillery of various sizes. Only anti-tank missiles did not fly, on which they planned to test the Raam Segol, because it protected just from them.

Apparently, the Lebanese simply did not have anti-tank missile systems, and if they did, they were used for other purposes. Ultimately, Nahshol stayed in southern Lebanon for about three years and was withdrawn from there in May 2000. During this time, not a single anti-tank guided missile was fired at her tanks, although there is information that some kind of ATGM (it turned out to be impossible to clearly identify) nevertheless flew by and exploded near the tank tracks, but the KAZ did not work on it.

Thus, the Raam Segol system was never tested in combat conditions against what it was created for in principle. Certain results in general operation, including the work of the radar, of course, were obtained, but its continued existence turned out to be a big question. The system could not counteract grenades and artillery cumulative shells - they did not require flight control, which means that the aerosol curtain actually became useless. Here, perhaps, the onboard radars, which determined the direction of the shot, were more beneficial, and thus made it easier for the tankers to hit enemy firing points.

In the end, work on the Raam Segol was stopped due to lack of prospects, however, with a high degree of probability, its components - primarily the radar - were used to create the already more advanced Trophy active protection.