Russian TSAMTO turned out to be a scam 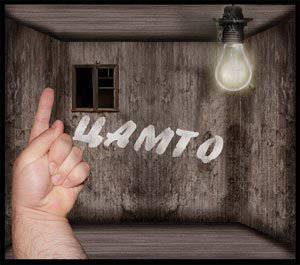 Floor, finger, ceiling - these are three reliable sources of predictive information for the analysis center of world trade. weapons.

With the abbreviation TSAMTO, an inexperienced citizen of our country may feel that this center is a huge multi-storey building made of glass, steel and concrete. On each floor, hundreds of highly qualified personnel monitor the situation on the world arms markets in real-time and give well-grounded forecasts of the further development of the situation in the field of military-technical cooperation (MTC). However, in reality there is no building. The number of employees - one full-time unit. The office is registered at the address of either a swimming pool or a kindergarten. Near whether the bakery, or auto repair. Authorized capital - 10 thousand rubles. Self-appointed director - Igor Korotchenko. In their work, these unique weapons "Horns and hoofs" use only secondary information. Representatives of the domestic expert community have repeatedly drawn attention to the lightness and inaccuracy of the forecasts of TSAMTO, sucked out of three "P". Our story is only about one of the last punctures of this center.

To begin, pay attention to the "Moskovsky Komsomolets" № 26050 from 25 September 2012 of the year. A newspaper correspondent asks the director of the Center for Analysis of Strategies and Technologies (CAST) Ruslan Pukhov (we give the question and answer in full):

- Usually they say that Russia consistently ranks second in the world in arms sales after the United States. How long are we able to hold on to these positions? Which market segments are losing, which ones are increasing? Which regions of the world and countries are turning away from us, and which we still hold in the field of our influence?

- Russia's stable second place in arms exports is an old and very tenacious myth. Since there are not so many reasons for national pride, it is strongly supported. In fact, with the exception of literally a couple of years, we have always been ahead of the UK, which, on average, exports weapons to 8 billion pounds per year, that is, depending on the exchange rate, it is somewhere 13 – 15 billion dollars. Our exports last year are 13,2 billion dollars. So in the last seven or eight years, we have often been the bronze medalist. And at the beginning of the 2000s, Russia was ahead of the French as well. Then they had a period of extremely low sales and we were ahead of France. However, with the 2008, the French are gradually increasing their sales, and when deliveries under contracts, such as naval systems to Brazil and India, begin, Paris will return its third place. The Israelis are stepping up on our heels as well, which are already reaching sales in 10 billions of dollars.

As for our bestsellers, these are Su-30 fighters, air defense systems, non-nuclear submarines, and to a lesser extent Tanks T-90S. Combat helicopters and airborne helicopters are selling excellently; sales of training equipment have been growing rapidly lately. But from the losses, I would first of all note our forced withdrawal from the military transport segment aviation.

If we talk about markets, then for the foreseeable future, India will remain the largest buyer of Russian weapons, with which work is being conducted on a long-term basis within the framework of ten-year programs. Although competition in this market is intensifying. The Indians themselves are gradually going into the niche of expensive high-tech weapons, where we are weaker than the Americans and Europeans, but there will still be a place for Russian products there.

We have a very good friendly and comfortable relationship with Vietnam. At the beginning of the 2000s, the Vietnamese bought in Russia only 100 million dollars of weapons each year, now annual purchases exceed a billion.

The Arab revolutions have a very mixed effect on us. It is believed that as a result of them, we lost the Libyan market and are now forced to stop deliveries to Syria. But on the other hand, Western intervention in Libya spurred Algerian purchases, which seem to have already compensated for lost Libyan demand. And in Libya itself is not so clear. It’s not at all true that as the situation stabilizes, the new authorities will completely reorient themselves towards Western sources of weapons.

In the same Iraq, we already see that the Shiite government pursues a much more independent military-technical policy from Washington than could have been expected. Hopefully, there are still pleasant surprises waiting for us.

But the truly major catastrophe in the MTC system in recent years has been Russia's accession to the embargo against Iran. As Talleyrand once said, the French foreign minister of Napoleon’s time, is worse than a crime, it’s a mistake.

Let us pay attention to the assessment of the prospects of military-technical cooperation with Iraq by the director of the Center for Analysis of Strategies and Technologies Ruslan Pukhov: “I hope that pleasant surprises await us here.”

Of course, Igor Korotchenko, the self-appointed director of TSAMTO, got out right away with his forecasts in one of the news agencies and online editions. Here is what he literally said about this, commenting on media reports that in the coming years, Baghdad could buy weapons and military equipment worth 4,3 billion dollars from Russia:

“The US will block any large purchases of Russian weapons by Iraq. Over the past four years - from 2008 to 2011 - Russia has sold weapons to Iraq worth 246 million dollars, mostly helicopters. At the same time over the same period, the actual supply of weapons and military equipment of American production amounted to 6,56 billion dollars. For the period of 2012 – 2015, Russia has no weapons contracts at all.

Based on these data, we can say that the United States fully controls the policy of Baghdad in the field of arms procurement. Expecting that this trend will be changed and Russia will get contracts worth 4,3 billion dollars is unrealistic. The United States will block the conclusion of such contracts. Russia has certain opportunities to increase arms exports to Iraq. However, this is most likely possible only in the nomenclature of the Mi-17 type helicopter and its maintenance. As for the projected Iraq’s procurement of Mi-28HE impact drums and MiG-29М / М2 fighters, this seems completely unrealistic given the dominance of American aircraft in this segment. ”

That is, the self-appointed head of TSAMTO extremely negatively assessed the prospects for military-technical cooperation with Iraq.

However, at that time, informed sources warned that it was planned to conclude contracts for the sale to Iraq of MiG-29М / М2 fighters, armored vehicles, air defense systems (namely, 42 combat vehicles of the Pantsir-C1 complex), and 30 combat helicopters Mi -28HE. At the same time, Iraq will actually become the launch customer for the Mi-28HE. The first package, rightly assumed in the expert community, will include “Armor-С1” and Mi-28НЭ.

And that's what is called news under the heading "at the last hour." Last week during the visit and. about. Iraqi Defense Minister to Moscow, the governments of the two countries agreed on the purchase by Iraq of Russian weapons and military equipment. Moscow will supply Baghdad weapons and military equipment worth 4,3 billion dollars. Such a treaty is signed for the first time since the American invasion of Iraq.

On the issue of restoring arms purchases, Russian Prime Minister Dmitry Medvedev and Iraqi Prime Minister Nuri al-Maliki met in the spring and summer of this year. Even then, real experts predicted that in October, during the visit of the Iraqi delegation to Moscow, a major contract would be signed. This is what happened. The meeting between Dmitry Medvedev and Nuri al-Maliki, which ended in a series of negotiations on the supply of weapons and military equipment, was held last week.

The signed contracts deal with the delivery of 42 gun-missile anti-aircraft systems "Pantsir-1" and 30 helicopters MI-28HE. According to the deputy director of the Center for Analysis of Strategies and Technologies Konstantin Makienko, Russia also plans to negotiate with Iraq about the sale of MiG-29М / М2 fighter jets and armored vehicles.

The signing of one of the largest contracts in the field of military-technical cooperation for all the latest history Russia and Iraq, where the US troops are still located, explained Pukhov by three factors.

“Firstly, it is obvious that the US influence on Iraq is too exaggerated. The Shiite government of this country is beginning to pursue an increasingly independent policy from Washington, looking increasingly towards Iran, ”said the expert. The second important factor he called the personal contribution of the former head of the Federal Service for Military-Technical Cooperation MTS Mikhail Dmitriev, who, as director, repeatedly stated that “you shouldn't give up” and “you need to continue working with Iraq”. In addition, Pukhov noted, over the past 10 – 13 years, Russian arms exports have found tremendous support from the Kremlin. “In such a sensitive area as the military-technical cooperation sphere, the political support of gunsmiths from the country's leadership is very important, and they have received it and are getting it so far,” the head of the TsAST said.

According to forecasts of the publisher of the magazine “Arms Export” Ruslan Pukhov, Russia, India, Vietnam and Libya will be strategic buyers of military equipment and weapons in the near future. And although the revolutions in the countries of North Africa and the Middle East negatively significantly reduced the demand for Russian weapons, yet Russia’s accession to the embargo against Iran was a real catastrophe.

Let's return to TSAMTO. As we see, the forecast made by its leader does not correspond to the real state of affairs in the vast majority of positions. And no wonder, if we turn to the personality of the self-appointed director of this office, Igor Korotchenko. He has education in the volume of a provincial military school (he never studied anywhere else), served in insignificant officer positions in the Armed Forces for all 12 years (did not command either a platoon or a company, and was dismissed from the army as a lieutenant colonel in an extremely disgraceful article), OPK has not.

Therefore, one can only be surprised at the positions of representatives of some TV channels, news agencies and online publications, publishing extensive forecasts and comments by the self-appointed head of TSAMTO. All this is sucked from the finger. TSAMTO does not have its own and exclusive sources of information; it does not receive any reports from its agents, supposedly rooted all over the world, so all forecasts, assessments and comments of TSAMTO are nothing more than the opinion of a single person. And such experts with a net in their hands on an area of ​​three stations can catch an entire tank in an hour. But the value of their statements and forecasts, this must always be remembered, will be no more than twenty kopecks per bundle.