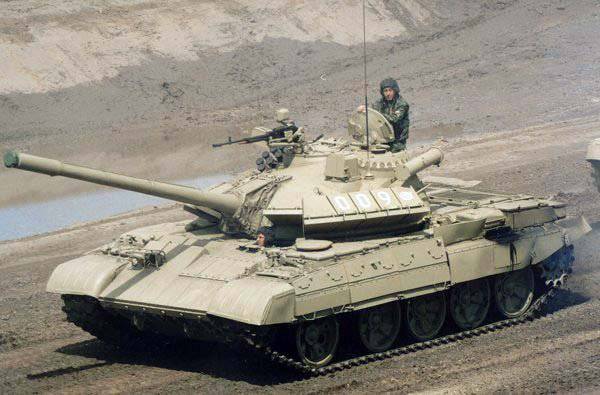 In 1981, the Soviet Union adopted the 9K116 "Kastet" complex with a 100-millimeter missile guided by a laser beam fired from the T-12 anti-tank gun. The complex was developed under the guidance of A.G. Shipunova in Tula KBP.

Even before the development of the Kastet complex was completed, they decided to launch the development of guided weapons systems for the T-54/55/62, unified with it. Almost simultaneously, the development of two complexes was carried out: 9K116-1 "Bastion" - designed for tanks T-54/55 with 100-mm rifled guns D-10T and 9K116-2 "Sheksna" - compatible with 115-mm smooth-bore guns U-5TS for T-62 tanks. The 9M117 missile was borrowed unchanged from the Kastet complex, while the Sheksna equipped it with support belts to ensure stable movement along the barrel of a caliber of 115 millimeters. The changes mainly affected the shell with a propelling charge, which was redesigned for the chambers of these guns.

As a result, in a short period of time, at insignificant costs, conditions were created for the modernization of third-generation tanks, which provided a multiple increase in combat effectiveness, and also substantially equalized the firing capabilities of the upgraded models of tanks - T-55М / МВ / АМ / АМВ / АД, Т- 62M / MW at significant distances with the fourth generation machines.

The development of tank complexes completed in 1983.

In the future, the Sheksna and Bastion complexes served as the basis for the development of the Fable 9К116-3, the BMP-3 guided weapons complex. The AK "Tulamashzavod" has now mastered the serial production of the upgraded 9М117М rocket, which has a tandem cumulative warhead capable of penetrating jet armor of both modern and prospective tanks.

In the west, the complex was given the designation AT-10 "Sabber".

The composition of the complex 9K116-1 Bastion:

Guided shot ZUBK10-1 on the external contours is close to high-explosive fragmentation ZUFO37 and ZUOF10 - unmanaged analogs of the shot. The structure of the UTS10-1 includes a rocket and a sleeve. The sleeve is made of steel and has a screw bottom equipped with a detonator. Inside the liner there is a propellant charge, which tells the rocket an initial speed from 400 to 500 meters per second, a centering ring, trellis shell, and an inert gas reservoir that provides after-shot purging and removal of charge combustion products.

Shot ZUBK10 is a unitary loading ammunition, which makes it possible to use it in automated ammunition. All rocket launch operations are carried out automatically.

The rocket was carried out according to the "duck" scheme. Ahead was a cumulative warhead 9H136М, aerodynamic rudders, deployed backwards on the flight and air-dynamic steering gear of a closed circuit, having a front air intake. To reduce the size of the solid engine had a front arrangement of two oblique nozzles. The tail part was used to accommodate the main units of the onboard guidance system equipment using laser radiation. The wings, opened with the help of a special device, are placed at an angle to the longitudinal axis of the rocket and provide rotation during flight. Guidance missiles - a laser beam, semi-automatic.