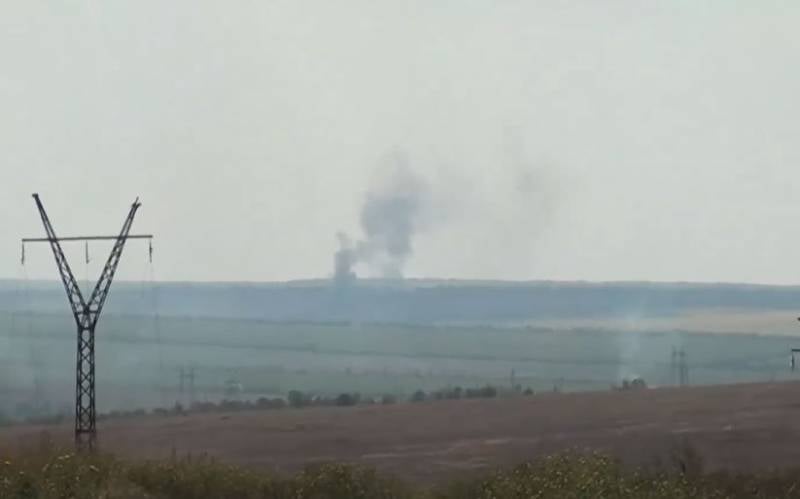 Allied forces took control of the territory of the Knauf plant in Soledar, the enemy is trying to dislodge the entrenched units, but ours managed to repel all the counterattacks of the Armed Forces of Ukraine.


The units of the second corps of the NM of the LPR and the assault groups of the Akhmat special forces have taken control of the territory of the Knauf plant on the southeastern outskirts of Soledar and are holding it. The Armed Forces of Ukraine made several attempts to knock out the allied forces, but to no avail, all of our Ukrainian counterattacks were repelled. At the same time, the promotion of the NM LPR and Akhmat continues.

The Akhmat special forces, together with the second corps of the LNR people's militia, are successfully clearing the responsible territories from Bandera's evil spirits. Also, the forces of the allied forces in the city of Soledar took control of the territory of the Knauf plant. Our fighters systematically, through competent and unhurried combat, advance into the occupied territory, thereby forcing the enemy to leave their fortified positions.
- wrote the head of Chechnya Ramzan Kadyrov in his TG channel.

According to information available on Monday evening, the sixth Cossack regiment of the NM LPR occupied and held part of the territory of the Knauf plant, fighting with the enemy. At the same time, units of the NM of the LPR established control over the heights near Vladimirovka and Stryapovka to the northeast of Soledar.

The position of the Armed Forces of Ukraine at the Soledar-Artemovsk line is difficult, in order to hold positions, the command decided to transfer reserves from other sectors, in particular from Kramatorsk, Chasov Yar, Zvanovka, etc. However, this weakened the positions of the Armed Forces of Ukraine near Seversk, ours took advantage of this and resumed the offensive.
Military Reviewin Yandex News
Military Reviewin Yandex Zen
23 comments
Ad