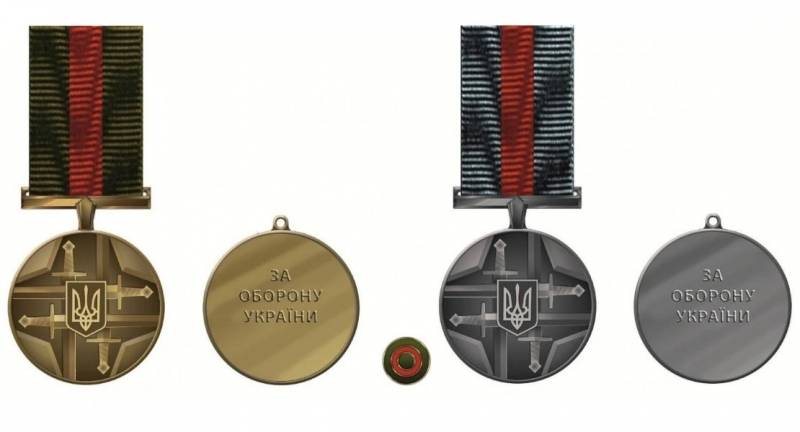 In Ukraine, a new medal has been established, which will be awarded to those who distinguished themselves in the "defense" of Ukraine from "Russian aggression", it is called "For the Defense of Ukraine". The desire of those who settled in Kyiv to at least somehow mark those who protect them is commendable, but the design again let us down. The Network has already noted that the pattern on the front side of the medal resembles the Nazi swastika.


Zelensky signed the decree approving the new medal last Friday, August 5. The document states that it will be awarded to military personnel of the Armed Forces of Ukraine, the National Guard, police and other security forces, members of other paramilitary and not only formations, as well as civilian volunteers, in general, all those who "defended Ukraine."

The award is in the form of a double-sided medal with the inscription "For the Defense of Ukraine" on the back and a Ukrainian trident against the background of characteristically crossed swords forming a stylized swastika on the front. Since the award is intended for both military and civilians, the medal will be issued in two versions that differ in color.

Together with the award, a corresponding A4 diploma is presented, also in two versions.