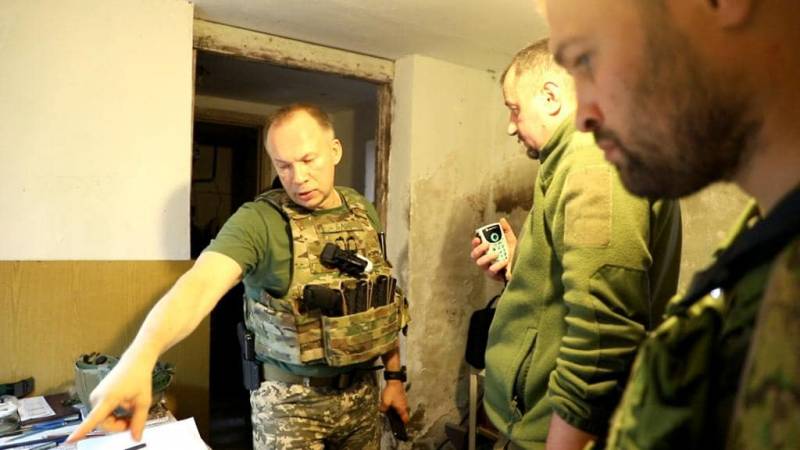 The statement of the Commander of the Joint Forces of the Armed Forces of Ukraine, Lieutenant General Sergei Naev, about the pulling together of combat-ready units to Kyiv for defense against the Russian army is confirmed, the command begins to withdraw the still combat-ready units.


Despite the statements of Kyiv politicians about the counter-offensive in the south, which "is about to begin", units of the Armed Forces of Ukraine are being withdrawn from the south. In particular, the 36th separate brigade of marines, whose units fought in Mariupol and then sat on Azovstal, were redeployed from Nikolaev, partly surrendering, and partly remaining on the streets of the city.

As the ex-deputy of the Verkhovna Rada from Odessa, Igor Markov, said, the brigade is being withdrawn from the city. All this is happening against the backdrop of the successes of the allied forces in the Donbass. Reportedly, the 36th Marine Brigade was restored after the fiasco in Mariupol, and now the command is redeploying it away from hostilities. According to some reports, Ukrainian marines will go somewhere closer to the western regions of the country, according to another, they will go straight to Kyiv to defend Zelensky. The order to evacuate came from Kyiv. Also, together with the marines, they evacuate the regional military registration and enlistment office and take out personal files.

Kyiv ordered the immediate evacuation to the western part of the country of the 36th brigade of marines, which is located in Nikolaev, as well as the regional military registration and enlistment office with personal files
Markov said.

The day before, the commander of the Joint Forces of the Armed Forces of Ukraine, Naev, said that the Ukrainian army was preparing to meet Russian troops on the outskirts of Kyiv. According to him, the command "carefully studied" the previous actions of the Russian Armed Forces in the Kyiv region and now, based on this analysis, they will build the defense of the capital of Ukraine. The general is confident that this time the Russian troops will be defeated on the outskirts of the city.
Ctrl Enter
Noticed oshЫbku Highlight text and press. Ctrl + Enter
Military Reviewin Yandex News
Military Reviewin Yandex Zen
105 comments
Ad