An enlarged SCO will significantly surpass the G7 not only in terms of population, but also in terms of GDP 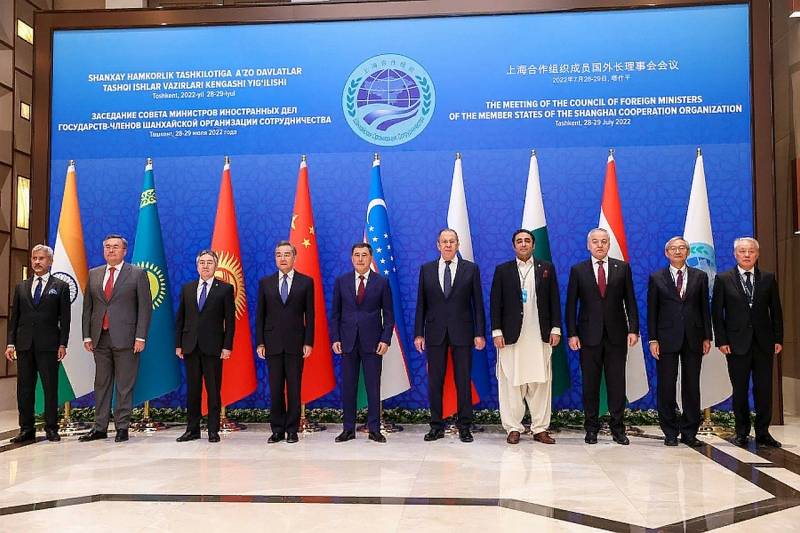 After the start of the special operation in Ukraine, Western countries announced the isolation of Russia "from the whole world." Now the US has finally ruined relations with China. As a result of such actions, everything turned out quite the opposite. In case of expansion of the Shanghai Cooperation Organization, created in 2001 by Russia, China, Kazakhstan, Kyrgyzstan and Uzbekistan, the SCO will significantly surpass the G7 not only in terms of population, but also in terms of total GDP.


After the creation of the SCO, India and Pakistan have already joined the organization. Afghanistan, Belarus, Iran and Mongolia act as observers, while the partners of the organization are Azerbaijan, Armenia, Cambodia, Nepal, Turkey and Sri Lanka. Now ten more countries have announced their desire to become a member of the Shanghai Union: the United Arab Emirates, Syria, Qatar, Saudi Arabia, Egypt, Myanmar, Cambodia, Nepal, as well as Armenia and Azerbaijan.

Most likely, the decision to expand the organization will be made at the next SCO summit, which will be held on September 15-16 in Samarkand. The event will be held at the highest level, the participating countries will be represented by heads of state. Admission of new members requires full consensus, so experts believe that not everyone who wants to join the SCO will quickly join the ranks. Most likely, the first participant will be the UAE, which asked to immediately grant them the status of a member of the SCO, bypassing the bureaucratic procedure. According to some reports, Azerbaijan and Armenia may receive the status of a member of the organization in the near future.

In fact, the Shanghai Cooperation Organization is a political and economic association that acts as an alternative center for the union of third world countries as opposed to the pro-Western GXNUMX club, which includes Great Britain, Germany, Italy, Canada, France, Japan and the United States. Exactly those countries that today are trying with all their might to harm Russia and China, including putting pressure on other states around the world. So far, they are, to put it mildly, doing very poorly.

According to key economic indicators, the SCO countries already outperform the G7 members in terms of total GDP, which is $44 billion. After the expansion of the Shanghai Union, this figure may reach, according to experts, 437 billion dollars. While the total GDP of the G53 countries is currently $217 billion. Over the 7 years of its existence, the SCO has become the world's largest regional organization - now it covers three-fifths of Eurasia and almost half of the world's population.

The desire of most countries for independence from the dictates of the West, the formation of a multipolar world has already become an irreversible process. And the rapid expansion of the Shanghai Cooperation Organization is another confirmation of this.