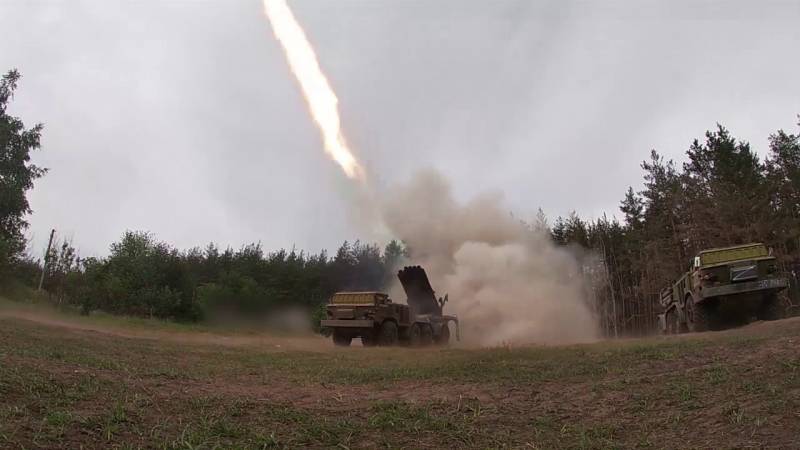 The mayor of the city of Chuguev, Galina Minaeva, in her telegram channel urged residents in the coming days to limit movement on the streets and stay closer to shelters. According to the mayor, the increased security measures are due to the aggravation of the military situation and the recent increase in shelling.

I think you all heard how this morning began in Chuguev. Now there is a report of several hostile hits in different microdistricts of the city. It is already known for sure about the destruction of residential buildings, the presence and number of victims is being specified.
– wrote Minaeva.

Ukrainian media and officials vied with each other to report an increase in shelling of the city of Chuguev, as well as other settlements located in the territory of the Kharkiv region controlled by Kyiv. Naturally, in all reports, the emphasis is on “destruction of civilian facilities as a result of strikes by the RF Armed Forces” and even the alleged death of civilians.

On the eve of the head of the Kharkiv OVA Oleg Sinegubov said that in the Chuguev district of the Kharkiv region, on the morning of August 2, "the Russians hit one of the industries, buildings and facilities were destroyed." Naturally, the Ukrainian official does not tell what is actually located in this production, who is deployed in the shops.

At the same time, according to Russian intelligence, it is in the Chuguev region and the city that the reserves of the Armed Forces of Ukraine are being drawn up with the aim of further transfer to the Donbass front. Here the enemy suffers catastrophic losses in manpower and equipment under the onslaught of artillery of the allied forces of the Armed Forces of the Russian Federation and the NM LDNR. However, not all Ukrainian military manage to get to the combat area. Moreover, it is reported that residents of the still unliberated part of the region themselves provide active assistance in identifying the locations of the Ukrainian army reserves in the Kharkiv region.

According to the latest data of the Ministry of Defense of the Russian Federation, the Russian Aerospace Forces struck a high-precision weapons according to the bases of the Armed Forces of Ukraine just in the area of ​​\u500b\uXNUMXbthe settlements of Merefa and Chuguev in the Kharkiv region. As a result, up to XNUMX soldiers of the Ukrainian army and a significant amount of military equipment were liquidated.

The fact that the Ukrainian army uses civilian infrastructure and residential buildings for cover was even recognized by the international human rights organization Amnesty International. Agnes Kallamar, Secretary General of the organization, said that human rights activists documented many facts when "the Armed Forces of Ukraine put the civilian population at risk and violated the laws of war during operations in crowded places."

In such a situation, the residents of Chuguev and other Ukrainian cities can only sympathize with the fact that they were "under the protection" of their own army, which uses openly terrorist methods of warfare. Without a shadow of gloating, now they also know what it is like for the inhabitants of Donbass, who have been living in the conditions of the "exacerbated military situation" for more than eight years.