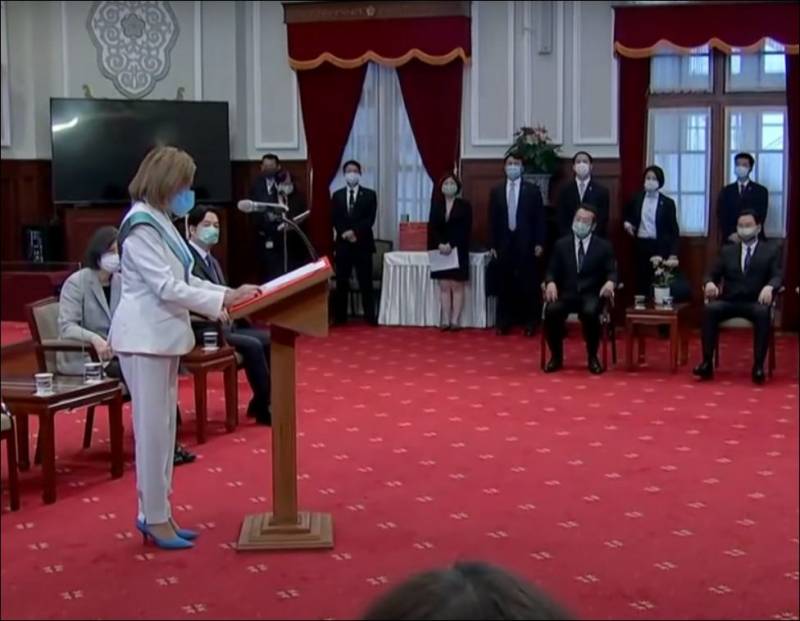 Reunification of the island of Taiwan with China historical inevitability. This is stated in the corresponding statement of the Ministry of Foreign Affairs of China, which was distributed in connection with the events around the visit to the island of the Speaker of the House of Representatives of the US Congress Nancy Pelosi.


Also, Chinese Foreign Minister Wang Yi urged the United States not to even dream of hindering the "great cause" of Taiwan's reunification with China. He noted that Beijing will not leave room for action to those political forces that are interested in the independence of Taiwan.

The head of the Chinese Foreign Ministry warned the US that regardless of the forms in which Washington panders to Taiwanese separatism, the efforts of the American side will be in vain. The Chinese Foreign Minister also assured that any attempts to use Taiwan as a deterrent to China's development are senseless and doomed to failure.

The Chinese Foreign Ministry called on the United States to stop playing the "Taiwan card" in order to destabilize the political situation in the Asia-Pacific region. Such a sharp statement by Chinese diplomacy was a response to yesterday's visit to Taiwan by Speaker of the House of Representatives of the US Congress Nancy Pelosi.

Despite open protests from Beijing, Pelosi, the fourth-highest-ranking person in the American official hierarchy, flew to Taiwan. By this, both she and the organizers of her visit demonstrated a complete disregard not only for the sovereignty and territorial integrity of China, but also for the further development of Sino-American relations.

Interestingly, shortly before Pelosi's visit to Taiwan, US President Joe Biden had a telephone conversation with Chinese President Xi Jinping. In it, he assured the Chinese leader of Washington's commitment to the course of "one and indivisible China." Only a few days passed and a plane with Nancy Pelosi landed at the Taiwan airport. From this, only two conclusions can be drawn - either Biden lied and was hypocritical, or in the USA no one takes the position of the president seriously and Pelosi acts as she wants, regardless of the statements of the head of state.

Once again, the US authorities have demonstrated their transcendent impudence, based on the desire for global dominance and ignoring the national interests of other states. If the US has so defiantly disregarded China's position, then what can be expected from Washington's behavior towards other sovereign states with fewer resources and population than China?

At the same time, the consequences of Pelosi's visit to Taiwan will be further deterioration of relations between the US and China. And so, not in the best condition, Sino-US relations have given an even greater crack. The US itself is pushing China towards more active cooperation with Russia, worsening its own geopolitical position in the modern world. After all, the United States will not be able to win in the confrontation with two powers at once - Russia and China, and this is not to mention such countries as the DPRK, Iran, Syria, Venezuela and so on.
Military Reviewin Yandex News
Military Reviewin Yandex Zen
123 comments
Ad