Afghanistan as unregistered cemetery of the US Army 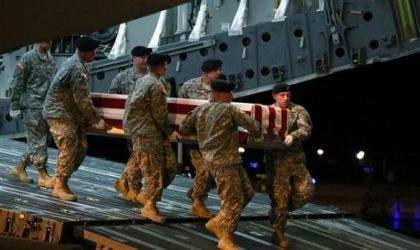 This fall, one of the most debated topics of the American segment of the Internet was the theme of the growth of casualties due to attacks in Afghanistan on soldiers and members of the special services of NATO member states by the “friendly” Afghan police and military. As of September 2012, only 60 of such cases was officially recorded, over one hundred American servicemen died, almost as many were injured of varying degrees of severity. Because of this, the CIA was forced to urgently begin to revise the amount of compensation to the families of their dead employees, who until recently were only 1 (one) thousand dollars for the funeral.

The well-known saying says: the death of a person is a tragedy, the death of tens of thousands of people is a statistic. Another adage states: there are three types of lies - lies, big lies and just statistics. Once again, these rules are confirmed in Afghanistan today, where attacks on NATO forces occur almost every day. In early October of this year, the channel CNN announced a new confirmed number of irretrievable losses of US forces - 2002 man. According to unofficial data, this figure is underestimated, according to the most conservative estimates, by half ... Simply speaking, it is already possible to complete the army cemetery with unaccounted statistics by victims.

First, the main problem is that there is no single independent and authoritative source of information about the real losses of the occupying forces. Therefore, the American military experts in the information and psychological sphere are free to announce any figures convenient to them. This is done according to the Goebbels principle, which at one time laid the foundation for the broadcasting of “radio voices” (“Freedom”, “Voice of America”, etc.): whoever first stated something, is free to interpret what he declared profitable. Naturally, the Americans themselves, in order to prevent the demoralization of their soldiers, report deliberately understated loss data.

Secondly, the official loss statistics takes into account only military personnel - US citizens. However, citizens of other countries are also serving in the American army who are interested in the opportunity to receive a so-called green card - a residence permit in the USA - after serving in a “hot spot”. In practice, the share of non-Americans in the total number of US military contingent comes to 60%. These fighters are somewhere between contract soldiers and mercenaries fighting for money (or a residence permit in the States). Losses among this category of military personnel are not subject to official Pentagon statistics, that is, they are not taken into account.

Thirdly, usually the army reports do not indicate the number of dead military journalists, many of whom, as a rule, are associated with special services, as well as various contract servicemen. The abducted foreigners killed by the abductors are also not counted.

Fourthly, the losses of special services and special forces, traditionally, are not disclosed. parts, which, as a rule, are in the "hell" of the fighting.

Fifth, there are cases when the US command presented the deaths of its servicemen as non-combat losses (such as road accidents, cases of careless handling of weaponsdiseases, etc.). The reports of casualties do not include soldiers who died from wounds in hospitals, committed suicide, etc. This reception with “non-combat losses” was used by the US propagandists back in 1991, during the first Gulf War. Then, two weeks after the announcement of official losses (148 people), it suddenly turned out that in all kinds of accidents and accidents, almost more soldiers were killed and died in 10 times.

Sixth, Washington seeks to “dilute” the so-called international coalition in Afghanistan with as many member countries as possible in order to reduce the number of its losses, including at their expense. According to CNN, since the start of the Enduring Freedom campaign in 2001, at least 1190 soldiers and officers from other countries have already laid down their heads. (This year, although it is still far from over, NATO members in Afghanistan have already been killed almost twice as many as in the past).

Seventh, in Afghanistan (as most recently in Iraq) almost nothing is said about injuries, or more precisely, about the degree of their severity. Simply put, a private soldier who has lost both legs, his right arm and part of his face is not among the irretrievable losses. During the fighting for one killed soldier accounts for 10 injured. This "fairly low" indicator of the death of military personnel is achieved thanks to body armor and Kevlar helmets. However, it is this ammunition, protecting vital organs, according to surgeons, and leads to increased trauma and serious injury. Among the injured Americans returning from the fighting areas, the percentage of mutilated people with amputated one or two limbs and disfigured faces is “unusually high.”

In addition to serious injuries and injuries, there are evidence of many mental problems. According to the medical journal The New England Journal of Medicine, every sixth American soldier returning from the war has psychological problems (depression, post-traumatic syndrome, etc.). Approximately 20% of Americans evacuated from the theater of operations, not because of combat damage and disease, but for "neurological reasons."

Back in the 2004 year, when the Americans were just beginning to get bogged down in Afghanistan and Iraq, there were already up to 5000 deserters in the American army. Some of them (exact data are ignored) tried to find refuge in Canada. In Canadian society, there was even a discussion about the advisability of providing them with asylum.

In conclusion, let us point out that funerals are the most terrible weapon for a fully contract army. Already today, all US military units from the National Guard to the Marine Corps experience personnel shortages. And the new victims are unlikely to lead to an influx of volunteers. I would like to hope that after the number of funerals reaches a certain threshold, he finally clicks the relay in the head of an American philistine, and at least he begins to think that breaking into someone else's house and trying to impose his own orders there is not such a good idea. .