Half a century to the Caribbean crisis: how superpowers avoided nuclear war 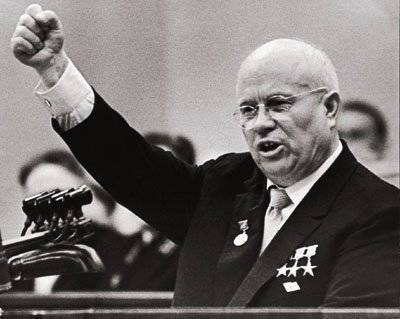 October 14 marked exactly half a century since the beginning of the so-called Caribbean crisis - the most intense period of the Cold War. It was 14 in October 1962, the United States learned about the Soviet rocket launchers in Cuba - their photos were made by a reconnaissance aircraft. The States decided on a naval blockade of the island. For two weeks the world was on the verge of a nuclear war.

The Caribbean, Cuban, or October crisis is 13 1962 days of the year, which historians call the culmination of the Cold War. In 1961 near Turkish Izmir, the United States began the installation of Jupiter medium-range missiles. Within 15 minutes, they could strike at the industrial centers of the Soviet Union, including Moscow. In response, the Soviet leadership, headed by Nikita Khrushchev, decided to place missiles on friendly Cuba that could destroy the most important US military strategic facilities, as well as reach Washington.

October 14 1962 is considered the first day of the crisis. Then an American reconnaissance aircraft took photographs of launch sites in Cuba. The film was first transferred to the CIA, and then submitted to US President John F. Kennedy. He called a secret meeting. The US diplomacy found the diplomatic path ineffective. A massive military invasion of Cuba would have unpredictable consequences. The United States chose an intermediate option - a blockade from the sea, on the way of arms supplies. It began on October 24.

Meanwhile, evidence of the deployment of Soviet missiles in Cuba, the United States submitted to the UN. Photos of the installations were shown at a meeting of the Security Council. The UN Secretary General called on both parties to the conflict to show restraint.

In Cuba, the voltage reached its apogee towards October 27. According to the Cuban leadership, the United States could go to war from hour to hour. October 27, noticing an American reconnaissance aircraft and not receiving instructions from the headquarters, the Soviet military in Cuba shot down him. The pilot died. This day was called the "Black Saturday." In those hours, the world actually stood on the threshold of nuclear war. Khrushchev and Kennedy began negotiations. In exchange for the removal of missiles from Cuba, the United States offered to stop the blockade and provide guarantees of non-aggression.

October 28 Khrushchev ordered to begin analysis of installations in Cuba. It was completed in a few weeks. The United States lifted the blockade of Cuba, and later took out its missiles from Turkey. The resolution of the Caribbean crisis marked the beginning of detente in Soviet-American relations.