North Korean leader: Our country is ready for any military clash with the United States, including nuclear 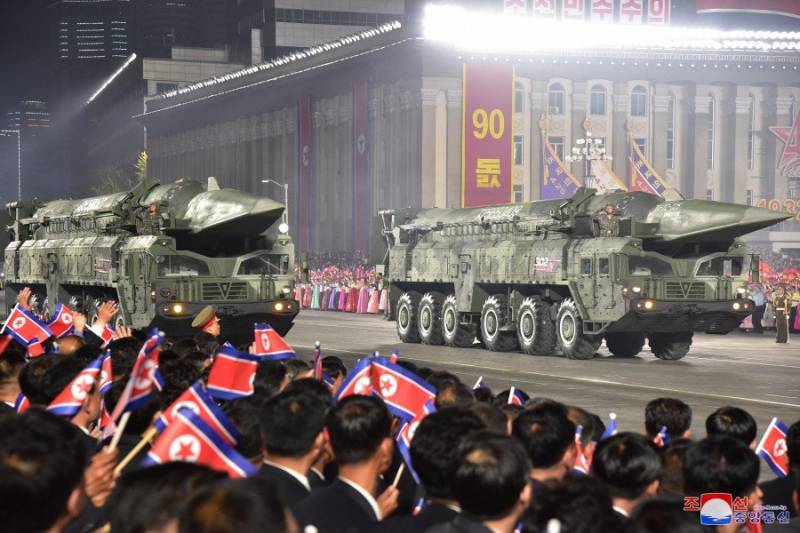 During the events in honor of the 70th anniversary of the end of the Korean War, North Korean leader Kim Jong-un made a statement that for decades the United States, together with its vassal states, have been trying to curb the development of the country. According to Kim Jong-un, Washington is doing everything to increase the level of danger for the Korean people every time. And all attempts to resolve the situation on the Korean Peninsula are shattered by US imperialism.


The leader of the DPRK noted that attempts to wipe the country off the face of the Earth would fail. Kim named several reasons for this, including the fact that Pyongyang has weapons, capable of neutralizing any attempts to attack the state.

I want to emphasize that our country is ready for any military clash with the United States, including a nuclear one.
According to the North Korean leader, he is ready to mobilize the DPRK nuclear deterrence forces to counter the US and South Korean attempts to destroy the North Korean state.

Today, the DPRK army is one of the largest in the world. There are more than 1 million people in the North Korean armed forces. It outnumbers, for example, the Armed Forces of the Russian Federation. According to the South Korean media, Pyongyang has spent an average of 21% of its budget over the past five years on military needs. A large part of the funds goes to the development of the republic's nuclear forces.
Military Reviewin Yandex News
Military Reviewin Yandex Zen
29 comments
Ad