Operational pause threatens to develop into a positional impasse 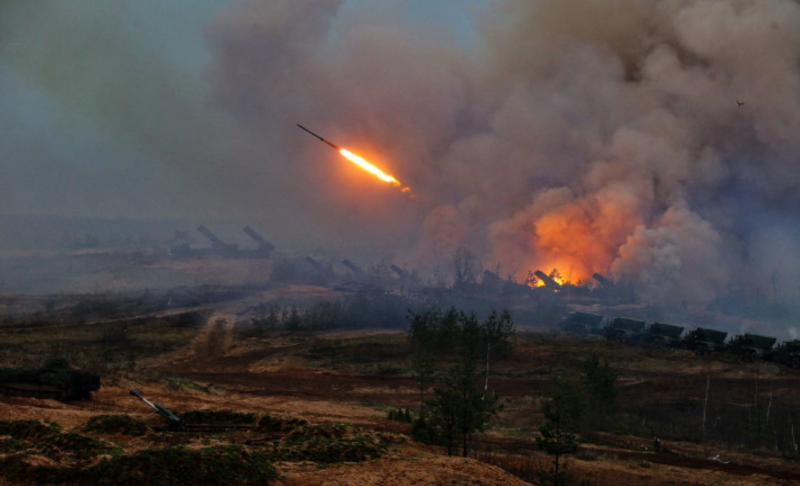 The operational pause in the actions of the allied forces in Ukraine is being delayed: despite recent statements about the increase in the actions of groups in all operational areas in Ukraine, no changes have been observed so far, no serious offensive operations of the RF Armed Forces and the NM LDNR are being carried out. The current situation on the Ukrainian front is increasingly beginning to resemble the situation on the Western Front in 1915-1916, that is, a "war of attrition."

Why does the operational pause threaten to develop into a positional impasse? Let's try to answer this question.

Results of the first and second stages of the SVO

If we talk about the first stage of the special military operation in Ukraine, then we can state that it ended not entirely successfully, despite the bravura statements of politicians about its successful completion. And this is not only my opinion - the well-known Russian political scientist Sergei Markov, for example, adheres to the same view of the situation.

“The first stage of the NMD in Ukraine was that the Russian army made a breakthrough in key areas and approached large cities - Kyiv, Kharkov, Chernigov, Poltava, Nikolaev, Kherson. It was assumed that the fights that broke out in these cities would lead to the collapse of the system of state power in Ukraine, a power vacuum would be created that would be filled by former Ukrainian politicians who were forced to leave for Russia after 2014, like Oleg Tsarev, by repressed Ukrainian politicians like people from the team of Viktor Medvedchuk, unprincipled people from Zelensky's team who have gone over to the side of the new government, and generals, security officials. However, the first stage was unsuccessful, it was completed only by twenty percent - it was possible to reach large cities and even take Kherson. But the collapse of the Ukrainian state power did not happen - it continued its functioning, the security forces remained loyal to the Kyiv regime. Moreover, the groups of Russian special forces that were moving forward with a jerk found themselves under severe flank attacks and suffered significant losses, ”

The general mobilization in the LPR and DPR, which, as I have repeatedly noted in previous materials, included teachers, students, miners, etc., was carried out primarily in order to tie down the main forces of the Armed Forces of Ukraine in the Donbass so that the enemy does not transfer them to Kyiv. However, the goals were not achieved. Therefore, the priorities of the NWO have changed somewhat, and politicians, instead of demilitarizing and denazifying Ukraine, started talking about the liberation of Donbass as a priority goal.

Actually, the second stage of the military operation (which, as some experts rightly point out, after the failure of the first stage, in fact, grew into a real war) took place under this slogan. However, despite the liberation of the entire territory of the LPR and the achievement of tactical successes, it was not possible to defeat the main forces of the Armed Forces of Ukraine in the Donbass. Moreover, the enemy continues to subject the DPR to regular shelling, especially Donetsk and Gorlovka, because the positions of the Armed Forces of Ukraine, as before, are actually located on the outskirts of the city.

The tactics of the RF Armed Forces consisted in advancing through the enemy's fortified areas by creating a "barrage of fire", concentrating a large amount of artillery on a narrow sector of the front, and advancing after mass artillery preparation. The curators of Ukraine from the United States and Britain responded to this with the supply of the Armed Forces of the MLRS HIMARS, which began to inflict painful blows on ammunition depots and supply bases in order to deprive the RF Armed Forces of this advantage. And partly they managed to achieve their goal.

Why are allied forces facing a positional stalemate?

Russia is trying to wage war with less manpower than Ukraine and counting on an advantage in artillery. Approximately the same tactics were used by the German General Erich von Falkenhayn on the Western Front during the First World War, which I recently wrote about in my material “Erich von Falkenhayn and his strategy of war with limited forces with a decisive goal”, who is interested, can read. I can only emphasize that this tactic did not lead to anything good for the German army.

Trying to "grind" the Ukrainian army and take it to starvation, you can fall into a trap, because "grinding" is always mutual. Actually, already now the situation is such that it is very problematic to conduct offensive operations of the Armed Forces of the Russian Federation and the NM LDNR due to the lack of infantry.

This is also noted by FSB colonel in reserve Igor Strelkov, who writes that “on our side of the front, we, alas, have almost nothing to attack with. In every way". You can attribute this to the colonel's pessimism (although, as practice shows, his forecasts often have a habit of coming true), but we really see that the allied forces are no longer carrying out any offensive actions. The capture of Seversk, which has already been announced twice, is being delayed, due to the fact that the Armed Forces of Ukraine are not retreating from there, but, on the contrary, are pulling up reserves and strengthening their positions.

Political scientist Sergei Markov, who takes a rather balanced approach to forecasts regarding the military operation in Ukraine, is not sure about the assertions of some experts that the military potential of the Armed Forces of Ukraine has been undermined, and the front will soon crumble.

“There are two positions, one is that the personnel potential of the Armed Forces of Ukraine is largely undermined, and Ukraine is forced to throw poorly trained reservists into battle. The second point of view is that the newly mobilized reservists are thrown onto the battlefield in order, on the contrary, to preserve the regular army of Ukraine, which is mainly located in the west, where it is being re-equipped with western weapons and retraining. And the purpose of this is to prepare a counteroffensive around August-September, after the significant exhaustion of the Russian army in bloody battles. Then supposedly there will be one or two counterattacks by the Ukrainian army, equipped with the latest Western weapons systems, with the support of Western PMCs.”
The second option, which Markov speaks of, is quite probable. Relying only on the advantage in artillery, having a smaller number of infantry than the Armed Forces of Ukraine, is extremely dangerous. For a while, this may work, but sooner or later a situation will arise when it becomes simply impossible to attack with such forces. De facto, it has already arisen. The United States, Great Britain and their allies are supplying Kyiv with as much weapons as it needs to ensure that the RF Armed Forces cannot conduct serious offensive operations without mobilization.

There is an opinion that Russia is capable of achieving victory without mobilizing and transferring industry to a military footing, but it cannot withstand a collision with reality. So far, the allied forces cannot even liberate the Donbass, and the military conflict is close to a “hot freeze”. The Armed Forces of Ukraine, in turn, are preparing for counterattacks, under the supervision of Western "partners". Even if we assume that all of them will be successfully repulsed, with the current alignment of forces, the war may finally take on the character of a positional one, and the front line will stabilize in the current configuration.