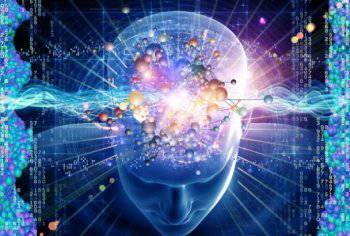 For many millennia, man has tried to determine how he thinks, what processes are taking place in his head. So in the field of artificial intelligence (AI), scientists have to solve an even more difficult task. Indeed, in this area, specialists will not only understand the essence of the intellect, but also create intellectual entities.

First of all, it should be noted that artificial intelligence is a rather young science. The first experiments in this field appeared shortly after the end of the Second World War, and the term “artificial intelligence” appeared a little later - in 1956 year. At the same time, if in other areas of science it is rather difficult to make a great discovery, then this area of ​​science opens up great prospects for the manifestation of talent.

At present, the problems of artificial intelligence include a large list of various scientific fields, including such general concepts as perception and training, as well as special tasks, in particular, proof of theorems, playing chess, and diagnosing diseases.

In this area, the analysis and systematization of intellectual tasks is carried out, thus, artificial intelligence concerns all spheres of human intellectual activity, and therefore it can be considered a universal field of science.

From the foregoing, it can be concluded that the field of scientific intelligence is a very interesting field of science. It is noteworthy that a single definition of AI does not exist. In various scientific works devoted to him, there are various interpretations of this phenomenon. They can cover not only thought processes, but also formulations regarding the behavior of an individual.

If you carefully study history development of artificial intelligence, it can be seen that research was conducted in several directions. Hence the conclusion that between those scientists who were engaged in research of human abilities and those who were engaged in problems of rationality, there were certain controversial situations.

The scientific approach, which focuses on the study of man, should be based on the formulation of a large number of hypotheses, as well as their experimental evidence. At the same time, an approach focused on the study of the concept of rationality is a kind of combination of technology and mathematics.

In order to test whether a computer is capable of performing actions like a human being, an approach was created that basically relied on the Turing test. He got his name from the creator, Alan Turing. The test is used as a satisfactory functional definition of intelligence. An English mathematician who laid the foundations of computer technology, in 1950, published a scientific article called Computer Computers and Mind, in which a test was proposed that could be used to determine the intellectual level and nature of computer intelligence.

The author of the test came to the conclusion that there is no point in developing a large list of requirements in order to create artificial intelligence, which to everything else can be very controversial, and therefore proposed a test that was based on the fact that in the end it would be impossible to distinguish the behavior of an object endowed with artificial intelligence, from the behavior of human beings. Thus, the computer will be able to successfully pass the test if the experimenter who asked him questions in writing is unable to determine from whom the answers were actually received - from a person or from a specific device.

However, in order for the computer to be able to answer the questions posed, it must do a lot of work. So, in particular, it should have such capabilities as natural language information processing tools that would allow to communicate quite successfully with the device in one of the languages ​​existing in the world. In addition, it should be equipped with knowledge presentation tools, with which the device will be able to record new information in the memory. There should also be tools for automatically generating conclusions, which would provide an opportunity to use the available information to search for answers to the questions posed and to formulate new conclusions. Machine learning tools are designed to provide the computer with the ability to adapt to new circumstances, and in addition, to detect signs of a standard situation.

The Turing test consciously excludes the possibility of direct physical interaction between the person conducting the experiment and the computer, because the process of creating artificial intelligence does not require a physical imitation of the person. In this case, in the case of using the full version of the test, the experimenter can use the video signal to verify the computer's ability to perceive.

Therefore, when passing the full Turing test to the above means, it is necessary to have machine vision for the perception of the object, as well as the means of robotics for the possibility of manipulating and moving objects.

All this is ultimately the basis of artificial intelligence, and the Turing test has not lost its importance even after half a century. However, it should be noted that scientists who study and create artificial intelligence almost never solve problems aimed at passing this test, believing that it is much more important to study in detail the principles that underlie intelligence than to create a copy of one from carriers of natural intelligence.

However, the Turing test was recognized as a benchmark, but until recently, scientists could not create a program that would successfully overcome the test. Thus, scientists could without any problems determine with whom they are talking, with a computer or with a person.

However, a few months ago, the media reported that scientists for the first time in fifty years managed to get very close to creating artificial intelligence, which was capable of thinking like a human being. As it turned out, the authors of the program were a Russian group of scientists.

At the end of June in the UK was held the world scientific competition of cybernetic intelligence, which was held under the auspices of the University of Reading. The competition was held in the main cipher center of Blatchley Park. Russian scientists presented a program called "Eugene". Besides her, 4 programs also took part in the testing. The Russian development was recognized as the winner, answering the percentage of questions posed to 29,2 in the same way as a person. Thus, the program lacked the entire 0,8 percent in order for the expected event to occur so long ago - the emergence of artificial intelligence.

American scientists also keep up with the Russians. So, they managed to create software bots that were designed specifically for computer games. They had no problems and quite confidently overcome the modified Turing testing. It should be noted that this was done with much greater success than people who were tested with bots. And from this it is possible to draw certain conclusions that artificial intelligence has managed to reach the level where the automatic system is no longer able to determine where a person answers, and where the computer answers.

Of course, it is too early to say that it is too early to overcome such a specific version of the Turing test, which is a game schutter, an indicator of the creation of artificial intelligence by a person. At the same time, it gives the full right to say that artificial intelligence is gradually approaching human, and also that game bots have already reached the level of development at which automatic systems designed to determine human behavior can be quite successfully deceived.

The creators of game bots were scientists from the University of Texas Jacob Schrum, Risto Miikkulainen and Igor Karpov. They managed to create artificial intelligence that can play the game on a human level. A huge virtual platform was created on which many bots and real people fought. Most played anonymously. More than half of the game bots were identified by judges as people. At the same time, they considered some people to be bots. Thus, the conclusion suggests itself that computer characters already behave like people in games.

The experiment was conducted as part of a competition called BotPrize, which started in America back in 2008 year. Scientists and developers whose computer programs will be able to deceive people can become its participants. Posing as quite real players. But the first successes in this field were achieved only in 2010 year.

The winners will receive an award in the amount of 4,5 thousand pounds, and will continue to work on their programs. And there is still something to strive for, because in order to recognize the creation of artificial intelligence, the program must convince everyone that he is a person in the course of a conversation. And this requires deep knowledge about the work of the human brain and the principles of the formation of speech. Currently, no one has yet managed to pass the Turing test in its original form. But it is quite possible to assume that this may happen in the near future ...