Reformatting the Airborne Forces: new tasks in the light of the special operation "Z" 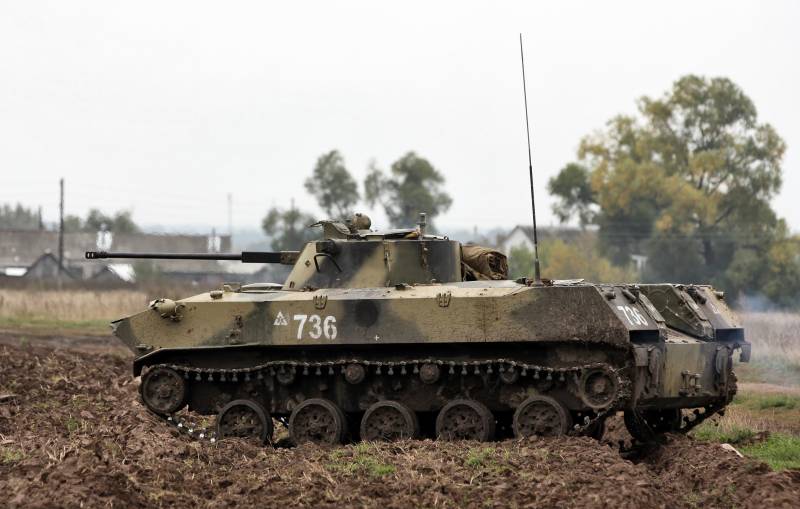 The main purpose of the Airborne Forces

Five months of a special military operation already makes it possible to draw fairly unambiguous conclusions about the nature of the activities of this or that kind of troops. For example, air defense showed itself in all its glory, which for the first time in the latest stories Russia worked so intensively.

At the same time, air defense units actually had to retrain as anti-missile defense and focus on intercepting munitions from rocket launchers and operational-tactical missiles. With a high degree of probability, we can say that our anti-aircraft gunners are coping with this task. At the same time, it is worth remembering that the destruction of missiles is not a priority for Russian air defense at all levels. An indirect sign of the high quality of domestic air defense systems was the awarding of the star of the Hero of Russia to the general director of the Almaz-Antey air defense concern, Yan Novikov. 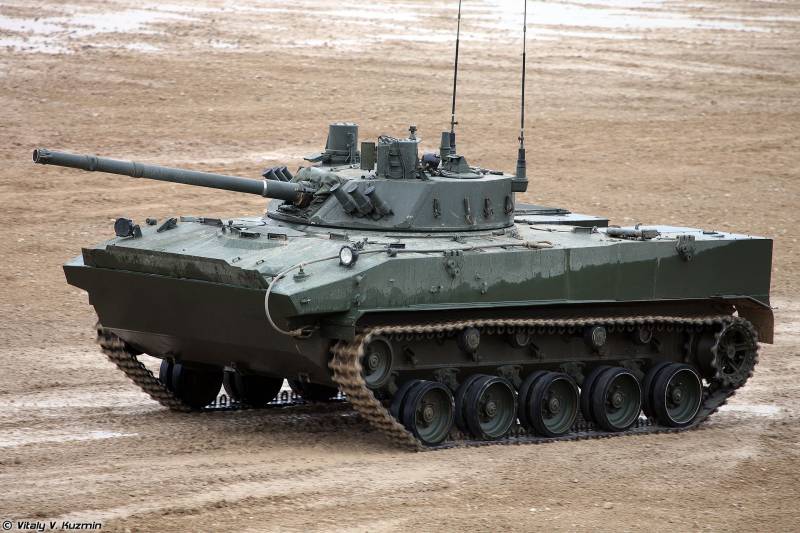 BMD-4M, along with the machine of the second series, is actively used in a special operation in Ukraine. Source: wikipedia.org
As in air defense, the Airborne Forces are armed with the most modern models of equipment. The training and motivation of the personnel of this elite branch of the military is also beyond praise. At the same time, more and more questions arise around the specifics of the combat use of equipment of the Airborne Forces. Chief among them - how do the goals and objectives of the Airborne Forces correlate with the realities of the military special operation in Ukraine?

One of the first to voice this problem was Alexei Sukonkin, a military expert and author of books, in a short but capacious article “The Airborne Forces Are Dead”. Let's try to creatively rethink the author's ideas and add our own conclusions. It is worth noting separately that there is nothing fundamentally new in this story - calls to reform the Airborne Forces have been heard before. It's just that the special operation exposed the shortcomings especially sharply.

The main purpose of the Airborne Forces is to work behind enemy lines at especially important facilities. These usually include headquarters, bridgeheads, transport hubs, and, most importantly, the enemy's strategic nuclear forces. In Soviet times, it was assumed that the paratroopers would work both before and after a nuclear strike, clearing the field for the main forces. Paradoxically, the winged infantry was never provided with transport aviation 100%. There were only enough planes to lift one airborne division into the air.

The first wake-up calls were heard back in Afghanistan, when light armor, more precisely, BMD-1 and BMD-2, began to be replaced by standard motorized rifle armored personnel carriers and infantry fighting vehicles. By the way, armor even for this technique was chronically lacking, not to mention the aluminum alloys of the ABT-101 landing vehicles. To increase the firepower of the units, the paratroopers were given artillery and Tanks, which changed the profile of the Airborne Forces beyond recognition. In the 80s, the paratroopers on the battlefield did not work for their intended purpose, but only replaced the motorized rifle units of the army. Simply because this elite branch of the military was the most combat-ready in all of recent history.

Conclusions on the results of the war with the Mujahideen were not made, and the Airborne Forces still focused on mass use in the rear of the enemy. Naturally, the main method of delivery beyond the front line was landing, and along with equipment. It is this thesis that does not hold water now.

What is airborne equipment? This is the most difficult compromise between protection, mass and firepower. Someone will say, nothing new, everyone has it - even tanks are designed in strict mass-dimensional parameters. Suffice it to recall what requirements the T-64 developers put forward, and what a child of compromises they ended up with. For paratroopers, the armored vehicle must be able to shoot, swim, be light and compact enough to be taken on board the IL-76 and, in case of emergency, parachuted over the theater of operations. Moreover, such armored vehicles must transport personnel. This unique set of qualities could not be observed in one car. Therefore, they sacrificed, first of all, protection.

Even unarmored vehicles had to be adapted to the needs of the Airborne Forces. A typical example is the GAZ-66 or Shishiga, which at the design stage was planned to be placed in the cramped holds of transport aircraft. The result was a compact truck with high cross-country ability, but poorly adapted to work in combat conditions. First of all, due to the weak anti-mine resistance. It is no coincidence that in the very first months of the Afghan war, "Shishiga" was expelled from the state of mountain caravans.

If the technique of the Airborne Forces did not actually evolve following world trends, then weapons the world around developed by leaps and bounds. First of all, the capabilities of "pocket artillery" have grown to a critical level, capable of not only reliably hitting light armored vehicles, but also relatively easily destroying tanks. Especially when the enemy is stuffed with various NLAW, Javelin and other equipment to the eyeballs. The example of Ukraine is the clearest confirmation of this.

The specifics of using the Airborne Forces as light motorized infantry forces the use of BMD and BTR-D against a much more powerful enemy. The landing party should not work at the front on a par with motorized riflemen and tankers - they simply do not have standard equipment and weapons for this. And the one that is present becomes the weakest link in defense and offensive.

The Airborne Forces are often involved in the assault on settlements, fortified areas and work at checkpoints. The state of the troops includes air assault brigades, which, logically, should be equipped with heavy weapons. There is no other way - during the assault you have to use large calibers, and often they fly in response. We must be ready.

But what do we see? Of the heaviest in the DShB, only self-propelled guns "Gvozdika", "Nona" and several units of the RZSO "Grad" and "Grad-V". In the best case, a 125-mm Sprut self-propelled gun with thin armor, because it can swim and parachute. And in the air assault regiment of artillery, only Nona, assembled on the basis of the same BTR-D.

In Ukraine, the theater of operations is quite specific - the enemy has a lot of artillery, which he knows how to use. And this means that the equipment must withstand explosions of 152-155-mm shells nearby. Now only domestic infantry fighting vehicles (partially), MRAPs and tanks are capable of this.

Even more absurd is the idea of ​​mass landing of military equipment behind the front line. Aleksey Sukonkin in his material rightly cites the death of the Ukrainian Il-76 in July 2014 from MANPADS as an example. Then the plane was shot down on the landing glide path over the Luhansk airport - 49 people were killed. At higher echelons, slow and large transport aircraft do not pose any problem for medium and long range air defense systems.

By the way, according to unconfirmed reports, on February 24, at least 20 Russian Il-76s loaded with BMD and personnel were supposed to fly to Kyiv. Fortunately, it didn't happen. Given the complexity of suppressing air defense in modern conditions, parachute landing becomes impossible. There are a lot of bonuses from such a solution.

Firstly, there is no need to unnecessarily complicate the technique (for example, variable clearance in the BMD series) and use scarce materials for the construction (the aforementioned aluminum in the armor). Why, of course, the cost of the final product will decrease. According to various estimates, the cost of the BMP-3 is 20 million rubles less than the cost of the much less protected BMD-4M.

Secondly, as soon as they sacrifice dimensions and weight, reserves for building up armor will immediately be released. Pay attention to how successfully the Terminator BMPT is currently operating in Ukraine. All due to the fact that the operator of the guns is protected by armor and can work on targets much more efficiently and from optimal distances.

According to scattered reports, at least 20 transport Il-76s were preparing to parachute airborne units with equipment to Ukraine. Fortunately, it worked out.
At the same time, recent events show that, with proper use, parts of the Airborne Forces can achieve significant success. For example, the transfer of personnel of two brigades and one airborne division to rebellious Kazakhstan in early 2022. It happened quickly and efficiently. Only this is not a landing operation, but the transfer of airmobile units to the theater of alleged military operations. We recall that there was no active enemy air defense in Kazakhstan.

A real landing operation was the capture of Gostomel airport in the first hours of the special operation. Low-level helicopters, with the support of strike machines, abandoned several hundred fighters, who held the object until the main forces approached. At the same time, both the transport Mi-8s themselves and the attack escort vehicles were engaged in suppressing the calculations of MANPADS. And no parachutes in the sky.

It seems that this is how a new tactic of using landing troops is born. However, these are only isolated cases that only confirm the rule - the Airborne Forces are used exclusively as highly trained elite motorized infantry, the equipment of which does not at all correspond to the assigned tasks.

One can only hope that the special operation in Ukraine will become an occasion for strategic changes in the most illustrious military branch of modern Russia.