The US Secret Service is once again disgraced 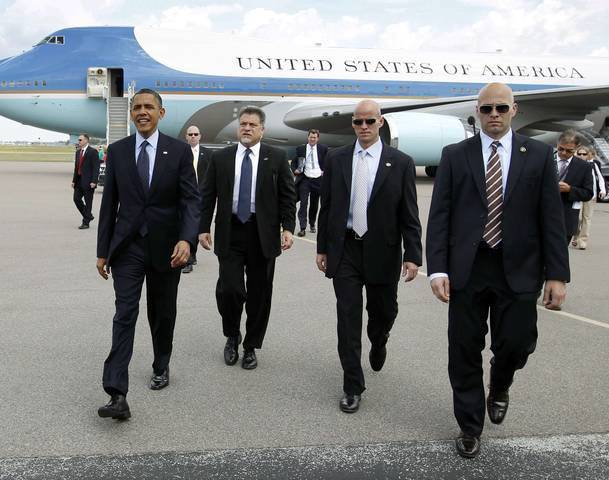 A new blow was struck on the reputation of the US Secret Service, which turned out to be at the center of a scandal this spring due to the inappropriate behavior of its employees during the visit of President Barack Obama to Colombia. At this time, one of her representatives from among those involved in ensuring the safety of Barack Obama during his election campaign trip to Miami (Florida) was arrested by local police in a drunken state.


According to police, in the early morning Eron Francis Engler was found lying on the ground near one of the nightclubs in the center of Miami, ITAR-TASS reports. In accordance with the compiled protocol, a strong smell of alcohol emanated from the US Secret Service officer, he barely twisted his tongue, and his eyes were bloodshot.

The man found by the policemen tried to prevent him from searching himself, and during the arrest he caused a scuffle by striking the patrol with a fist on the chin. The arrested brawler was handed over to the US Secret Service in Miami.

It was reported that the recent accident that had caused a lot of noise in the US Secret Service was caused by the behavior of eleven of its employees involved in ensuring the safety of Barack Obama during his visit to Colombia. The agents were convicted of bringing prostitutes to their Caribe hotel in the resort city of Cartagena, where the head of the American administration arrived at the sixth Summit of the Americas. The hotel staff said that representatives of the Service, which, in particular, provides protection for the top officials of the United States, drank heavily.

Eleven American servicemen from the White House advanced group suspected of similar behavior were implicated in that scandal. According to the results of the official investigation, a number of the staff members who were at fault were dismissed, however, Mark Sullivan, director of the United States Secret Service, managed to stay in his place. According to the American media, last week his department formalized the previous unwritten rules prohibiting staff, in particular, excessive drinking even in their free time. These innovations have been brought to the attention of all employees of the US Secret Service.

It is known that employees of the department repeatedly violated discipline. We are talking about prostitutes, and leaks of important information, sexual violence, unauthorized wiretapping, unreasonable use weapons. So, in August 2011, during a business trip, one of the agents tried to rape his colleague, and in 2005, according to information from the field office of the Federal Bureau of Investigations in Washington, one of the US Secret Service employees was arrested for harassment to a girl in the park. There is also a case when one of the officers, having a service weapon with him, threatened to close the strip club, since the prices for dancing on the table and on his knees, in his opinion, were contrary to federal law.

In 2008, another Service employee was seen with a girl of easy virtue, being on duty. According to the documents, after that he was sent to "administrative leave". At a hearing in the US Senate, the head of state, Mark Sullivan, confirmed that the man was fired.

Ctrl Enter
Noticed oshЫbku Highlight text and press. Ctrl + Enter
We are
The action “Military service under the contract is your choice!” In Rostov-on-Don: future contract servicemen, exhibitions and “Russian Knights”Secret submarine base for sale
Military Reviewin Yandex News
Military Reviewin Google News
59 comments
Information
Dear reader, to leave comments on the publication, you must to register.