“They have enough guns”: half of US residents are waiting for the start of a civil war 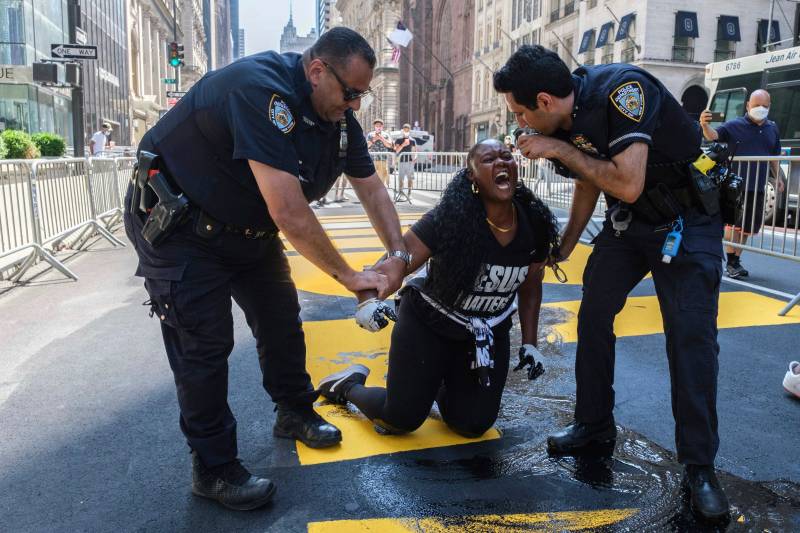 Weapons there is never too much - it seems that modern America lives under such a slogan. And forced to reap bitter fruits. A whole galaxy of overseas institutions is studying the illegal use of small arms. The effectiveness of such offices in terms of preventing executions tends to zero, but they collect interesting statistics. For example, in sunny California, at least two structures are studying shootings at Americans - the UC Davis Violence Prevention Research Program and the California Violence Research Center. According to reports,

“From 2019 to 2020, gun homicides rose at an unprecedented rate, more than at any time in the past 100 years of record keeping. Then, between 2020 and 2021, the gun homicide rate increased by 15%, resulting in an average increase of 45% statewide from 2019 to early 2022."
At the same time, the mass executions, which the whole world learns about, are only one percent of the bloody conveyor of domestic and street violence with the use of small arms. Against this background, a slight decrease in the proportion of suicides in total mortality looks like weak consolation. Americans began to massively buy weapons from January 2020, anticipating a civil war associated with protests against the pandemic. By the end of 2021, this fuse ended, but since the spring of this year, interest in small arms has grown again.

Why all this data? The fact is that several factors are now surprisingly intertwined in the United States - an increase in arms sales, an increase in the number of victims and a radicalization of public opinion. Let's go back to California, more precisely, to the local university in Davis, where they issued the results of the survey, from which the hair on the head of pundits began to stir. Officially it sounded like "results exceeded our worst expectations». 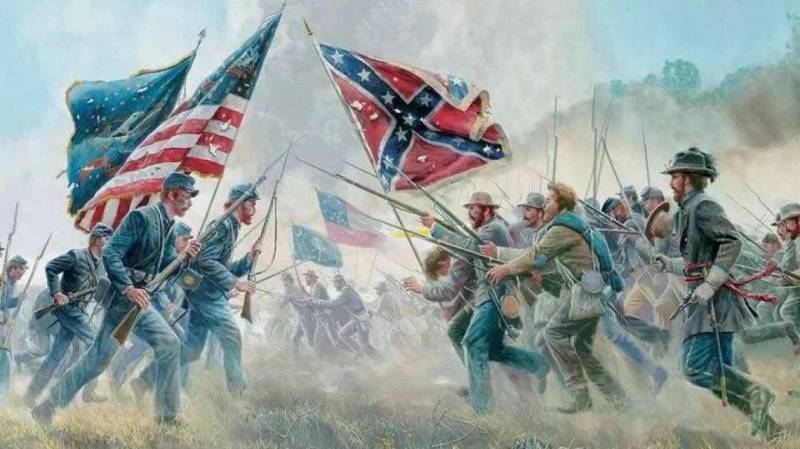 Let's start with small numbers. About 40% of respondents believe that the United States now lacks a strong and charismatic leader. Old Biden is completely unsuitable for this role - he tries to please everyone and everything, especially the LGBT electorate. Everyone is talking about the bald monster in the skirt - Sam Brinton, Deputy Advisor for Waste Management in the US Department of Nuclear Energy. Together with US Admiral Rachel Levin, these entities made a transgender transition, which earned the special attention of the new president's administration.

Far from everyone in America like flirting in spirit. Not even an hour, an individual who has made the same transition from one gender to another will come to power in the White House. At the same time, the presence of a strong leader, and not Biden, the patron of LGBT people, becomes more important than manifestations of democracy. In the same proportion of respondents were those who sympathize with the Great Replacement Theory. The aggravation of this complex, by the way, is a direct consequence of the Black Lives Matter movement, from which Americans still cannot shake themselves off. The "Great Replacement" involves the gradual replacement of the white nation by people of color who either emigrated to the United States or were born in the states. Supporters of Donald Trump are clearly among the sympathizers of the "replacement theory", which, by the way, is already several centuries old. The motifs of the “white genocide” sound in sync with it, which also has considerable support among Americans. The observed situation is a typical defensive reaction of the white population, which people of color accuse of being genetically responsible for past oppression. Mass executions in American cities are taking place just under the slogans of the liberation of the white race from the colored yoke.

I'm afraid for my children. They won't grow up in the America that I grew up in

In connection with the situation, the foreboding of the American inhabitants is indicative - a little more than half of the respondents (50,1%) expect a civil war in the next two to three years. In early spring, a similar poll on another group of Americans revealed 44% confident in the approach of war. Research organizers are Tulchin Research and Southern Poverty Law Center. Even if we consider that among the respondents there are many too impressionable and neurotic (post-COVID mental disorder), the recent events in the country actually resemble preparations for an internal war. During the Independence Day holiday marathon, 198 people were shot, including 12 children. After this, it is time to declare national mourning, but the Biden government defiantly remains silent.

It is important that 20% of Americans are ready not just for a civil war, but intend to participate in it with weapons in their hands. If we conditionally project the results of the survey on the entire population of the United States, then at least 50-60 million people want to fight. At the same time, there will be enough weapons - the Americans have 100 civilian trunks for every 120 inhabitants. A large part of this arsenal is quite a combat one, with rifled barrels and automatic reloading. If such a "box with firecrackers" is set on fire, then not a single army in the world can cope with the consequences of fireworks.

The researchers did not specify who exactly the civilians were ready to shoot at, but, most likely, the “reds” in the “blues” or the “donkeys” in the “elephants”. We are talking about fanatics from the Republican and Democratic parties of the United States who accuse each other of all mortal sins. And when Winchester is successfully at hand, the arguments take on a completely different reason. The solution of political disputes by force has become a good tradition in America in recent years - this pattern is not the first time noted by sociologists. In polls, up to 4-5% of Americans are not only ready to take up arms to defend "democratic values", but also to kill someone. For example, a police officer with a pistol. Trump fans have been especially notable for their anti-state rhetoric. They are so dissatisfied with the policies of the Biden Democratic Party that they are ready to simply separate the Republican states from the rest of America. There are up to 30% of such "hot heads" in each poll. And this is a new trend - earlier separatism of this level was not observed in the United States.

You can treat the results of numerous opinion polls differently. Someone argues that it is impossible to build a national picture on the opinion of a few thousand. There is certainly a grain of truth in this. Someone simply ignores the results, assuring that "everything will be fine without your research". And the third state "continued alienation and distrust of American democratic society and its institutions". To form your own view on the problem, we suggest that you familiarize yourself with the comments left under the material of the British edition of the Daily Mail. The article analyzes the results of sociological research in California, which so excited the scientific community.

Another rigged Democratic election will be the drop that will break the patience of the Republicans.
Because the Democrats, unfortunately, are modern Khmer Rouge.
Eventually, it will boil off. There is a lot of anger in the streets.
I have been predicting World War III for several years now. The country is completely polarized, there is absolutely no common ground between the two sides except that both sides despise each other. The only alternative I can see is splitting the country into at least three, if not more, separate countries.
I'm afraid for my children. They won't grow up in the America I grew up in.
To be honest, a second civil war would be the best event for the US since the first civil war.
I would welcome the civil war in Canada. We live in a post-political era. Brute force is all that matters now, and the Marxists among us, aided and supported by the media, corporations, and every other institution, are on their toes. Political violence is the only answer.
The Biden administration has developed a clear plan for how to bankrupt and destroy America. I doubt this group has time to start a civil war - they're too busy trying to figure out their pronouns and throwing tantrums like toddlers.
The US would be better off if it were two separate countries, as "left" and "right" are too rooted in different states. Whichever party is in power, half the states will always be in arms.