The magic of numbers. How many APU vehicles were destroyed 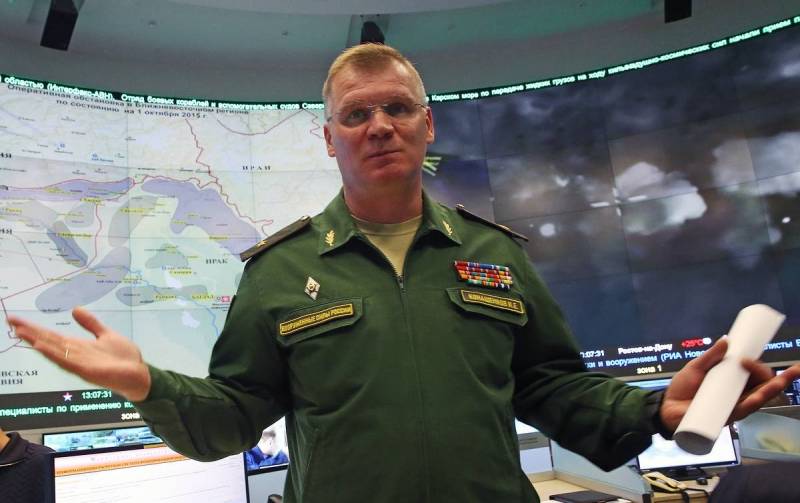 The numbers of destroyed Ukrainian equipment and Ukrainian aircraft are growing day by day, and have already significantly exceeded the number of weapons that the Armed Forces of Ukraine had in stock at the time of the start of the military operation in Ukraine. Let's try to figure out where these numbers come from, and how much equipment has really been destroyed since the start of the NWO.


At a briefing by the Ministry of Defense of the Russian Federation on July 15, General Igor Konashenkov said on the destruction of 253 aircraft, 137 helicopters, 1 UAVs, 543 tanks and other armored combat vehicles, 746 MLRS, 3 field artillery pieces and mortars. Let's compare these figures with what Ukraine had at the time the military operation began.

According to official data from the same Ministry of Defense of the Russian Federation, at the time of the military operation, the Armed Forces of Ukraine had 152 aircraft, 149 helicopters, 36 Bayraktar TB2 UAVs, 2 tanks and other armored combat vehicles, 416 MLRS, 535 field artillery pieces and mortars.

That is, it turns out that at this time, the RF Armed Forces have not only destroyed all the weapons available to Ukraine at the time of the start of the NMD, but also a huge amount of Western weapons. Then why does Ukraine still have aviation, Soviet MLRS and Soviet tanks, a large number of UAVs?

Readers, I believe, know about the statement of Igor Konashenkov on March 6 that “practically all combat aviation of the Kyiv regime has been destroyed”. At the same time, the fact that Ukrainian planes still continue to fly in the sky of Ukraine is a well-known fact. "Yes, how many are there?" you ask skeptically. This, except for the Ukrainian Ministry of Defense, no one knows, but we see that the planes are making sorties, for example, trying to intercept Russian cruise missiles. While, following the figures of the Ministry of Defense of the Russian Federation about 253 downed aircraft, it turns out that they should not be in the sky of Ukraine.

Comparing the numbers “was” and “destroyed”, the question arises: where did Ukraine get another 101 aircraft from? Of course, the first thing that can be assumed in this case is that Western countries delivered aircraft to Ukraine. However, apart from News There is no official information about the fact that the West handed over to Ukraine a certain number of dismantled Su-25 aircraft.

My colleague in his article "Ukrainian Air Force: phoenixes from the ashes or something else?”, written back in early June, suggested that Poland, Slovakia, Hungary, Romania and Bulgaria could supply about 40 aircraft to Kyiv. The Ukrainians could repair something from the number of decommissioned aircraft. And he noted that in addition to 115 aircraft (according to his information, this is how many serviceable aircraft the Armed Forces of Ukraine had at the time of the start of the SVO), another hundred could be added.

Despite the fact that the number 100 looks, in my opinion, overpriced, we add. It turns out 215 aircraft. While, according to the Ministry of Defense, 253 were shot down, and at the same time, the Armed Forces of Ukraine did not run out of them.

The answer to the question of where this figure came from and what this figure is based on hangs in the air.

The same is true with downed drones. At the moment, according to Konashenkov, 1 drones have been shot down in Ukraine (a very impressive figure, you will agree), including about a hundred Bayraktars. At the same time, at the time of the start of the SVO, the Armed Forces of Ukraine had 543 UAVs of this type. Kyiv received about 36 more devices from Turkey after the start of the military operation. To this we can add another dozen drones of this type, purchased from Turkey by third countries and transferred to Ukraine.

The Armed Forces of Ukraine have no tanks and armored vehicles left?

There are also questions about the number of destroyed armored vehicles - according to the Ministry of Defense, 4 tanks and armored vehicles were destroyed out of 060 available at the beginning of the NMD. Where does such a large number come from? Let's figure it out.

How many vehicles did the Armed Forces of Ukraine receive from Western "partners"? From the data of the Kiel Institute of the World Economy, which cover the period from January 24 to June 7, as well as from official statements by Western officials, it follows that since the beginning of the year, the Armed Forces of Ukraine received 252 Soviet-type tanks, 40 tanks manufactured by NATO countries (promised for delivery), up to 395 armored vehicles, 147 units of other armored vehicles. The total is 834 tanks and armored vehicles.

In July, Kyiv probably received some more pieces of equipment. If we divide the figure 834 by 4 months of the SVO, it turns out that Ukraine receives about 208 pieces of equipment per month. Let's add this figure to 834, we get 1. This is the total number of tanks and armored vehicles received by Kyiv from Western countries. Let's add this figure to 042, we get 2. With the data of the Ministry of Defense about 416 tanks and armored vehicles destroyed.

Thus, it turns out that all Ukrainian heavy equipment has been destroyed (even “with a margin”), and the Armed Forces of Ukraine cannot continue hostilities. In reality, however, we see a completely different picture.

It is rather difficult to answer the question of how much heavy equipment the Armed Forces of Ukraine have actually lost since February 24, if we disregard the figures of the Ministry of Defense of the Russian Federation. Some portals that count the destroyed equipment in the military conflict in Ukraine estimate the loss of Ukrainian equipment (tanks and armored vehicles) at 1 units, but it is difficult to say how reliable these data are.

We do not know what methods the Ministry of Defense of the Russian Federation uses when counting the destroyed military equipment and combat aircraft of the Armed Forces of Ukraine. However, these methods raise serious questions regarding the reliability of the announced figures. If the numbers on the number of weapons destroyed, given by General Konashenkov, corresponded to reality, then the Ukrainian army should no longer exist as such.

In general, there are certain questions about information policy. Giving data on the amount of destroyed equipment that is not entirely true, the press service of the Moscow Region, first of all, shoots itself in the foot, because it does not present itself in the best light. While many Russians tend to take Konashenkov's words for granted, Western partners do not. Western intelligence (the same MI-6) is well aware of the real state of affairs, both in the Armed Forces of Ukraine and in the Armed Forces of the Russian Federation, so it is difficult to deceive them in such a simple way.

Engaging in capping, voicing close to fantastic numbers of destroyed equipment and weapons of the enemy, according to the principle voiced by the legendary General Alexander Suvorov “write more, why spare their busurman!”, It seems to be an irresponsible decision in the current situation. It does a lot of harm, but little benefit.