"Contract" does not threaten us? 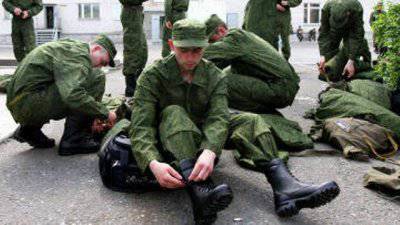 How many copies were broken due to the increase in spending on the domestic defense industry! At one time, all those who disagreed with the concept of the need for the speediest modernization of the Russian army and the defense industry sector were publicly obstructed. Even the seemingly unsinkable Finance Minister Alexei Kudrin, who was replaced by Anton Siluanov in a fire order, suffered. I remember that Kudrin tried to criticize the plans of the country's top leadership regarding the allocation of enormous money for the modernization of the Armed Forces and the defense industry, arguing that the global financial crisis could still declare itself at the most inopportune moment. As a result, such comments seemed to the authorities, let's say, not quite correct, and therefore Alexei Kudrin found himself behind the government’s board not only of Vladimir Putin’s Cabinet of Ministers, but later in Dmitry Medvedev’s Cabinet of Ministers, who reacted so ardently to criticism from the then Minister of Finance.

As a result, the quite mature reform went, but it didn’t go quite like clockwork. A certain squeak in the implementation of ambitious plans manifests itself today, and, in the opinion of many economists, will manifest itself tomorrow. At the same time, a sufficiently large number of those very experts in the field of economics tend to think that Kudrin’s words had a certain logical base under them that needed attention ...

One of the manifestations of the creaking mechanism of army modernization and reform can be called a state with the level of funding for such an item as an increase in the number of contract soldiers in the Russian army. The fact is that according to the presidential Decree of 7 this May (the date of Vladimir Putin’s inauguration), to 2015, the number of servicemen serving under contract in the RA should be significantly increased. The phrase “substantially” means completely unambiguous numbers - for 50 thousands of “man-bayonets” for the year starting from 2013. An increase in the number of contract servicemen would solve the perennial problem associated with the balance of contract-draft form of service in the Russian army, and would also give the army at least the exterior color of a professionally trained combat force.

But the aspirations of the authorities, unfortunately, can not always dock with the existing realities. The fact is that 150 of thousands of contract servicemen for 3 of the year is a venture that could well have been realized if not for one “but”. It consists of the “but” in the notorious financing. The budget for the needs associated with an increase in the total number of contract servicemen for 50 thousand people in the coming year, laid down a total of about 16,4 billion rubles - with the average calculation: for 328 thousand rubles per person (per year). If you recalculate for months, it turns out about 27333 rubles per contract soldier. This amount should include immediate allowance, monetized rent payments, if the contractor is not going to live in the barracks and other payments. Moreover, from this amount it is necessary to make deductions related to taxes, financing of social obligations, and so on, so forth. As it is not difficult to notice, the real cash income of the contractor, for whom the state intends to allocate 27333 rubles per month, will at best be equal to 50-60% of this amount. For obvious reasons, not everyone will be eager to sign a contract and become a soldier on such financial terms.

In this regard, it turns out that the Ministry of Defense will have to either lower the bar for recruiting contract servicemen to at least 30-35 thousand people, or increase funding for the project. But since the budget for next year in terms of modernizing the army and its phased transition to a balanced contract-based basis, has already been formed, and the President’s decree is there, any reduction in the planned number of contract servicemen from the country's main military department will look like a wave of obvious sabotage. And today, no one likes again to get nuts from Vladimir Putin for non-execution of his personal instructions. And the hapless Anatoly Serdyukov clearly does not want to become the fourth minister, received an administrative penalty.

In such a situation, the Ministry of Defense is left with two options: either somehow convincing potential contract servicemen to serve one or two years on modest funding, and then, they say, it will be better; or fill the contract gap with the help of conscripts.

Naturally, one can not especially guess what step will be taken by Anatoly Serdyukov, who was assigned a very modest amount to attract contract soldiers. Anatoly Eduardovich, whether he wants to or not, will simply be forced to take the second path, which has been tested over the years. In this case, we can also talk about the sabotage of the presidential Decree, but everyone understands perfectly well that there would be no sabotage if the financing was not laid out in the amount of 16,4 billion rubles, but in somewhat large amounts.

One more strange fact cannot be overlooked: there are no additional costs associated with financing new contract military personnel in 2014 and 2015. One can only guess what the bottom of the barrel is going to scrape Anatoly Serdyukov and all of the Ministry of Defense in order to be staffed for 150 thousands with a large number of new contract servicemen for 3 of the year. Perhaps there is a certain parallel item of expenditure in the military budget, which has not yet been announced, and in which, nevertheless, the financial points are outlined on how Russia can ensure the transition to contract-appeal in the right proportion. But nothing is known about such an expenditure item, and therefore the fate of potential 150 thousands of contract servicemen is in limbo.

Do we become witnesses of the first stage of the reform slip? After all, it is difficult to explain why of the almost 7,5 trillions of rubles allocated for the modernization of the army and military-industrial complex in 2013-2015, there was not enough money to implement a program to increase the number of contract servicemen. I would like to hope that the necessary funds will still be found so that the modernization plans in the future do not remain at the level of slogans.