Ivanishvili can be the second Yanukovych?

October 13 2012
112
After the victory of the Georgian Dream opposition movement led by Bidzina Ivanishvili, both in Georgia and Russia, they are wondering how Russian-Georgian relations will change. Naturally, such a geopolitical fortune-telling itself is a thankless task, but still some ways of future interactions between Moscow and Tbilisi emerge little by little. To talk about how far Ivanishvili is ready to go in terms of building good-neighborly relations, it is necessary, as far as possible today, to take a closer look at Ivanishvili, on his status, on the facts of his biography. 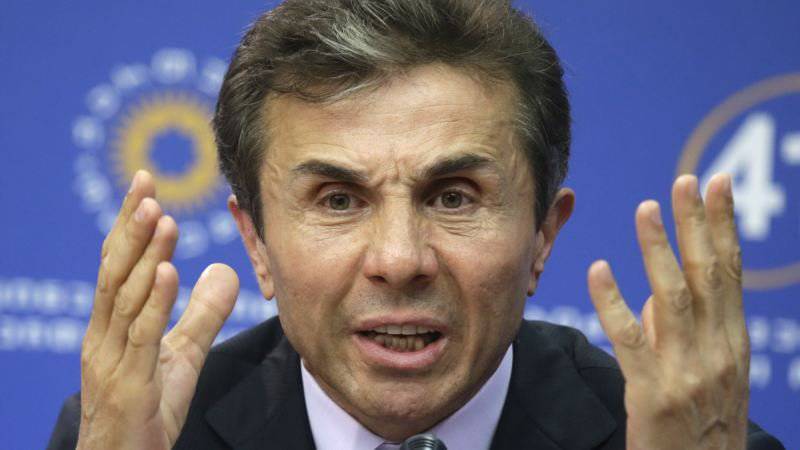 The opposition leader, who suddenly became the political figure number one in Georgia, having pressed Mikhail Saakashvili, is not the person who can radically change the policy of Georgia at the first stage of entering the highest power. Bidzina Ivanishvili is an entrepreneur, and a successful entrepreneur. And no successful entrepreneur who has not yet managed to get used to the political field, will not tear the steering wheel in the opposite direction, even if the continuing course is not very impressive. Based on this, it can be assumed that Ivanishvili, who is preparing to become prime minister of the Georgian government, at least in the first months of his political work will not interfere with the inertia that persists from Mikhail Saakashvili’s activity. Naturally, the entire crew of this ship will change, completely new people will be appointed (and many of these names are already known), but the command “Full back!”, Which will be able to unfold the country's foreign policy, will not be given.

However, like any successful businessman, Bidzina Ivanishvili understands that politics is also a business, which means that you need to wait until inertial craving ceases, and at that moment you can give commands to change course. Otherwise, the ship may be under the rule of calm, which, albeit better than political and economic storms, but also can lead to new problems.

If we are guided by such considerations, after Ivanishvili’s announcement of the new head of the Cabinet of Ministers (and after the change of the Constitution and the head of state) Georgia will continue to prove to the West its loyalty. At the same time, Ivanishvili perfectly understands that, by and large, Georgia for the West has largely lost the factor, let's say, “interestingness”. The fact is that the words about European integration and joining the North Atlantic alliance are, of course, a balm for the soul of the democratically and liberally-minded part of Georgian society, but only the words still remain words. For several years now, the West has been puzzled over how, as it were, in a mild form, which will suit official Tbilisi, declaring its “eternal loyalty”, to make it clear to the Georgian authorities that today there are only problems with this integration. In all respects, Georgia today is not suitable either for European integration or for joining NATO. The fact is that official Tbilisi does not recognize the independence of Abkhazia and South Ossetia, and the territorial issue is fundamental when entering the North Atlantic Alliance. It is precisely this that explains such extensive remarks by NATO Secretary General Rasmussen as “Georgia has never been so close to NATO as it is now.” If anything, then Russia has never been so close to the Alliance either, because this Alliance is already close to Russia in the form of the Baltic republics, Poland and other “partners” in Eastern Europe. In general, the “bright” near future, in which Georgia will be a member of NATO, is still seen as very, very vague. At the same time, at the level of economic development of Georgia, when the annual GDP indicator at purchasing power parity here is no more than 5500 $ per person (for comparison: in Russia - 16700 $, Belarus - around 13000 $, in Latvia - 15400 $, in Greece - 22000 $), obviously, about any focus on the EU and we can not be. More precisely, it is possible to talk as much as you want, but only Brussels has not yet managed to completely lose its mind to receive states with such depressing economic indicators under its wing only because its authorities so want to show their commitment to democratic ideals. As they say, ideals are ideals, and the snuff is apart ...

Bidzina Ivanishvili, who in business has managed to eat a dog, understands all these things perfectly. That is why his words that the course towards NATO membership and European integration will continue even with his leadership of the country is the first thing that the world heard after the election victory of the “Georgian Dream”. After all, if Ivanishvili would allow himself to say something else, then the West would have only expected such a puncture from the new political authorities of Georgia. By and large, the West needs Georgia today only for two major goals: first, to have an additional bridgehead in the case of a large-scale operation against Iran, and, second, to put some pressure on Russia from the south so that Moscow does not relax too much. It can be said that it is from such positions that the United States and the European Union retain an interest in Tbilisi, and as soon as the head of this state appears a person who says that it is necessary to tie up with NATO and with plans to join the EU, so certain forces immediately click on the button of the next political drain. Georgia will turn into Ukraine-2, in which the orange power loyal to the West has been replaced by rushing from side to side by Viktor Yanukovych, who has not yet decided where he is leading his country.

In this regard, it becomes ridiculous to follow the speeches of the current Georgian President Mikhail Saakashvili, who delivers his speeches against the background of two flags - the flag of Georgia and the banner of the European Union ... One could also hang up the NATO flag behind him for complacency, but everyone around is well aware that such clowning can not last long.

So what can Bidzina Ivanishvili undertake, who realizes that he has experienced truly colossal internal and, especially, foreign policy problems, after the notorious inertia movement from Saakashvili’s course has ceased? Knocking fists and forehead on the door of NATO and the European Union, of course, can, but only the cones can not be avoided, but the doors are likely to remain closed. Then, precisely, Georgia will turn into a post-orange Ukraine, which the political forces are pulling one way or the other, effectively tearing the country into two conflicting parts.

It turns out that Ivanishvili has two options: either to overcome economic and territorial problems and to achieve entry into the above structures, or to abandon the ideas of both joining NATO and European integration. But if you try to solve these problems, then Ivanishvili will either have to recognize the independence of South Ossetia and Abkhazia, or try to return these republics to the Georgian fold. Both that, and another for the person preparing to become the new Georgian leader, will be a political catastrophe (at least from the point of view of Western interests).

Raising the standard of living in Georgia at least to the level of the lowest in the European Union under current conditions is also not realistic. Here, the total energy shortage as well as numerous embargoes from Russia play a negative role for the Georgian economy. In particular, only from one ban on the import of Georgian wine and mineral water into Russia, Georgia loses about 200 million dollars a year. If we consider that the aggregate annual GDP of 4,5 million Georgia is about 23 billion dollars, even 200 million looks like an impressive figure.

Today, Ivanishvili is trying to return the businessmen who were considered disgraced when Saakashvili was in Georgia. Many of them managed to settle either in Russia or in the West. According to Ivanishvili, these people are able to contribute a lively stream to the realization of not only the economic potentials of Georgia, but also the potentials for building relations with other countries. Businessmen are responding to Ivanishvili’s offer with silence. Why? Because the majority understands that there are so many problems in the country today that their solution may take many years, and the political situation in the country itself remains ambiguous. In particular, it became known recently that Saakashvili, although he is preparing to transfer power to other hands, but at the same time is trying with all his might to retain such bread places as the Georgian government procurement agency, as well as a special connection, and the new government is in fact agreed to keep the current President control over the designated areas. And, as is well known to all the same disgraced Georgian businessmen, if Saakashvili is given a chance to remain at the state feeder, then any slogans associated with changes in Georgia turn into a farce.

So it turns out that Ivanishvili seems to be celebrating the victory, and he understands all the political and economic problems he gets, but for now the circumstances are clearly stronger than him to allow him to cope with the challenges. This is what gives reason to argue that Ivanishvili, who received the status of the grave-digger of the Rose Revolution, can only become the second Yanukovych, who is not even able to give an answer to where he leads his country: he wants to join the EU, but the EU is against, Russia is calling , but it’s not fashionable to be friends with Russia now - suddenly imperial ambitions and all that ... I would like to be mistaken in my conclusions regarding Bidzina Ivanishvili, but the circumstances are serious stuff.