Education development program is a shame of the country 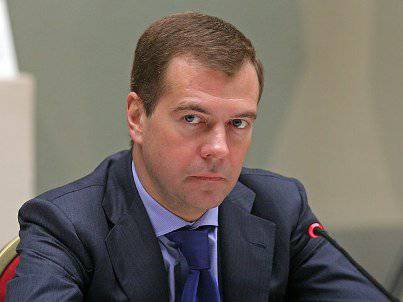 The fact that Medvedev discussed today is an empty and simply poorly written document, says the expert.

Government discussion on the topic of Russian education is inevitably attractive. Every time you witness some interesting discovery. Here and the next discussion of the concept of development for the next few years, such an important industry was no exception. Fresh news from Prime Minister Dmitry Medvedev: it turns out that Russia spends on education no less than on the army.

Let us rejoice in our teachers (or sympathize with the military), but still leave this thesis on the conscience of its author and those assistants who have unknown places dug up the corresponding figures. In fact, during the discussion in the government, the improvement of the “driver of the country's development” (education, I mean) from Dmitry Anatolyevich besides the stupidities sounded really good, correct maxims. Thus, presenting the strategy, Mr. Medvedev noted the fundamental importance of the emphasis on the development of the country's mathematical education, especially since, as the Prime Minister noted, this branch of knowledge in our country is developed and “it needs to be preserved”.

The thesis of the importance of strengthening the mathematical component in education seems indisputable, although it sounds wildly for a country that has already conquered space for a long time, and whose universities still, for all imaginable and unimaginable obstacles, are trained by strong technical personnel who like to fly to leading world IT companies . That is, the mathematical sciences had once (and not so long ago) been excellently developed in our area, the fuse was enough even to this day. True, now we are striving to revive the former technical glory, so to speak, “catch up and overtake” not only America, but once no Singapore at all. And for this, Dmitry Anatolyevich noted, “it’s important that schools and universities prepare our young people for work in competitive conditions, help them to open up their abilities and initiative”. The development of competition in the framework of the educational process, namely an increase in the number of various kinds of Olympiads and competitions, will also help. The idea, admittedly, is beautiful, but up to now it has been seen as something very painfully taken for granted, in order to voice it once again to stupid people. Putin had not slept for that night, selecting his friend's subordinates so that he would give them truisms for revelation.

Medvedev’s “revolutionary” proposals for improving the quality of education in a conversation with a KM.RU columnist were commented by Alexander Abramov, director of the Moscow Institute for the Development of Educational Systems, advisor to the general director of the publishing house Prosveshchenie, Candidate of Pedagogical Sciences, corresponding member of the Russian Academy of Education:

- Medvedev urged to strengthen the teaching of mathematical disciplines. Did this statement inspire you?

- The very fact of such a statement is strange, since it concerns some very local things. Well, who will argue with the need to develop mathematical education and competition? Does anyone oppose? But, you see, there is a discussion of the state program for the development of education in the country for 8 years, that is, we have a program document. Consequently, it would be necessary to argue and speak already about conceptual solutions.

I got acquainted with this program. It is an insanely long, empty, and simply poorly written document, with about 300 pages in it. There are no conceptual ideas of development, it is just a bureaucratic paper. I will give just one example, in my opinion, absolutely deadly. The document contains six integral criteria for the effectiveness of education, five of which are quantitative (population coverage by education, the proportion of various groups, and so on) and only one criterion is qualitative, but it is absolutely fantastic. A new unit for measuring the quality of education in schools is introduced - the so-called decile coefficient, calculated from the ratio of the average score on the Unified State Exam in 10% of the best schools to the average score on the Unified State Exam in 10% of weak schools. This measurement, by definition, is absolutely meaningless, it does not characterize anything, while it has not yet been definitively defined how to calculate this coefficient correctly.

At the same time, the Minister Livanov recently stated that the current situation with the effectiveness of education in the country is on average bad, since the decile coefficient is equal to 1,86. I don’t know how they calculated it, but one of the directions of the program is this: by 2018, we will have great success, the ratio will decrease to 1,7, and in 2020, to 1,5. First, it is highly doubtful to evaluate the quality of education with an accuracy of hundredths and tenths. And secondly, it is necessary to decide on the elementary - “what is good and what is bad.” If we say that everyone should just be “equalized”, then the coefficient should become absolutely perfect, especially if everyone has high points. But the 2 coefficient can also be a good indicator, because it would mean that 10% of the best students are direct candidates for the future scientific elite. You can argue here endlessly, but one thing is unclear: how could such nonsense be laid in the state program for the development of education ?!

- Medvedev proposed another quality assessment criterion: the top five of our leading universities should be on the list of the hundred of the world's best ...

- This criterion is at least meaningful, but another question is how it is achievable in our conditions. This is a big problem, because so far there is not even a state strategy on how to achieve this. In the end, I am even ready to believe that with colossal efforts this task can be solved, but the problem still lies much deeper. Our entire high school is in hell with what condition, and correcting this situation is a much more difficult task. But, again, no reasonable way to solve it is proposed. So I think that the emergence of such a program — surprisingly unprofessional and unable to improve the situation — is simply a shame. This is evidence that our system of preparing important state decisions has collapsed.