When Russia starts to fight for real 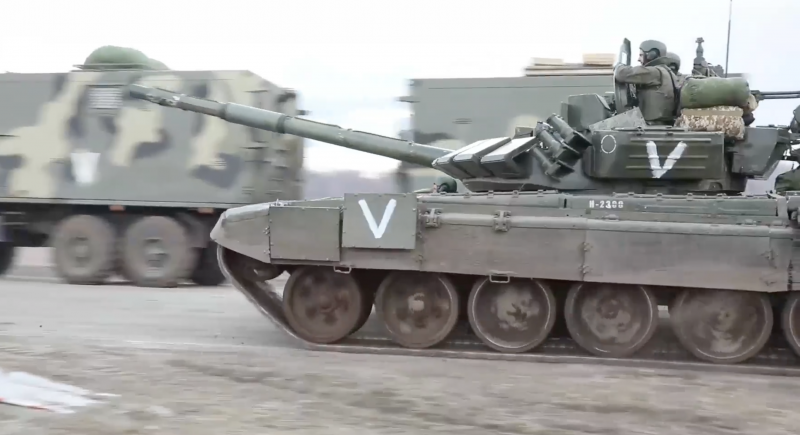 Very often, from some patriotic bloggers and couch analysts, one can hear that “Russia has not yet begun to fight for real.” Like, we have not yet shown our true potential and have not used our capabilities to 100%. To what extent is this opinion true? Let's try to answer this question.

Military aviation is not used to its fullest?

There is an opinion that the Armed Forces of the Russian Federation do not sufficiently use the military Aviation in the NWO in Ukraine. And that the same bridges can be bombed by strategic bombers, and not by Caliber missiles. It can be safely answered that this opinion has nothing to do with reality. There is no complete and total air superiority of Russia, both because of the insufficient number of attack aircraft and attack drones for such a long front (more than a thousand kilometers!) And because of the enemy’s air defense, which is “completely suppressed” only on TV.

The fact that the superiority of Russian aviation in the sky of Ukraine is very relative, back in April, Igor Strelkov, a retired FSB colonel, wrote.

“The superiority of the RF Armed Forces in aviation is very relative. Since the enemy has a well-equipped and numerous military air defense, which seriously limits the actions of tactical aviation, which is capable of supporting its troops on the battlefield.
In addition, do not forget that the Armed Forces of Ukraine have a lot of Western-made portable anti-aircraft missile systems. Therefore, Russian aviation cannot just take and freely bomb the same bridge in Zaporozhye - all attacks on objects in the rear of Ukraine, if you, dear readers, follow the course of hostilities in Ukraine, are carried out mainly with the help of cruise missiles. Russian aviation does not go deep behind enemy lines, precisely because of the presence of a considerable amount of air defense in the Ukrainian military.

Russian artillery is not working at full strength?

Due to the constant shelling of Donetsk, many inhabitants are wondering why the artillery points of the Armed Forces of Ukraine are not suppressed? Why is the enemy shelling the city with impunity? This means that our artillery is not working at full strength! Such questions and such conclusions are made by people who do not understand the real operational situation in Donbas.

To begin with, it is worth saying that the Armed Forces of Ukraine have an advantage in field and artillery reconnaissance, in particular, an advantage in drones, both reconnaissance and strike. It is for this reason that positional battles in the area of ​​​​the same Avdiivka near Donetsk go with the advantage of the enemy. Which with precise blows in the last week destroys the ammunition depots of the People's Militia.

In addition, Ukrainian artillerymen are well trained. During the existence of the “Minsk agreements”, they had the opportunity to exercise, shelling the Donbass with virtually impunity, while the People’s Militia of the LDNR was allowed to open fire only in special cases (for example, when trying to break through the enemy).

Counter-battery combat is not an easy task. This work should involve air reconnaissance (UAVs should patrol the air), and radio reconnaissance. However, UAVs, as you know, are critically lacking.

“The lack of “Orlans” is estimated by the gunners of the “allied forces” as something like “we have one of the 5 or even 10 necessary for permanent successful operations.” And what do you want after that? Now in the war zone it’s good if there is one working Orlan per artillery division of 152-mm caliber. It's very good where it is. In some artillery brigades of the Armed Forces of the Russian Federation, even this is not the case. And the requirements of the gunners, based on the tasks that they are given, is to constantly have an Orlan in the air for each battery, ”

- writes, for example, a fighter of the People's Militia of the LPR Andrey Morozov, "Murz".

At the moment, Russia is using the tactics of concentrating a huge number of MLRS in one of the directions (as it was near Severodonetsk and Lisichansk) in order to create a total advantage. It works, the goals are achieved, but this can only be done in one area, while the rest will be weakened. In view of the above, the opinion that the Russian artillery is not working at full strength seems untenable.

Well, the question that many people like to ask so much is why there are no strikes on decision-making centers in Kyiv, strikes on bridges across the Dnieper, transport interchanges? I have already tried to answer this question in the article “Why, after four months of the NMD, the bridges across the Dnieper were not destroyed”, a brief conclusion - because there is no corresponding political decision.

Initially, the main goal of the SVO was to preserve Ukraine as a state by quickly changing power in Kyiv. There was an expectation that when Russian troops were near Kyiv, Zelensky would either flee or capitulate. But even later, when this plan collapsed, Moscow did not completely abandon the idea of ​​concluding a peace agreement with Ukraine, so there are no strikes on the decision-making centers in Kyiv. But Ukraine, in turn, having the American HIMARS MLRS in stock, began to apply them, which, in particular, writes the famous military commander Alexander Sladkov.

“Ukrainian rocket launchers and artillery have already struck several times at our decision-making centers. With result. The centers are small but important. I do not write here where, when, how much, and by whom. In order not to give out military secrets. Those who are in the subject will understand: if the reporter Sladkov and his colleagues know, then many others also know.”
Of course, if there is political will, they can strike at the command and control centers in Kyiv, but this will not affect the course of hostilities strategically. Attacks on bridges may have a limited effect on the course of hostilities, but it is impossible to destroy all bridges at once. Especially considering that they are covered by Ukrainian air defense. This will take quite a lot of time. But you still need to try, because at the moment the Armed Forces of Ukraine are not experiencing any problems with the supply, transportation of fuel and lubricants and shells. Western weapons transferred to Ukraine are quickly delivered to the front.

The conclusion from the above is quite obvious. Perhaps I will disappoint someone, but what you are now seeing on the Ukrainian fronts is the real level of capabilities of the RF Armed Forces as part of a special military operation. All types of weapons are used and used, most of the personnel army of the RF Armed Forces participates in hostilities.

Significantly strengthen the Russian army can only announced mobilization, but already in the Russian Federation. Moscow does not want to make this unpopular decision, this is the reason for the unsystematic and total mobilization in the LDNR. Of course, Russia does not need such mobilization as in the Donbass. We need partial mobilization (primarily of military reserves), mobilization of industry, economic and political mobilization. Mikhail Remizov, president of the Institute for National Strategy, wrote back in May about what mobilization should be like.

“As for military mobilization, its transition from a hidden to an open state is ripe. Without this, it is impossible to scale and systematically organize the volunteer movement; to attract the forces of business and civil society to various “rear” tasks in the frontline zone; return to the question of the use of "draft" units in the conflict zone. This will require a complex political conversation with the public and an acknowledgment of the seriousness of the situation. But avoiding such a conversation will cost more.”