How did the authorities of the USSR and Russia squander nuclear potential in 80 and 90? 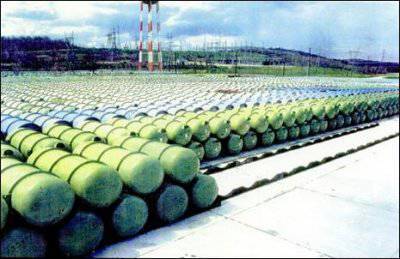 By now, the so-called Nuclear Club has formed in the world, made up of eight countries that have nuclear weapon. These countries, in addition to Russia and the United States of America, include France, Great Britain, China, the DPRK, Pakistan and India. Many experts say that Israel can also be called a member of the Nuclear Club, since Tel Aviv has weapons of mass destruction, but the Israeli authorities are trying to hide it with all their might.

Today, speaking of the Nuclear Club, few people recall that at least one of its representatives once suggested abolishing not only this organization, but also abandon testing and storage of nuclear weapons altogether. whatever country of the world. The initiator of such an idea in January 1986 was the Soviet Union, or rather its then leader, Mikhail Gorbachev. The idea of ​​Gorbachev and his inner circle was to ensure that on the basis of a phased program for 2000, not a single nuclear power remained on the planet, the USSR and the USA would stop the arms race and move to an economically beneficial partnership.

Today, every sane person understands perfectly well that such a proposal is a classic example of populism, which balances on the limit of common sense, because the opponents of the USSR obviously will not abandon their military power. But then it seemed to many that Gorbachev was indeed capable of leading the two countries, who had opposed each other for decades, on the path of rapprochement and universal fraternization. At least, the people very actively welcomed Gorbachev’s statements.

Obviously, the plan for the phased disbandment of the nuclear club, which at that time included the 7 states (the same, but without the DPRK), could not have been born in the head of the then Secretary-General.

At the end of July, 1985, Gorbachev introduced a moratorium on nuclear testing before the start of the next 1986 year (introduces, which is remarkable, without any agreement with the United States - unilaterally). At the same time, the document contains the words that the Soviet Union is ready to extend the moratorium if the United States supports the USSR in its endeavors and also announces a temporary ban on testing nuclear weapons.

Obviously, after hearing that the new leader of the Country of Soviets unexpectedly declares some kind of moratorium after several years of sharp political injections, withdrawals from agreements, a boycott of the Olympics in Moscow and Los Angeles, the American President Reagan, who by that time was during the second term he occupied a chair in the White House, decided that the Soviets were preparing another provocation, throwing the bait to the Americans. For obvious reasons, the Americans only grunted in response to the proposals of Secretary General Gorbachev and declared publicly that they would not support any moratorium. It would seem that the situation should once again follow the path of the classic Soviet-American confrontation, but Mikhail Gorbachev decided that the Americans needed to “help” understand his exceptionally good intentions ... The Soviet Union has since unilaterally decided to follow the path of self-disarmament ever since, expecting that the idea will be picked up by “partners” from overseas. This was an amazing precedent in world practice, because the usually rejected initiative of one of the opponents in terms of military cooperation and concessions to another immediately led to a new confrontation and a sharp aggravation of relations between these opponents. But Mikhail Gorbachev apparently decided to do everything to please the transatlantic “friends”, and therefore, after rejecting those proposals to support the moratorium on nuclear tests, not only did not give the order to abandon the Soviet moratorium, but also continued steps towards unilateral concessions.

In November, 1985, the famous Geneva meeting of Mikhail Gorbachev with Ronald Reagan took place, which presented a sufficient number of surprises, primarily for Americans. When leaving for this meeting, Reagan obviously believed that some ultimatum phrases would come from the Soviet Union that, they say, if you do not support our initiative on the moratorium on tests of nuclear weapons, then we will curtail our program, and then just for ourselves stop responding. It was to such statements of Gorbachev that the American side in Geneva was preparing. But events have followed a completely different scenario. In particular, the Soviet delegation continued to surprise Americans with generous gifts, the main one of which was that the USSR promised the United States not to cancel the unilateral moratorium on nuclear weapon test explosions even after January 1 January 1986.

After such a truly royal gift, Reagan began to look more closely at the new Soviet leadership, and apparently drew for himself that Gorbachev was the “guy” who himself was a great gift for the United States. Gorbachev’s pacifist slogans, which, after a statement on the extension of the moratorium, unilaterally also declared a desire to see a world without nuclear weapons, initially causing the American side only an incredulous grin, later she (the American side) decided to take the United States-Union basis. Having scrolled variations in their heads with the possible benefit that Gorbachev’s striking Gorbachev’s desire to make a positive impression on the West could bring to the US, the American authorities decided to “give a chance” to the Soviet leader to realize his plans. But what else? The main world opponent of the United States, which scared women and children, the Soviet Union, is itself saying that it is ready to disarm in full, and it’s a sin not to use it. And Moscow didn’t set any special conditions: they say, we are disarming, and if you support us in this, then this fact will be just blissful.

The United States, of course, decided to play world pacifism in a manner peculiar to them, which Gorbachev either did not guess, or pretended not to guess. Signing partnership agreements in the field of military and space technologies, Reagan follows a very original path. Already in February 1986, the American president announced that the USSR and the United States had embarked on disarmament, but he also eloquently adds that he is not going to stop projects under the Strategic Defense Initiative, which, first of all, are aimed at creating new types of weapons ( including space). It was a kind of message to American citizens who still could not understand why Reagan decided to go for rapprochement with Gorbachev. This message can be rephrased approximately as follows: friends, we shook hands with Gorbachev; he went on disarmament, and we will go our own way, because for us (the Americans) our own defense is first and foremost.

However, Moscow missed these words about the continuation of the US course on building up military capabilities, and more and more fell into a "friendly quagmire." With further agreement, the Americans managed to remove the question of forward-based weapons, but readily agreed to reduce ICBMs, which the USSR should have had less than 20% of the initial quantity by 1996. In addition, the United States and the USSR decided to take the path of destroying missiles on European territory. Mikhail Gorbachev actively supported such an idea, in fact not paying attention to the fact that it’s about the destruction of American and Soviet missiles, but nothing is said in the document about French and British missiles, and these countries were and continue to be American allies ( including the NATO bloc). In other words, the USSR was at a distinct disadvantage because the European nuclear parity would be more than obvious.

The most surprising thing is that even at the last moment, Washington didn’t support even such favorable conditions for the Americans as he wanted to get the opportunity to retain the right to conduct nuclear tests both on earth and in outer space, implementing the concept of missile defense (SDI).

As a result, an agreement between the USSR and the USA on disarmament was reached in December of 1987. As you can see, the Americans for more than 2 years “probed” Gorbachev for loyalty, and after controlling “probing” they decided that it was time to make a seemingly breakthrough step. As a result, December 8 1987 signed the so-called Washington Agreement, according to which the USSR undertook to destroy the RSD-10, P-12 and P-14 missiles, the United States - "Pershing-2", BGM-109G. These are short-range missiles. If we talk about medium-range missiles, the Soviet Union proceeded to sawing OTP-22 and OTP-23 missiles, and the United States - "Pershing-1A". When in the 1991 year they counted how many rocket complexes were destroyed by those and others, the result was quite interesting: the Americans reported on the destruction of 846 rocket complexes, and the USSR announced a “record” - 1846 units! ..

However, in the USSR, there was such a time that very few people thought about nuclear parity at that time. Mikhail Gorbachev by that time had already managed to get the Nobel Peace Prize, having done his job ...

It would seem that the leadership of the United States could only applaud the initiatives of Mikhail Gorbachev (which this leadership, in principle, did), but Washington, feeling the taste of blood torn to pieces of the country, craved more. His new wishes were to continue the incarnation of Gorbachev’s idea of ​​abandoning nuclear weapons of a single country. Recall that Gorbachev’s idea was to abandon nuclear weapons on a planetary scale, but the White House still liked the idea of ​​abandoning weapons of mass destruction within a single state, namely the USSR (Russia).

The land baton of pacifism 1 / 6 of the land after Mikhail Gorbachev was taken over by Russian President Boris Yeltsin. Guided by the difficult economic situation and the absence of not only real, but also even potential enemies abroad, Yeltsin sells weapons-grade uranium to the United States simply at bargain prices. Bypassing the parliamentary discussion in Russia in a deal between the Russian Federation and the United States, Washington sold about 500 tons of weapons-grade uranium. After another gift from the domestic authorities to the western partners, the Americans realized that Russia could be manipulated as they pleased. In particular, the unilateral withdrawal of the United States from the ABM Treaty was finally witnessed, since no significant threats could be expected from Russia drained by the middle of 90-s, and the Russian Federation after the sale of military uranium actually lost the ability to reproduce nuclear weapons . The then atomic energy minister Viktor Mikhailov put his signature on the sale of 235 uranium from the Russian side to the United States; more senior officials didn’t have a de jure relationship to the deal, but it would be foolish to assume that it was Mikhailov who initiated the continuation of unilateral disarmament of Russia.

But even the export from Russia of 500 tons of weapons-grade uranium did not temper the US appetites, since around the same time Moscow was “friendly” obliging the remaining uranium-235 reserves to be converted into 4% concentrate, which cannot be used for the production of nuclear weapons. The United States itself was able to use not only its reserves of weapons-grade uranium, but also uranium, which was brought from Russia.

It turns out that Gorbachev's words that the planet could become nuclear-free by 2000, in just 10 years (from 1985) have become a reality. True, the snag is that not the entire planet Earth became a nuclear-free one to 2000, but only a single country located on this planet. And the saddest thing is that this country is Russia — the country in which we live ...