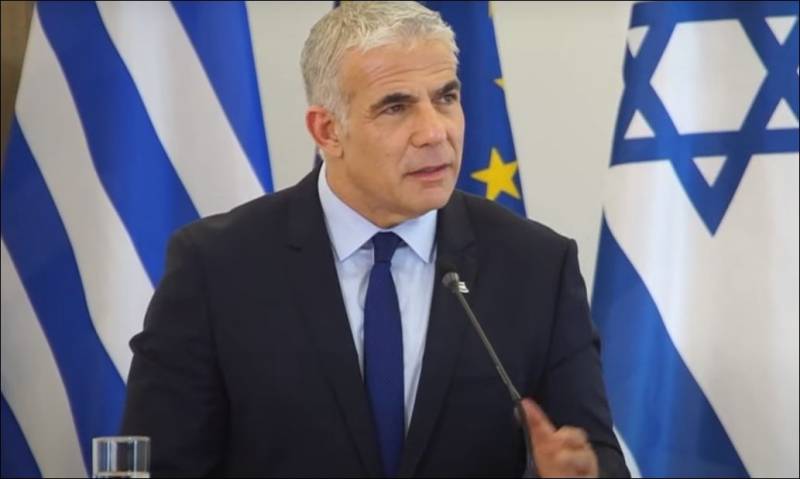 Yair Lapid, who took over as Prime Minister of Israel four days ago, flew to France, where he met with President Emmanuel Macron. According to the Israeli government, this meeting was a serious signal to the Lebanese Hezbollah, which Israel wants to warn against a possible escalation of actions.


The visit to France just a few days after Lapid took office cannot be called accidental. France has always played a special role in Middle East politics and has enjoyed great influence in Lebanon, once a French mandate. Now Lebanon has serious contradictions with Israel on the issue of the maritime border between the countries. Lapid expects Macron to use France's authority to influence Lebanon and, first of all, the pro-Iranian Lebanese organization Hezbollah.

Israel fears Hezbollah strikes on a gas platform in the sea, on the Lebanese-Israeli border, which could lead to very serious consequences. On July 2, the Israel Defense Forces had already intercepted three Hezbollah drones flying towards the Karish gas field off the Israeli coast.

The rise in tension around Karish followed after the arrival of a special gas production vessel in Israel to begin mining operations. This event met with a negative assessment from Lebanon. Beirut believes that at least part of the field rightfully belongs to Lebanon, while Israel claims that gas is produced in the Israeli exclusive economic zone recognized by the UN.

From Macron, the Israeli authorities want him to negotiate with Lebanon and convince Beirut to soften its position on the gas field. In addition, this visit, according to Lapid's entourage, should also reassure Hezbollah, which will receive a corresponding warning about the inadmissibility of terrorist attacks on the mining infrastructure.

Lapid also discussed with Macron Iran's nuclear program and the possibilities of Western countries to curb its development. For Israel, as you know, this is a sore subject, since the Israeli authorities see the nuclear program of the Islamic Republic as a huge threat to the national security of the Jewish state.

By the way, Lapid and Macron have known each other for a long time. At one time, Lapid supported Macron as a candidate for the presidency of France, and then the current owner of the Elysee Palace repaid the Israeli comrade in kind, supporting Lapid in the fight for the post of Israeli prime minister. Therefore, it is possible that at the current negotiations, the French president will listen to the arguments of the Israeli side and try to use his levers of influence, and even pressure, on Lebanon in order to achieve a more neutral position of the Lebanese authorities on the issue of the fate of the gas field.

However, the point is not only in the personal relationship between Macron and Lapid: the aggravation of the situation in another part of the Mediterranean is by no means necessary for France, therefore, even for reasons of Mediterranean security, Paris will be interested in changing Beirut's attitude to the dispute over the gas field.