October 12 2012
28
2 October with. Mr. Obama, after consulting with the loyal Tseerushniki and loyal men of the Pentagon, thought and decided that it was time to repeat some tactics of democratization in Libya. The secret mission of the CIA and the US Department of Defense, as it became known from articles in the New York Times, involves the punishment of militants involved in the grenade attack on the consulate general in Benghazi, as a result of which four Americans were killed, including Ambassador Mr. Stevens.

By order of Obama, who is ready for much, if not for everything (they say, he is ready to strike Iran, so some Libya is for him!), The command of joint operations immediately began developing target packages with information on suspects I mean the Islamist group Ansar al-Shariat. 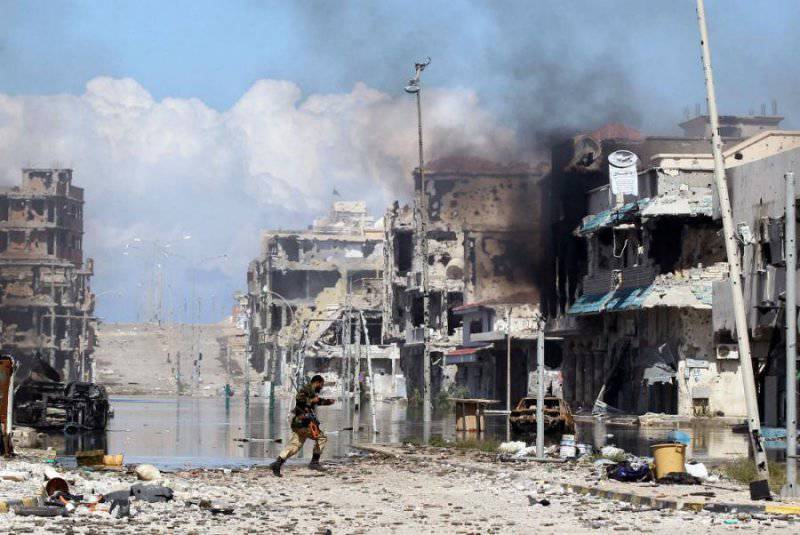 It is assumed that the Pentagon, in collaboration with the CIA, will set targets and then organize air strikes and carry out a special raid. Unmanned reconnaissance planes have been flying over Libyan land for a week already.

It may well be that the location of “Ansar al-Shariat” strangely coincides with the coordinates of the city of Bani Walid - the stronghold of the Kaddafists. We often talk about the Americans that they adhere to the policy of double standards, and they still love with one stroke of two birds with a killer.

Hearing about the deadly drones, which are about to rush to the aid of the flimsy Libyan democracy, as well as upset by the recent death of Shaaban (the killer of Gaddafi), temporary workers from Tripoli pulled to Bani Walid Tanks, Grad installations and pickups with machine guns. But in response, far from cowardly men from the tribe of Warfall stated the intention to protect Bani Walid to the last drop of blood.

October 9 in the press messages appeared about the first clashes between the besieging Bani Walid, pro-government militants and city defenders. The Libyan authorities were going to attack the 5 October gaddafists, but human rights activists from Amnesty International, as if imploring the Gaddafists, demanded to lift the siege. And, while the crux of the matter is, sympathizers with the right cause of Gaddafi have arrived in Bani Walid. And in Tripoli, outside the parliament building, a rally was held in support of Bani Walid. By the way, this city was stormed before - in May and July, but the attacks were repulsed on the approaches.

The army of Libya took the city into the ring. The transport communication was completely blocked, access to the city with trucks with water, food and medicines was blocked. In Bani Walid, neither doctors, nor representatives of international organizations, or journalists were allowed in. Residential quarters were fired by shells, and Bani Walid in front of his eyes turned into ruins.

Abdel-Hamid Shanduli, a resident of Bani-Walid and head of the information center, in an interview with the Voice of Russia рассказал:

“There is a shortage of food, medicines, in some areas electricity has been cut off for us ... Schools and universities are closing down. Shells fall on residential areas every day. Recently bombed the Al-Mardum quarter After this shooting, 25 cases of poisoning with an unknown gas were recorded in the city hospital - and there are children among the dead. Very often, residents do not have time to run out of those houses in the area of ​​which the artillery is under way, the roofs are crumbling, and people are buried alive. The common misfortune rallied us: the neighbors are trying to help each other, sharing food and medicines. Homeless families move to their relatives ... Having a government that destroys its own people is a shame not only for Libya, but for the entire world community. ”

Abdel-Hamid Shanduli believes that by means of bombings in the city they are searching for suspects in Shaaban’s death.

As for the Libyan media, the national TV channels broadcast that in Bani Walid the government is “restoring order”. In this regard, it is curious that the government, represented by the Chief of the General Staff of Libya, stated that the army was not involved in the attack, and that the city was being stormed by groups from Misurata. That they want to avenge the death of Shaaban.

Human rights activists from Amnesty International, according to various sources, claim that efforts to punish the murderers or free the hostages in Bani Walid turn into a siege.

Journalists of the France-Press Agency count them.that it was the death of Shaaban that increased tensions between the residents of Misrata and Bani Walid - neighboring cities and historical rivals who fought on opposite sides of the barricades last year.

Lebanese newspaper "Daily Star" пишет on the order of the National Assembly of Libya from September 25, which allows the ministries of defense and internal affairs of the country "to use force if necessary" - in order to find and roughly punish the murderers of Mr. Shaaban. That is why both the army and the militia gathered at Bani Walid. Everyone wants to use force.

Also, the newspaper reports that October 10 siege was partially removed from the city, and representatives of the International Red Cross had the opportunity to enter. They have already made the first trip to the city hospitals.

Data on the victims of the shelling are given: from 5 to 10 people, including at least three children. It is impossible to confirm or deny this data.

Here, perhaps, all that is known about the siege of Bani Walid.

The commentator of the Egyptian newspaper "Al-Vatan" believesthat Libya is moving towards "chronic instability."

Isn't he right? Wherever peacekeepers from the United States and NATO have visited, “chronic instability” immediately arises. At first, the symptoms are similar to the euphoria of a revolutionary victory, but then comes a heavy and painful hangover. A strong country is crumbling to pieces, plunging into chaos of anarchy, and it is planned across the ocean — not even in the name of American values, but because of the pre-election rating — to bomb it again. Similar is treated by similar. Instead of offering the alcoholic to sober up and recover, the crazy democratic doctor again and again prescribes him the opohmelka ...