Spain has provided the US with a rota base to deploy elements of the US missile defense system. 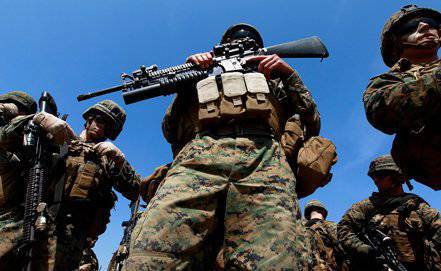 Spain officially provided the US with the Roth / Cadiz naval base in the south of the country / for deploying elements of the US missile defense system. The corresponding treaty was signed today by the defense ministers of the two countries, Pedro Morenés and Leon Panetta, at the NATO meeting in Brussels.

“I am grateful to Spain for this decision,” Panetta stressed. “This strengthens not only missile defense in Europe, but also relations between NATO countries aimed at ensuring security throughout the world.”

The agreement gives the right to deploy four destroyers equipped with the Aeges anti-ballistic missile system, as well as US military 2013, from the 1400 year of the year. These forces will form part of the shield against the threat of a rocket attack from Iran or North Korea. In addition, US ships as a permanent group of NATO will participate in various exercises and maneuvers, and, if necessary, be used as part of a rapid response.

Providing the US military base with Roth will also bring Spain a considerable economic benefit. The initial investment in the infrastructure of the base will be 5-6 million euros. In addition, the accommodation of military personnel and their families, as well as the provision of various services to them, according to preliminary estimates, will cost Washington 60 million euros annually.

Spain decided to join the US missile defense system in October 2011, when the Spanish Socialist Workers Party headed by Jose Luis Rodriguez Zapatero was in power. But in order to provide the US military base to Madrid and Washington, it was necessary to make some changes to the bilateral agreement on the defense of 1988 of the year, the development of the amendments and their approval by the government of Mariano Rajoy left the whole year.