The US Army faces a shortage of recruits 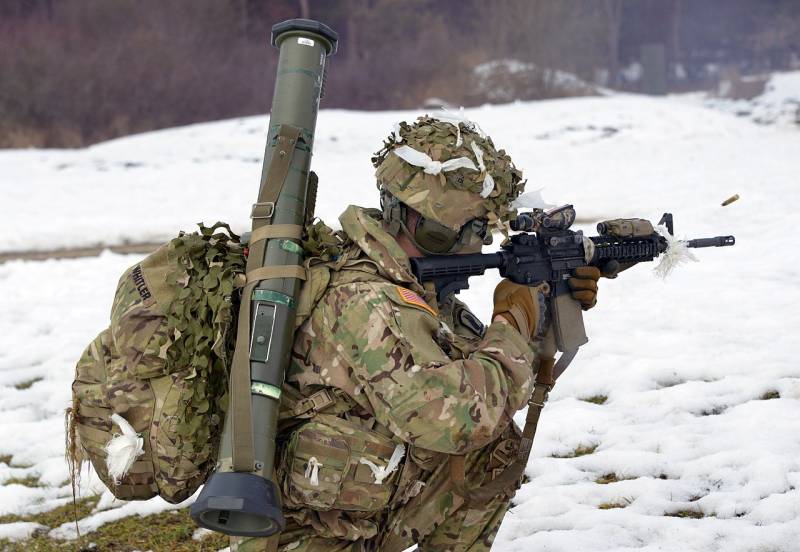 Since 1973, the recruitment of military personnel in the US Army has been carried out voluntarily and on a contract basis. For almost half a century, such a system coped with the tasks set and ensured the required influx of personnel. Now, however, the Pentagon is facing a shortage of recruits. Despite all efforts and various measures, he is now unable to attract the required number of young people.

Recruitment problems were reported by NBC News on June 27 in the article "Every branch of the military is struggling to make its 2022 recruiting goals, officials say." Information about current processes, their results and attempts to deal with existing problems was obtained from unnamed sources in the Pentagon and from outside experts.

It is reported that the recruiting units of the army cannot cope with the implementation of the set plans for the recruitment of new contract servicemen. It also provides specific data on some types of troops and types of armed forces that receive less new personnel.

NBC News was able to find out the possible prerequisites for the emergence of such a situation. Recruitment is hampered by a whole range of social, economic and other factors. So, most of the potential recruits, for one reason or another, do not want to connect their lives with the army and prefer a different job. At the same time, a significant proportion of them will not be able to enter the service due to various restrictions. 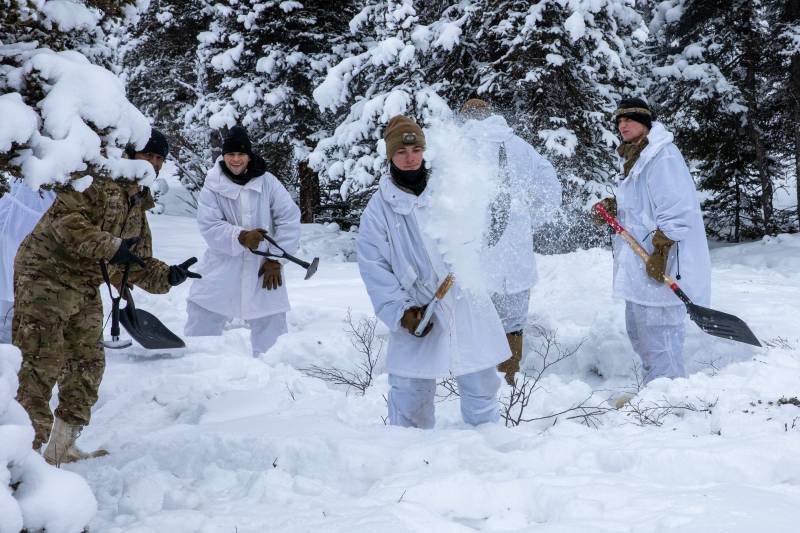 The Pentagon sees and understands this problem. In addition, they are already trying to find a way out and offer various measures that can interest young people. But despite all the efforts, the situation has not changed dramatically yet. Recruiters are still behind schedule for the current fiscal year, and it's not clear if the problem can be resolved before the start of the next one. In addition, the search for recruits next year is also in question.

In general, the situation with recruits looks bad. NBC News does not provide absolute numbers, but reports that the recruit plan for FY2022 so far only 40% completed. For the remaining three months, until the end of September, the remaining 60% of recruits will have to be recruited, which is hardly possible. However, the relevant services are still optimistic: in summer and autumn, the flow of recruits always increases due to school graduates.

According to NBC News, only some branches of the US military do not have big problems with recruits. The first one is the Marine Corps. He almost completed the recruiting plan and gathered several thousand people, although he encountered difficulties. Recently, a representative of the command of the ILC said at a congressional hearing that FY2022. became one of the most unsuccessful since the abolition of the draft.

Similar results, but on a smaller scale, show the newly created Space Force. This year they will accept only 500 recruits, and almost all the vacancies have already been filled. The Naval Command is also optimistic about the near future. It believes that the current plan will be carried out - this will be helped by a recent feature film about carrier-based pilots. aviation. 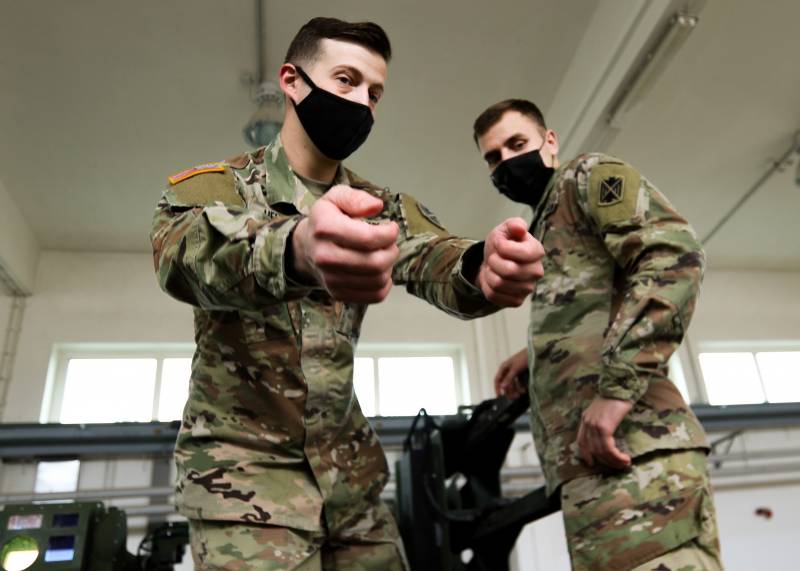 The situation in the Air Force is noticeably worse. This year this structure wants to accept 50 people. However, recruitment is behind schedule; the shortfall has already reached 4 thousand people. The Air Force hopes to rectify this situation before the end of the financial year and fulfill the plan. That being said, the National Guard Air Force and the reserve will probably not be able to cope with the plan. It is noted that the US Air Force last encountered such problems in 1999 and 1979.

Thus, some branches of the armed forces are still optimistic and hope for the implementation of the plan, but in general the situation is far from ideal. Not likely in the remaining months of FY2022. The Pentagon will be able to recruit the remaining 60% of the required recruits and close all urgent needs. If this does not happen, then open "vacancies" will be transferred to the next year, which also does not promise to be easy.

By my own will

In general, the situation is simple and understandable. American youth, for one reason or another, does not want to join the army. Recently, the Pentagon conducted a sociological study and identified the main reasons for this attitude to the service. Curious figures from this work are cited by NBC News.

The survey showed that among young people aged 17 to 24 who are fit for service, only 9% intend to join the army. In total, these are only tens of thousands of people, who are only enough to replenish one or two branches of the armed forces. This is the first time since 2007 that such low rates have been observed. 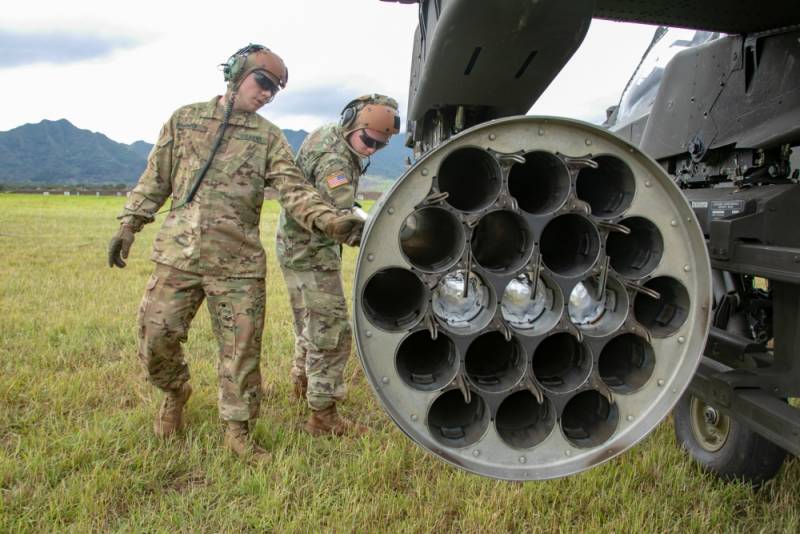 Potential recruits are reluctant to sign a contract due to a number of concerns. Thus, 57% of respondents are afraid that the service will negatively affect their mental state. About 50% fear for their physical health. A significant part is not going to the army for ethical reasons.

The Pentagon believes that the appearance of all such fears contributes to the prevailing image of the armed forces in society, their work and combat use. At the same time, according to other studies, up to 75% of young people know practically nothing about the army, cannot form an objective picture - and draw the wrong conclusions.

Parents have a great influence on the opinions and plans of young people. Most of the middle class would like their children to go to college or university and then build a career and succeed. Service in the army does not fit into this pattern. In addition, parents are no longer a positive example. So, at one time, only 13% of potential recruits managed to serve as parents. For comparison, in 1995 this figure reached 40%.

However, the problem is not only the unwillingness of young people. The army is ready to accept far from all recruits. The proportion of people fit for service is small and constantly declining. According to recent data, only 23% of Americans aged 17-24 can enter the service. The rest of this population is ineligible for health reasons, criminal records or drug problems. At the same time, a few years ago, the proportion of healthy and fit for service reached 29-30 percent. 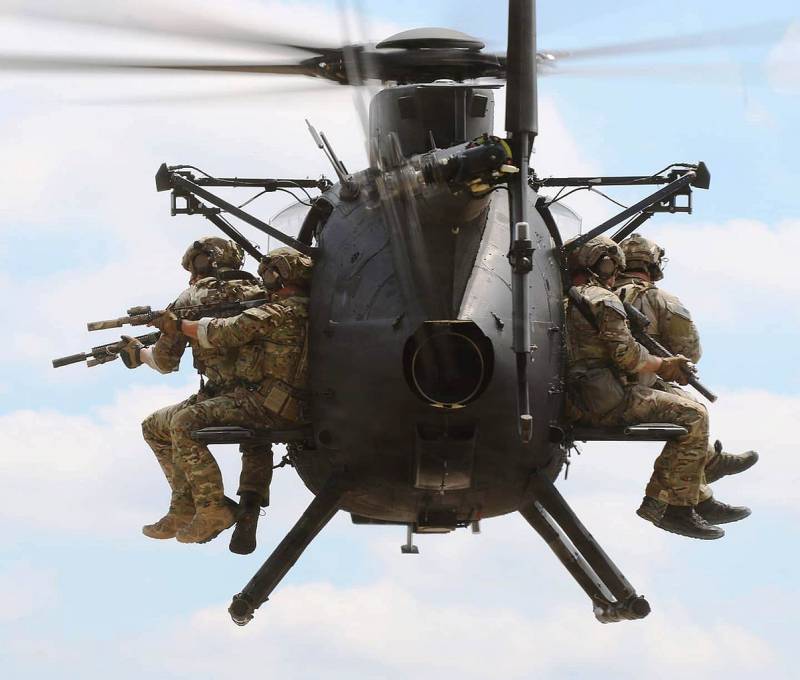 The structures of the Pentagon are already proposing and implementing various measures aimed at attracting more recruits. Financial solutions are proposed, additional advertising campaigns are carried out, and even organizational issues are resolved. How successful these actions will be will become clear in a few months.

The military department plans to reduce the requirements for recruits. Now they are reviewing the criteria and requirements for those entering the service. In total there are approx. 250 reasons for refusing to be accepted into the army or for dismissal from service. Some of them may be adjusted or canceled altogether. First of all, they will reduce health requirements, incl. in the field of chronic diseases.

It is proposed to pay more attention to advertising and campaigning. Army propaganda should explain to young people the goals and objectives of the army, the features of service, advantages, etc. It is proposed to develop new sites and platforms that are popular with young people. At the same time, the disseminated materials should be directed not only to potential recruits, but also to their parents, on whose opinion a lot depends.

The development of a network of recruiting centers may have a positive effect. Now they are located next to military units, but this does not seem to correspond to the tasks set. It is proposed to place new points in other places, incl. in prestigious areas. There they will attract more attention, which may contribute to the growth of interest in the service. 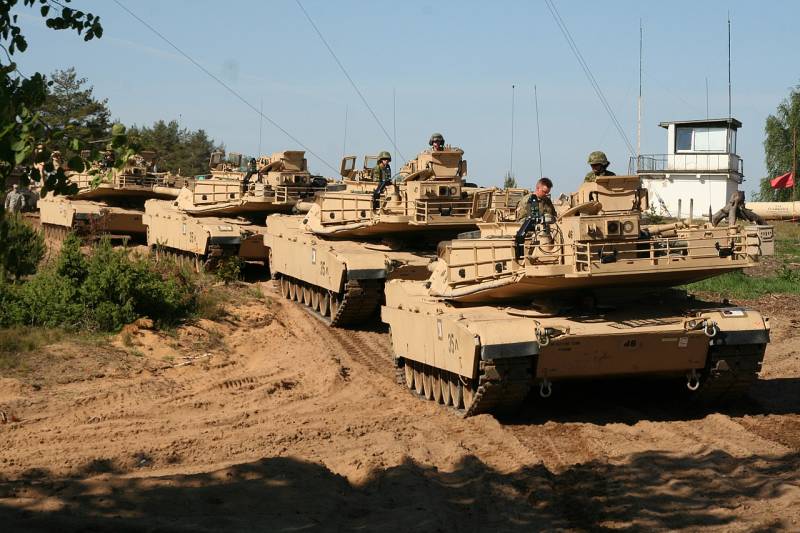 Some departments of the recruiting service are already resorting to a crude but effective solution. Recruits have long been attracted by information about salaries and social packages. Now they are also promised additional large lump-sum payments when they enter the service. Perhaps such measures will also find their addressee.

For the first nine months of FY2022 Pentagon recruiters failed to complete even half of the plan. Only three months remain to search for the remaining recruits. Despite positive forecasts, this task will most likely not be solved, and the recruitment plan will be frustrated. Some branches of the military will be able to get the required number of recruits, but the rest will be in a difficult position.

According to various estimates, the current shortfall is the largest since the abolition of conscription. The army proposes and takes measures to correct this situation and hopes for success, but changes for the better are not guaranteed. Moreover, studies show that several negative trends exist and are increasing in this area. As a result, the situation may even worsen in the future, which will be facilitated by new crisis phenomena.

Thus, as a result of various recent processes, the US Army has ceased to attract young people, and potential recruits are choosing a different career. In addition, the army is ready to accept not everyone into its ranks. All this has already led to a sharp reduction in recruits and threatens the state of the armed forces. Whether it will be possible to cope with such problems and restore the army to its former prestige is a big question.