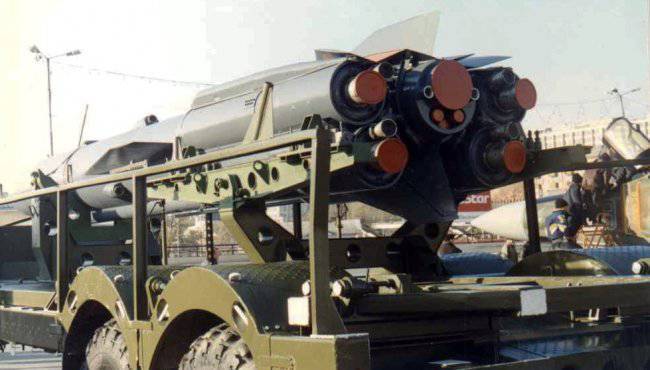 1 on April 1959 of the year was issued Resolution of the USSR Council of Ministers № 363-170 on the development of the world's first anti-ship cruise missile with an underwater launch.

The developers included:
OKB-52 GKAT - head for the rocket;
KB-2 GKAT - sustainer and starting engines;
SRI-6 GKOT - fuel for engines and warheads of the usual type;
TsKB-34 (chief designer B. G. Bochkov) - launching stations for submarines of projects 661 and 670;
SRI-49 (chief designer B. A. Mitrofanov) - missile control systems;
SRI-3 (chief designer N. N. Sviridov) - development of the Rubin hydroacoustic armament complex, which provided for the detection of surface ships and the issuance of target designation for Amethyst missiles.
The Amethyst sketch project was completed in 1959 year. The joint testing phase was held from March 1965 of the year to September 1966 of the year. By order of the CM from 3 June 1968, the Amethyst missile system was adopted by the Navy, where the Amethyst rocket received the secret index P-70 and the unclassified 4K66.

The first carrier of the Amethyst missiles was to be the high-speed nuclear submarine of the 661 project. The K-162 submarine of the 661 project was laid in Severodvinsk on December 28 of the year 1963. However, the work on its completion and testing was delayed, and it entered service only on December 31 1969. The submarine of the 661 project was created to fight the enemy aircraft carrier formations. The speed of a long underwater stroke was 37-38 knots, i.e., it went faster than aircraft carriers and escort ships on 5-7 knots. Ten Amethyst missiles were located in containers placed in the forward part of the submarine, airborne outside the strong hull, obliquely to the horizon. In the future, the serial construction of the 661 submarines was abandoned, primarily because the entire ammunition production required the production of 2 separate salvos, the interval between which was about three minutes, which sharply reduced the effectiveness of the rocket attack. The elimination of this deficiency (the release of all ten missiles in one salvo) led to the need to radically alter the submarine's containment system at the starting depth. 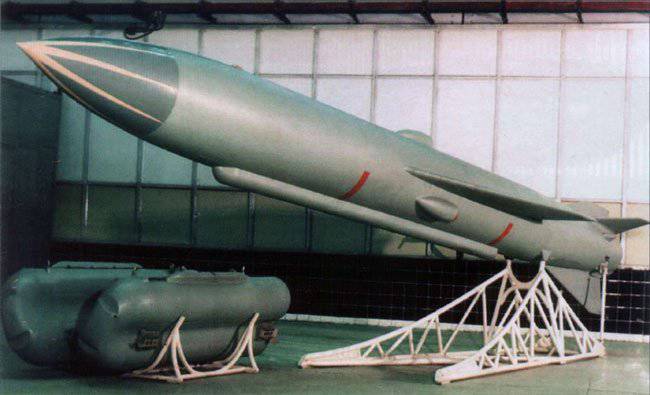 The missile armament of the submarine of the 670 project - eight Amethyst anti-ship missiles - was located in CM-97 container launchers located in the forward part of the ship outside the robust hull at an angle 32.5 ° to the horizon. In the standard ammunition boats included two missiles equipped with nuclear ammunition, as well as six missiles with conventional warheads. RCC firing could be carried out with two four-missile salvoes from a depth of up to 30 at a boat speed of no more than 5.5 knots and waves of the sea to 5 points.

Rocket "Amethyst" was performed by the normal aerodynamic configuration and had a folding wing. 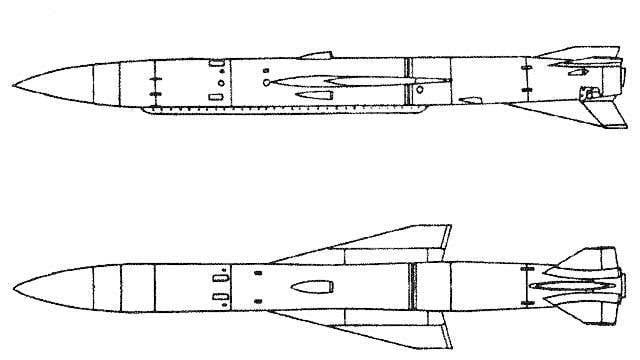 The launch was made from a submarine from a depth of up to 30 m from a container that was previously submerged with seawater. The wings of the rocket automatically opened under water immediately after leaving the container. Four starting engines and submerged engines worked under water, and after the rocket reached the surface, four starting engines of the air trajectory were turned on, and then the main engine. The flight took place at subsonic speeds at an altitude of 50-60 m, which made it difficult to intercept the missile by means of air defense of enemy ships. "Amethyst" was designed for two modes of firing range: 40-60 km and 80 km. A short range of flight allowed target designation by the means of the boat itself. 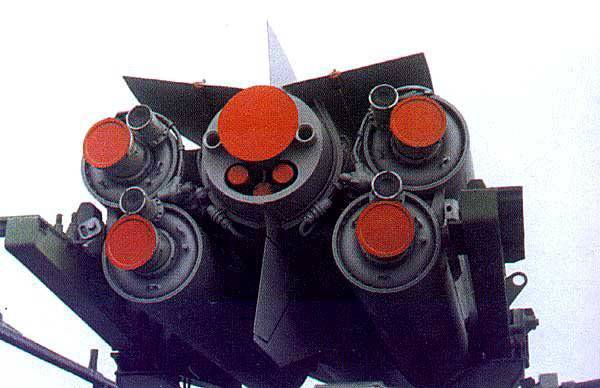 The missile was equipped with a high-explosive-cumulative warhead 4Г-66 weighing about 1000 kg or a special warhead.

The 293-P marching engine worked on injection fuel, and the 4 starting engines of the underwater stroke, 4 starting engines for the air trajectory, and 2 of the engine of debris - on the conventional HMF-2 ballistic powder. The marching engine had an original two-piece scheme with three side bevel half-infused nozzles. The weight of the LTS-2KM brand fuel was 1040 kg. When firing at a distance of 40-60 km, the propulsion engine worked for about three minutes.

The control system "Thor" was developed by SRI-49 of the Ministry of Shipbuilding Industry. Amethyst had an autonomous on-board control system implemented according to the principle of “fired and forgotten”.

The management system included:
autopilot;
radio altimeter;
analog computer
radar homing head.
The homing system itself chose a target from several detected, based on an analysis of the energy characteristics of the signals reflected from the targets and the geometric indications of the location of the targets in the resulting radar pattern, for example, the position of an aircraft carrier in a carrier warrant.

Along with many advantages, the Amethyst rocket also had its drawbacks. First of all, it is a short range of fire, as well as a lack of noise immunity and selectivity of the onboard control system. In addition, the rocket was not universal - the launch was made only from a submarine and only in a submerged position.

Throwing tests were conducted in August-September 1960 of the year. The first stage of the flight design test included 10 launches from the PSA flush stand in Balaclava. The first launch of the cruise missile complex "Amethyst" from a submerged position was made 24 June 1961. Until the end of the year, two more starts were made. In 1963-1964, at plant No. 444, the C-229 submarine was re-designed by the project 61BACK into the carrier of Amethyst missiles. In July-December, 1964 launched 229 missiles from a C-6 submarine, of which 3 had a direct hit, and 2 launches were unsuccessful.

The joint testing phase took place on the Black Sea in a submarine of project 61ZA from March 1965 to September 1966. A total of 13 launches were made, the tests were "mostly successful." In October-November 1967 in the North navy Amethyst flight tests were conducted from a Project 670A submarine. A total of 10 launches. Of these, 2 - single, 2 - two-rocket salvo and 1 - four-rocket salvo.

From January 43 of the year to 1988, the K-1991 submarine was part of the Indian Navy, having spent approximately a year in autonomous voyages. All training missile firing ended with a direct hit on target. 5 January 1991. Boat rental has expired. India has made persistent efforts to extend leasing and even purchase a boat of the same type. However, under pressure from the United States, Russia's leadership abandoned plans to sell nuclear-powered submarines.