October 11 2012
8
Winter xnum th. Late evening.
Branch goes all day through the forest. 15-20 kilometers are left to the city where the soldiers are going.
However, the night is on the nose. I do not really want to spend the night in the forest / field. The patrol discovered a "rigu" in a forest glade. Examined - sort of order. Abandoned, not used by anyone. Chest decided to spend the night in it. 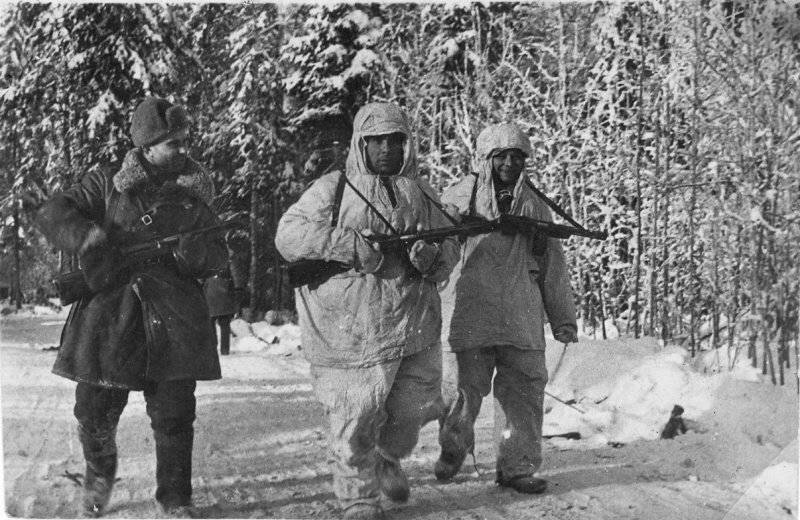 We dined without making a fire (you never know!), Appointed a dress, went to bed. They decided to leave the dress inside - it will be visible outside in the snow, and then, if they hear, they will have time to get ready. Hang up ...

After some time, the attendant shakes the dresser — commander, there is someone here!
Not understood. Who?! Where?!
The duty officer explains. As soon as everyone had settled down, snow creaked outside. As if someone is coming. No one can see through the door. Then it was heard that someone was walking around the barn. Here, listen! ...

Indeed, it was heard as the snow creaks - as if someone is walking.
Like, one. Hm As the door passes, jump out. There - according to circumstances ... Come on!
Pushing the door, we jumped out, ran away. It is already winter night. Silence. No one. Hm Looking for traces - no. None
Damn, I went to sleep. If anything again, wake up. Commode fell asleep.

After some time, the attendant again heard the creak of snow, as if someone was walking. Pushes the commander - again! He cursed, listened. Creaking dog! It is necessary to decide cardinally - separation, lifting! (Almost in a whisper). The soldiers instantly and silently woke up, instinctively checked weapon. Chest made sure that everything is normal. To battle! There is someone outside. By the sound - on the left. We leave, spread out, act according to the situation. Forward!

The branch jumped out of the shed, crumbled, lay down. Night. Winter. Silence. No one. Shoppets! Examined the entire field - no trace. Examined the walls, the roof of the barn - nothing.

Branch gathered in the barn. Discuss. Then someone says - outside the sound of steps! Everyone froze. Someone calmly walked along the wall of the barn. The commander raised his hand - get ready! The steps creaked and creaked. We got to the door. Someone pulled the door handle. Again. Then he pulled with all his might - it was heard that the handle could not stand it, it was torn off. And then there was a terrible roar. Fighters on the team rushed out ...

No one. A torn handle was found in an iron barrel near the door. And - no trace! Until morning everyone sat and waited for the “guest”, without parting with the weapon. But no one else came.

With the dawn the squad moved forward. They decided to have breakfast "on the spot" in order not to spoil the appetite)))

Upon arrival "in place" reported "to whom it is necessary." No traces, except those left by the soldiers, were found. Yes, the doorknob lay in the barrel by the door. Yes, it was not easy to wrest it from the door, but this is not within the competence of the "organs".

Here is a bike. Two of those who were there told her — one of the soldiers and a former chest of drawers. Why do I remember this история? Because no one was frightened by the unusual situation. The guys just took a gun and went to see "according to the situation." Kick, they were not afraid of anything! Well, there was a generation! Bow down