What is the reason for the decline in the growth rate of the Russian economy? 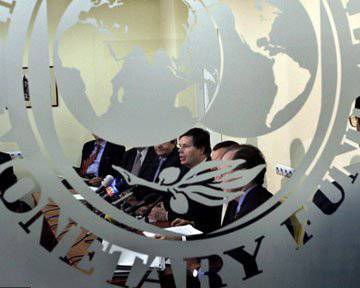 Recently, World Bank experts published a forecast of changes in GDP in many countries around the world. The main trend of this forecast was the global decline in growth. Russia was among the majority of countries whose GDP growth in the current year and year 2013 should decrease. According to early prognostic estimates, GDP growth in the Russian Federation should have been about 3,8%, however, during the year, the World Bank changed its estimate and suggested that the annual growth would be no more than 3,5% over 2012 a year. Next year, WB experts predict a reduction in Russia's GDP growth to 3,6%, with an initial forecast of 4,1-4,2%.


Considering the published figures of the World Bank forecast, which is headquartered in Washington, one would have thought that the experts who were involved in predicting the change in GDP in Russia reacted to our country too biased and tried to do everything not to notice Russian success. However, such an opinion can be safely discarded as clearly contrived, since the World Bank has published quite negative forecasts for reducing the growth rate not only in relation to the Russian economy, but also in relation to, in particular, the American economy, and the world as a whole. This suggests that there is no purposeful selectivity of who needs to make the necessary posts, and whom to put in a minus in the actions of Jim Yong Kean (WB President) and his analysts when forecasting. Therefore, the forecast can be taken quite seriously.

If you pay attention to the projected inhibition of Russian GDP growth by 0,3% per year, then this visually quite small figure may initially not cause concern, however, in the economy, any inhibition has its own reasons, as well as consequences that can manifest themselves in the near future.

First you need to compare the indicators of Russian GDP growth for 2012 a year with the growth rates for previous years, as well as with those of other countries of the world. In the first case, the comparison is clearly not comforting. The fact is that 3,5% growth is the lowest indicator of GDP growth over the past fifteen years, unless, of course, the default 1998 and the peak 2009 are considered from the point of view of the economic crisis. But if everything seems to be clear with the default and crisis, what is preventing the Russian economy today from reaching the target level of growth? It would seem that oil prices have long been below the level of $ 105 dollars. In recent months, the price has gone beyond the mark of $ 110 per barrel of oil. But even this oil positive in a strange way does not allow the Russian economic system to jerk up, demonstrating serious growth. What could be the reason for this state of affairs?

One reason in this case can not be said. World Bank experts, like a number of Russian economic experts, practically unanimously call several prerequisites for a fall in the level of economic growth in Russia.

The first prerequisite is that Russia is increasingly entering the system of the global economy. Russia's recent entry into the World Trade Organization confirms this fact. In this case, they usually say that we are still strangers at this celebration of life, but only the holiday is not yet felt on other streets ... The world economic situation today is such that only those states of the world whose economies continue to fall are showing significant growth nowhere to go In all countries of the world that have the status of developed or actively developing, the growth rate of the economy slows down this year. Even China, which in recent years has hit the world with double-digit economic growth, quite unexpectedly went down and this year, according to the State Bureau of Statistics of China, will show an increase in 7,6%, and according to the World Bank, no more than 7,4% (as you can see, close). If we talk about other BRICS countries, growth in India was reduced to 6,1% on an annualized basis, growth in South Africa will not exceed 3,2%, Brazilian figures are 3,4-3,5% with 7,5% growth in 2010 year.

This once again suggests that Russia is becoming one of those cogs of the global economy, which is affected by a distributed load of total financial negative. On the one hand, Russia has been waiting for a long time to become a part of the world economy, but only today, the awareness of itself by this very part imposes additional responsibility and often makes unpopular decisions.

The premise of the second is precisely due to the fact that such decisions in the Russian Government are trying to be postponed “for later”. In other words, everything that can stimulate economic growth today looks quite aggressive in relation to the social policy announced by the state. Stimulation of economic growth, obviously, may be associated with additional investments in the real sector of the economy, but for the time being, Russia cannot afford to make such investments. The reason for this is the need for cuts in state-funded programs of social importance, and this cut-off can provoke citizens' discontent and protest relations in society.

In this regard, too hot heads have already begun to draw very strange conclusions. They conclude that Putin’s supposedly “golden age”, when the treasury was bursting with petrodollars and thus filling the economy, is leaving. Such an idea is served with a kind of unexplainable piety. Like, now we will see how stagnation will eat up the Russian economy, and put a fat cross on Putin's epoch, because it (the economy) is supposedly fully focused on trading in hydrocarbon raw materials ...

However, with all due respect to those experts who believe that the Russian economy will never get out from under the oil and gas dependence, I would like them to object. The fact is that if the Russian financial system were entirely based on the oil and gas sector, the World Bank would not give out 3,5% forecast, but give all 5% growth, and even more. It is painful for such a rise in the raw material economy a figure in 5% and higher with sufficiently high oil prices suitable. But the fall in Russia's GDP growth rates gives food for thought that over the past few years, the percentage of the impact of the commodity sector on the entire Russian economic model has declined. No, of course, one cannot say that Russia finally finally got off the oil needle and turned to a diversified economy. Oil and gas revenues still play too large a role in the formation of the Russian budget, but the fall in growth figures against the background of consistently high oil prices indicates that diversification measures are being taken, and, moreover, they work. One proof of this is the fantastic growth of the Russian Internet economy. In this regard, Russia occupies one of the leading places in the world. To judge this, it is enough to mention the number of growth of the Internet economy in the Russian Federation in the first half of this year: 14,9%. If this rate is maintained, the annual growth expected by economists can leave around 30%! The only pity is that the Internet economy itself is still only one hundredth of the total Russian financial system ...

Moreover, the words about ending a certain “golden age” are generally more like nonsense, since in Russia the overwhelming majority of citizens can hardly call their life a sample of the past 10 anniversary truly golden. Yes, people who had the opportunity to have a hand in oil and gas revenues, of course, can talk about a certain “golden time”, but most likely, these people still have everything chocolate ... With any growth and fall in GDP, they have everything chocolate ...

If we continue to talk about the end of a certain epoch, it’s not the era of Vladimir Putin that ends, but the era of old approaches to the development of the economic system developed by Western experts long before the appearance of Vladimir Putin himself. The financial laws by which the world lives during the last decades, obviously, are becoming obsolete. And if someone decides to challenge this, then it is completely incomprehensible why the decline in growth is observed not only in Russia, but throughout the developed and relatively developed world, if everything is so good and cloudless around.

Of course, negative changes in the Russian economy, as an integral part of the global economy, can lead to negative consequences in the life of the country. And in order not to repeat the fate of Greeks who have been loaned to their ears, or of Americans who have sat down on their own printing press, it is necessary to proceed to the use of new levers to stimulate the economy. One such leverage could be trade integration with its closest neighbors. Mutually beneficial economic cooperation with Kazakhstan, Ukraine, Belarus is fully capable of spurring the opening of new jobs, which in itself can drag the Russian economy forward. In addition, the development of the banking and insurance systems in the Russian Federation can be a lever for development. Regional growth can help increase growth. In particular, the wealth of the Far East alone is of such magnitude that their rational and timely development will breathe life-giving power into the economy of such a large region and attract huge investments.

However, any economic lever of Russia has its main drawback: as soon as it begins to set in motion capital, it immediately grows with bureaucratic and corruption rust ... And here the government must demonstrate that the economy is free from this rust to give reason to declare that their era is passing.

Ctrl Enter
Noticed oshЫbku Highlight text and press. Ctrl + Enter
We are
Situational analysis of the death of the MH17 flight (Malaysian Boeing 777), made on the basis of engineering analysis from 15.08.2014BRICS: friendship against the dollar
Military Reviewin Yandex News
Military Reviewin Google News
35 comments
Information
Dear reader, to leave comments on the publication, you must sign in.