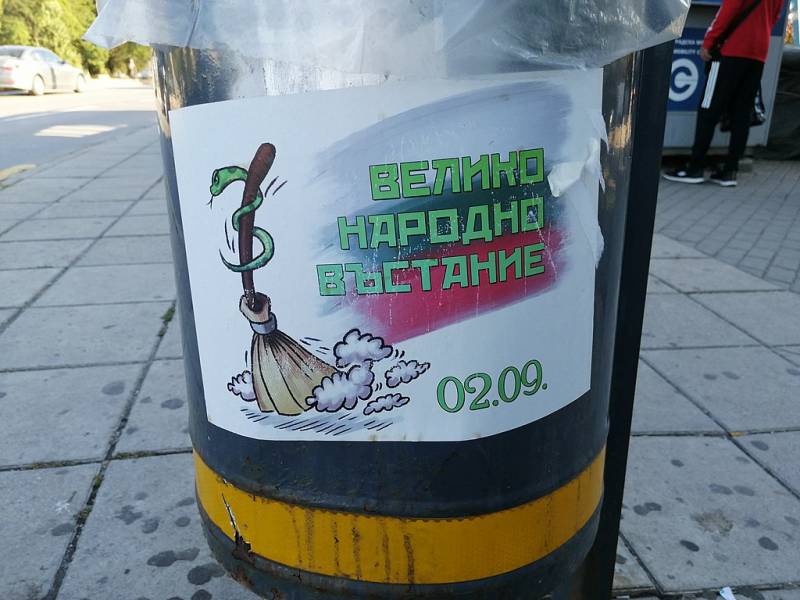 Yes, a country whose name we often hear about (and mostly negatively lately) is going to have a big nix. Moreover, the circumstances are very peculiar, and in order to perceive them correctly, one must carefully consider everything.


What for? Well, at least in order to understand whether it is beneficial to us (in the sense of Russia) or not. In neighborly terms, to determine whether it is a blessing or a victory. Or if in Bulgarian - sadness or ruin.

For the Russian ear, both terms sound as if in the same key, don't they? In fact, it does not deceive, that's the way it is.

So, Bulgarian Prime Minister Kirill Petkov left, and not just left, but banged on the door. In general, it is not common for politicians to make such statements, but apparently Petkov was very upset. 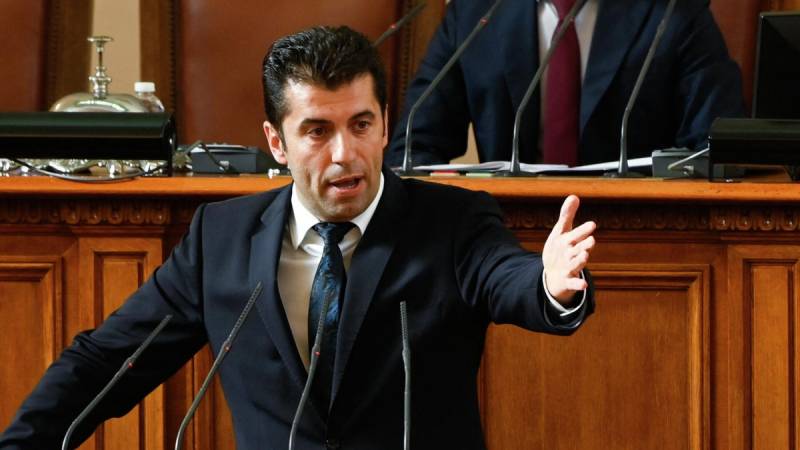 Indeed, it is not every day that governments are given such a plop as a vote of no confidence. There is something to worry about, especially considering that the Bulgarian parliament voted 123 votes for no confidence, with the required 121 out of 240 deputies.

The initiators of this step were the deputies of the GERB party, headed by former Prime Minister Boyko Borisov. And they were joined by other parties of the opposition bloc: "Renaissance", "There is such a people" and "Movement for Rights and Freedoms".

In theory, Petkov and his party "Continue Changes" should receive a mandate from the president and try to form a new council of ministers. If they fail, the second mandate will be given to the GERB party. And if the initiators of everything also fail to form a government, then President Radev himself will decide who will receive the right to a third attempt.

If, as a result of these procedures, the government is not formed, the head of state must dissolve the parliament, appoint an official cabinet and announce early elections.

This is the outlook for the near future.

However, Petkov freaked out and resigned.

Moreover, in his statement, he blamed what was happening, describing it as nothing more or less than the overthrow of the government, three Bulgarian politicians (okay, two and a half) and Russian Ambassador to Bulgaria Mitrofanova.

And here it is necessary to analyze everything personally, because there is a dissonance.

We will not discuss Eleonora Mitrofanova, she symbolizes Russia in Bulgaria, everything is clear here. In theory, if everything that is happening is some kind of pro-Russian coup, then yes, the ambassador simply has to be in the know and "in business."

However, we look at those who did it all.

The first person Petkov accused was a certain Delyan Peevski. 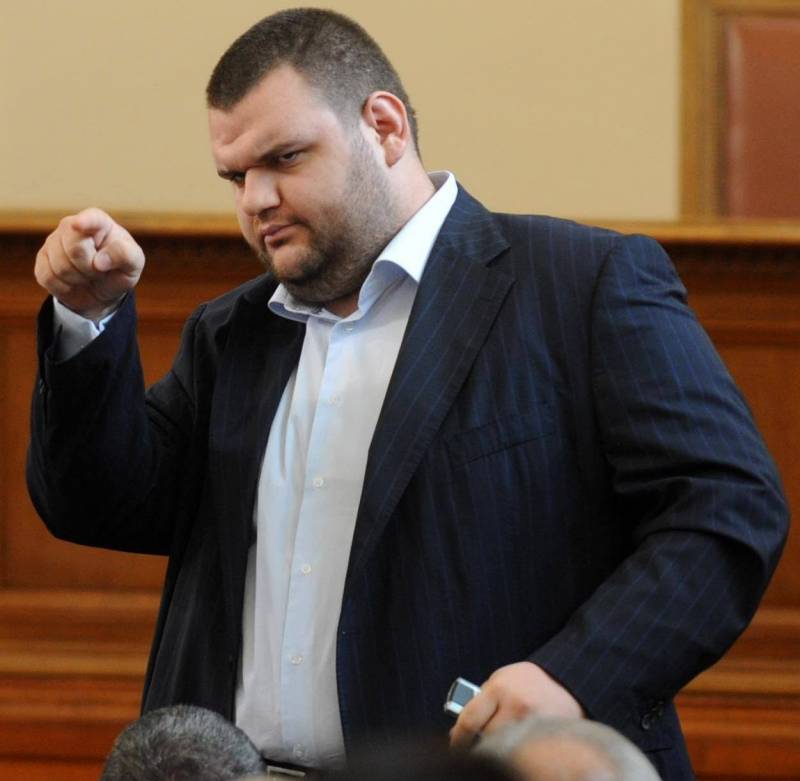 This is a Bulgarian oligarch, a media mogul who owns a good half of all media. Yes, this person can easily complicate the life of anyone, this cannot be denied. But to call Peevka pro-Russian is stupid.

In politics, he started in the National Movement of Simeon II, the former last king of Bulgaria. When Simeon of Saxe-Coburg-Gotha was elected head of the country's government, on April 1, 2004, Bulgaria joined NATO under his rule. Then Peevski was a member of the DPS, the Movement for Rights and Freedoms. This is an openly pro-Turkish party that defends the rights of the Turkish minority in Bulgaria.

To Russia - no sideways noticed.

Next, we have the second person involved in the charges, Stanislav/Slavi Trifonov. Musician, also a media figure, founder of the party "There is such a people." 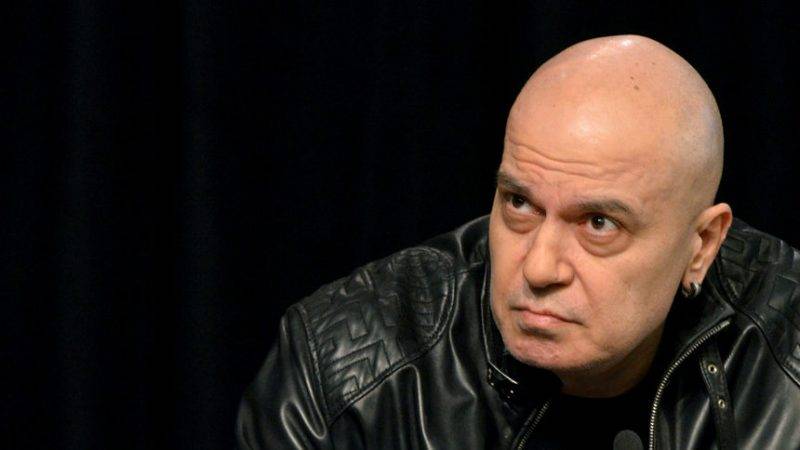 The party criticizes Bulgaria's plight, corruption, lack of freedoms, obstruction of business, backward healthcare, and proposes popular measures to improve the situation in the country for every industry. For everything good against everything bad, moreover, the party is a real force.

Moreover, until recently, the party "There is such a people" was in a coalition with the party "Continue to change" of the now former prime minister.

I did not find any intelligible relation to Russia. The party is clearly focused on solving internal problems.

The third is Boyko Borisov. 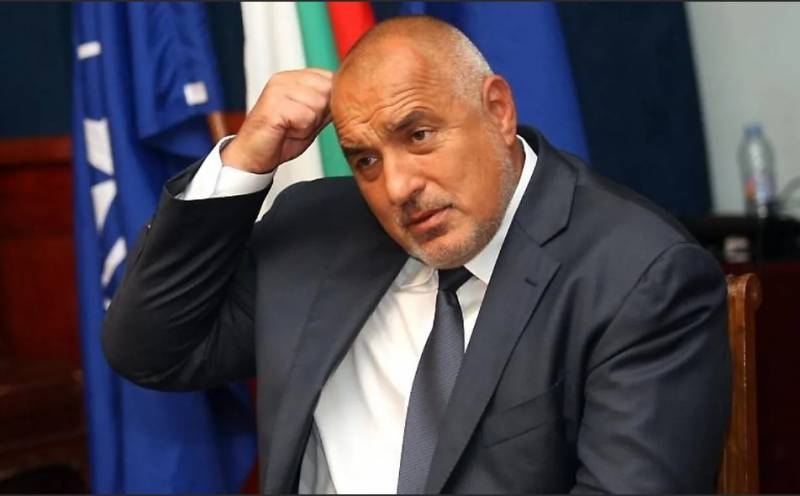 Former prime minister, founder and head of the GERB party (Citizens for the European Development of Bulgaria). The very name of the party speaks of a European orientation, Borisov himself throughout his premiership demonstrated a restrainedly negative attitude towards Russia. He participated in the Nambucco gas pipeline project, bypassing Russia (the project was not implemented), South Stream held back as best he could.

A participant in numerous scandals within the country, he was arrested on the proposal of the EU prosecutor's office.

With Borisov, everything is more than clear.

And there was also the Renaissance party. This is what it is - "to the heap." The party is new, since 2014, it is headed by Konstadin Konstadinov, a more than original and interesting personality. 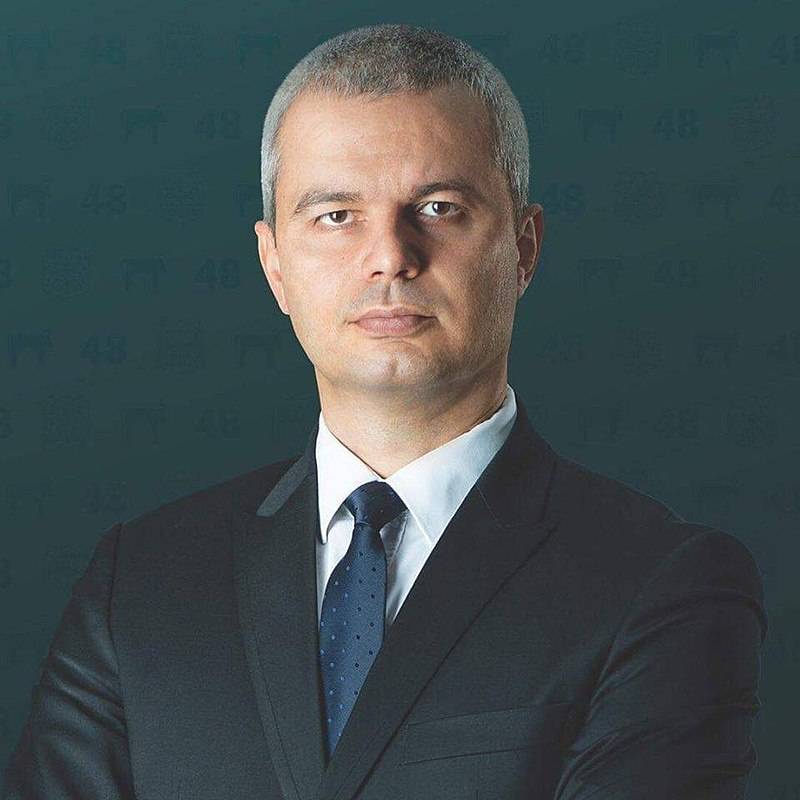 In general, Konstadinov reminds me of our Limonov, only in a reduced proportion. A smart man, but somewhat rabid. But his Renaissance party is openly national Russophile, anti-Western and anti-European. That is, our people.

However, the party is simply tiny, in the Bulgarian National Assembly there are only 13 seats out of 240, that is, the party cannot show any serious influence on the events in the country.

And now, according to Petkov, these people, together with the Russian ambassador to Bulgaria, are "guilty of overthrowing the government." A pro-European, a pro-Turk and, at best, a neutral suddenly fell under the malicious influence of the Russian ambassador and decided to overthrow the existing government of Bulgaria, which led the country to prosperity and prosperity.

In general, if you look closely at those who "overthrew", then these are yesterday's rulers. Or behind-the-scenes rulers. Which have already led Bulgaria to a brighter future. Another question is where did they end up.

On the whole, what happened in Bulgaria is a completely normal phenomenon, the same Borisov flew out of the post of prime minister twice, if I'm not mistaken. Didn't make it to the end of the term.

Apparently, the gentlemen did not share something among themselves. In general, it can be seen with the naked eye that Borisov, who constantly quarreled with President Radev and accused him with or without reason, just wants to become prime minister for the fourth time.

Moreover, here Russia represented by the ambassador and the tiny pro-Russian Renaissance party, when at least three influential and wealthy people participate in the “batch” (okay, Peevski is the richest), weighing a lot politically, is not clear.

Of course, you need to blame someone for your troubles, and today it is very topical to blame Russia for everything. The trend has already taken shape.

So yes, the actions of the Petkov government simply did not suit the pro-European and pro-Turkish politicians in Bulgaria. Therefore, no sudden turns and reversals in the foreign and domestic policy of Bulgaria are expected, since these are showdowns between their own. With an attempt to blame everything from sick heads to healthy ones. 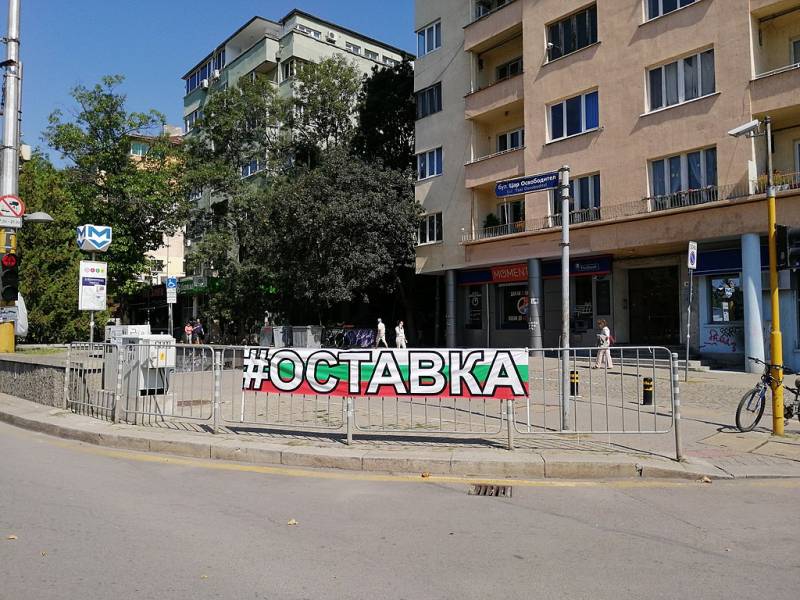 But we are used to it. We got rid of pink masks a long time ago, through which fraternal Bulgaria was seen well.

However, in the light of recent events there, on that edge of the warm Black Sea, it would be worth thinking about what you can say in the direction of your Black Sea neighbor, and what to refrain from.

The prime minister, who even resigned, but did not surrender his powers, is an official. Political. And throw such accusations towards a country that for the whole history its existence has not done anything negative in relation to Bulgaria is not worth it.

As practice shows, the approach to solving some problems has recently changed not in the direction of long conversations. And yes, in fact, that sadness, that ruin - the result will be the same. Unfortunately.